The 19-year-old Chinese played at a high level from the start in the round competition against Belgian Greet Minnen to wrap up the match 6-4, 6-1 in just 75 minutes. 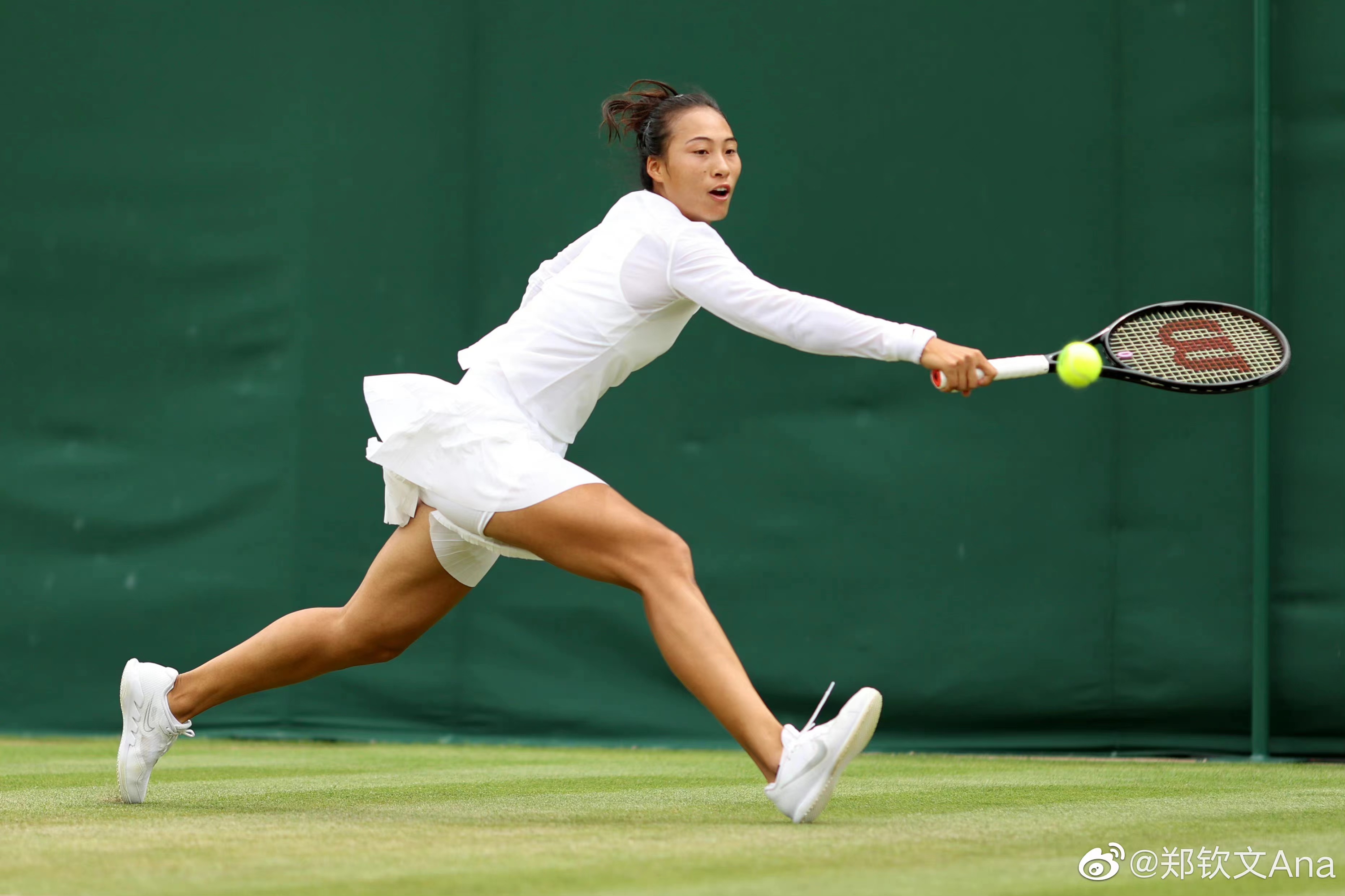 Zheng, ranked No.52, will play the 17th seed Elena Rybakina of Kazakhstan, who held off former US Open champion Bianca Andreescu 6-4, 7-6, in the next round. 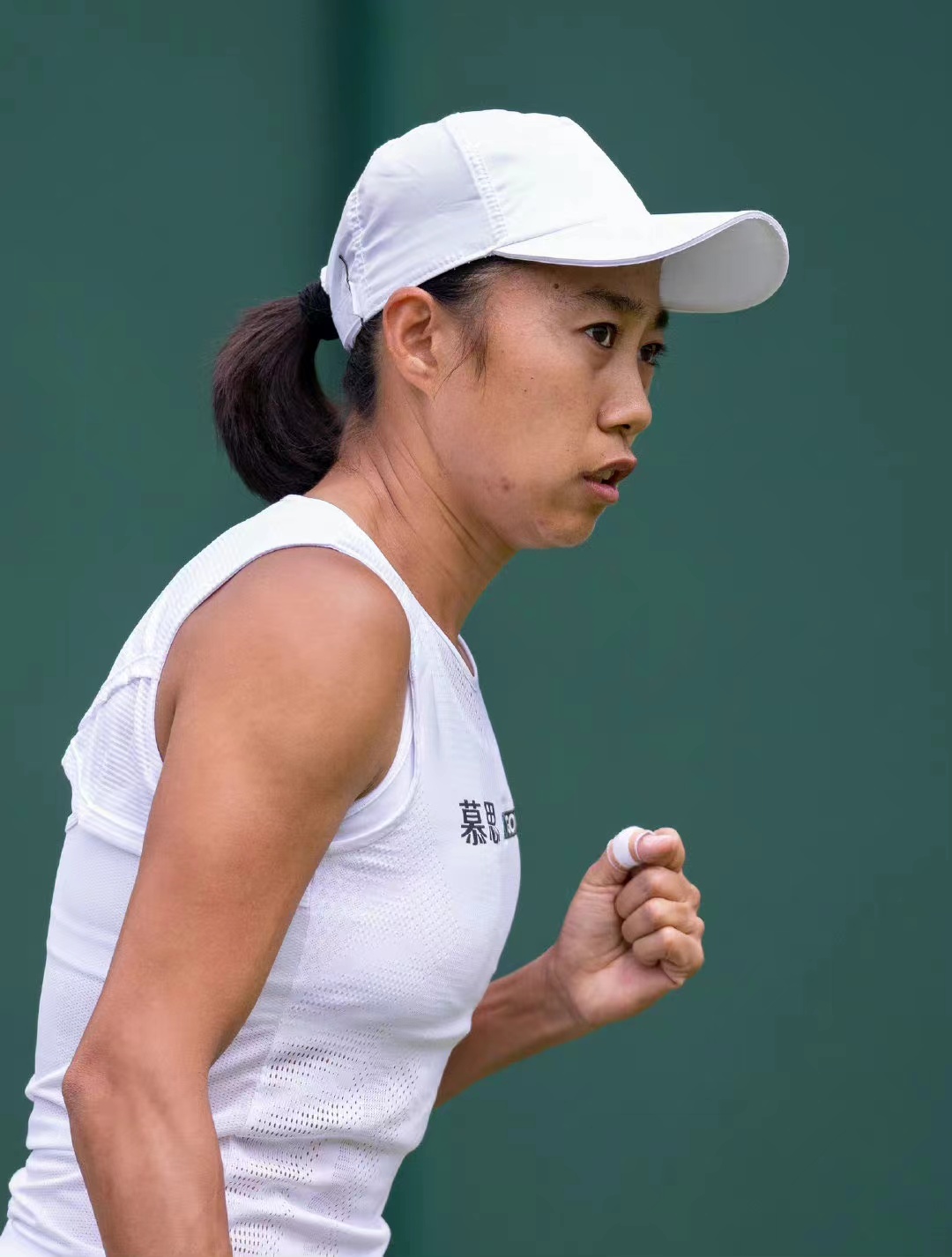 Zhang Shuai of China competes in the second round women's singles match of the Wimbledon tennis championships in London, on June 30, 2022. (Photo: Weibo account of Wimbledon Championships)

Zhang eliminated Ukrainian Marta Kostyuk 7-6(6), 6-2 and she will face off against France's 55th-ranked Caroline Garcia, who beat home favorite Emma Raducanu on Wednesday. Iga Swiatek extended her win streak to 37 matches as the No.1 seed and favorite at the Grand Slam tennis event struggled to top Lesley Pattinama Kerkhove 6-4, 4-6, 6-3 in over two hours. 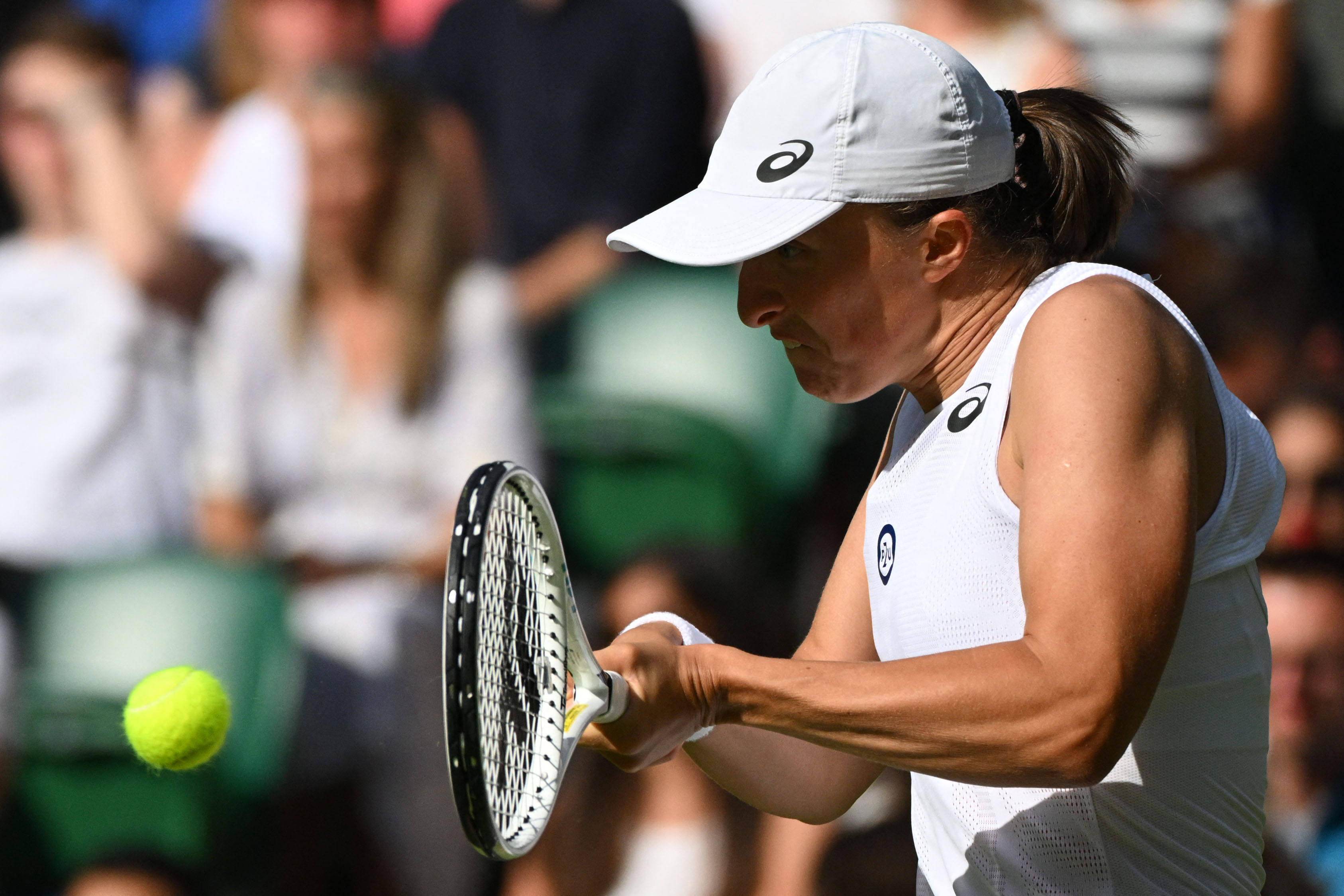 Poland's Iga Swiatek returns the ball to Netherlands' Lesley Pattinama Kerkhove during their women's singles tennis match on the fourth day of the 2022 Wimbledon Championships in London, on June 30, 2022. (Photo: AFP)

2019 Wimbledon champion Simona Halep was made to work in her second-round showdown with Belgium's Kirsten Flipkens, coming back to seal a 7-5, 6-4 win to advance to the third round.

In the men's singles event, top seed Novak Djokovic reached the third round for the 16th time by beating Thanasi Kokkinakis of Australia 6-1, 6-4, 6-2 on Wednesday, while Andy Murray suffered his earliest-ever exit from the All England Club. 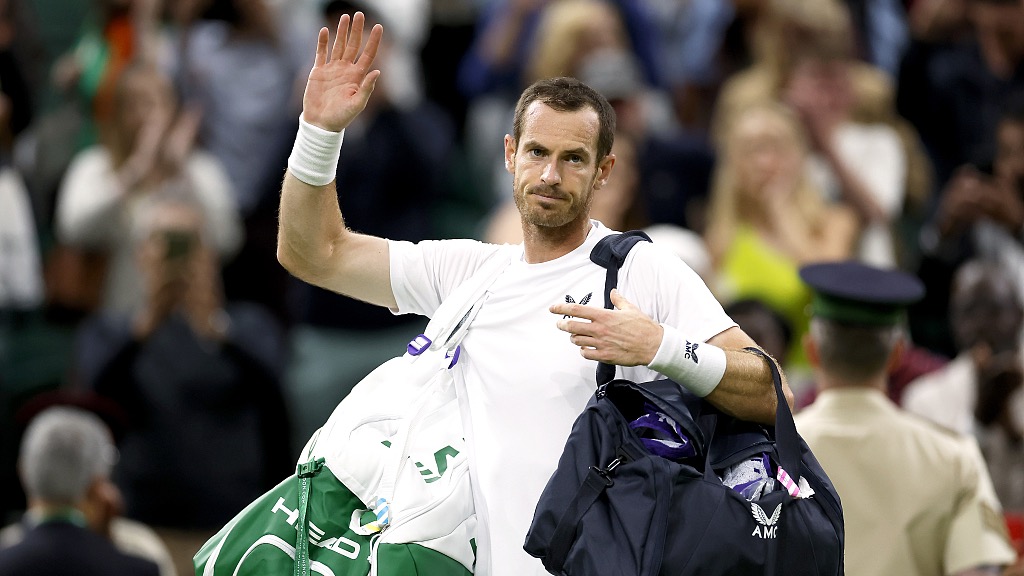 Andy Murray applauds the fans after defeat in the second round match against John Isner on center court of the Wimbledon Championships in Wimbledon, England, June 29, 2022. (Photo: CFP)

Rafael Nadal was again forced to dig deep to reach the third round as the Spanish second seed recovered from losing the third set for the second straight match to beat Lithuanian Ricardas Berankis 6-4, 6-4, 4-6, 6-3. 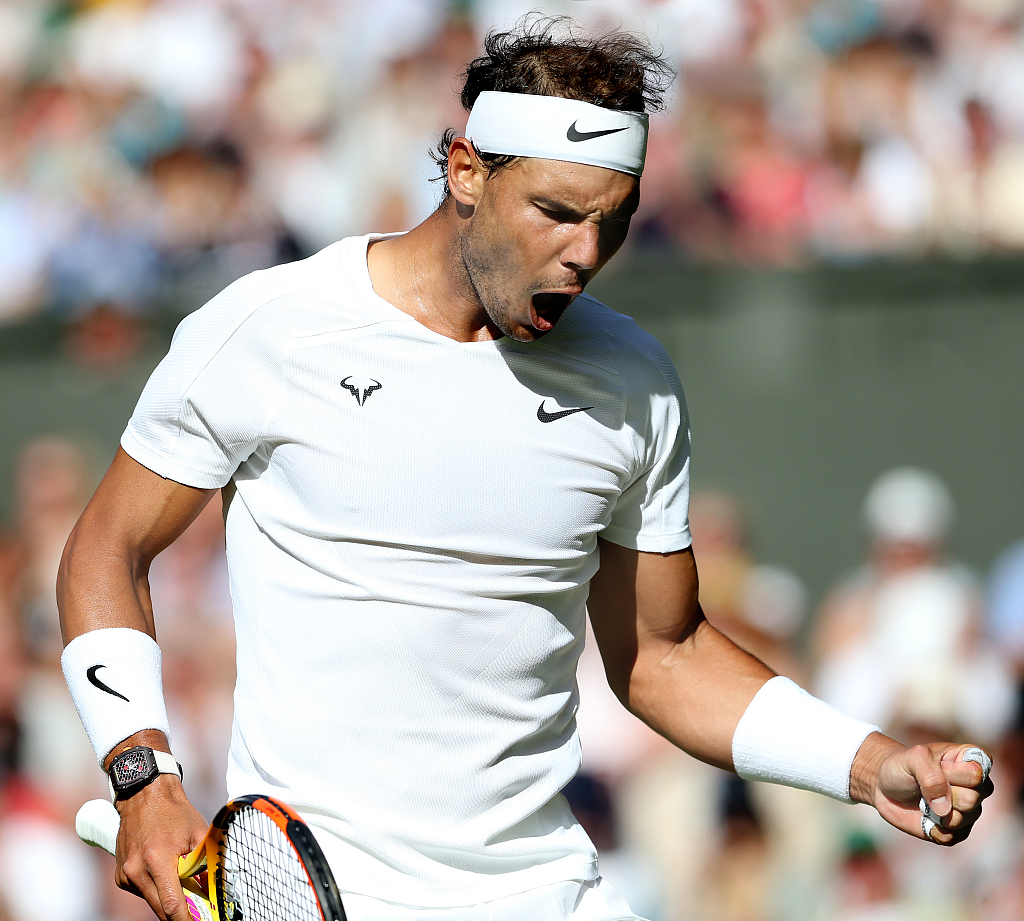 Rafael Nadal of Spain in action during his match with Ricardas Berankis of Lithuania in Wimbledon, England, June 30, 2022. (Photo: CFP)