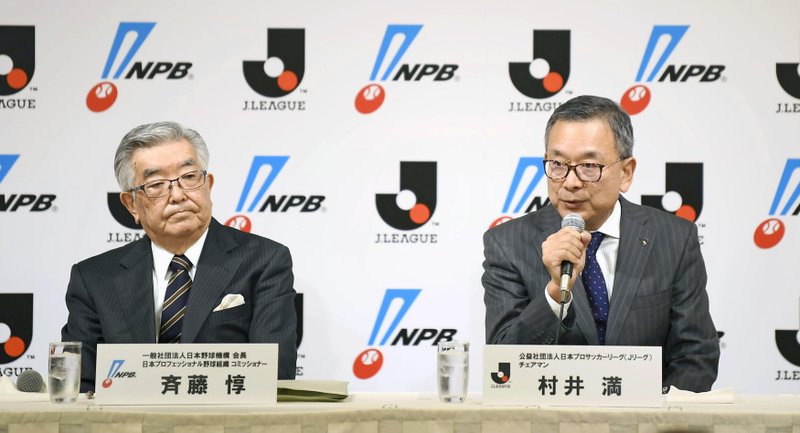 The opening of the Japanese baseball season is in doubt because of the outbreak of the new virus, officials said Monday, as the nation’s baseball and soccer leagues tapped three medical experts as advisers.

Baseball commissioner Atsushi Saito said protecting fans, players and coaches was critical. Preseason games are being played in empty stadiums, with a hope the regular season can begin as scheduled on March 20.

But Saito acknowledged assessing whether the regular season can open — and with or without fans — is a delicate decision, noting the virus outbreak wasn’t expected to subside soon.

“That is the difficult part,” Saito said. “At this point, we still can’t say what action we will take under what conditions.”

The J-League soccer competition joined Nippon Professional Baseball in forming the panel to assess the virus outbreak. The panel, to be up and running by Tuesday, will include representatives from each of the 12 professional baseball clubs, as well as J-League representatives. It will come up with recommendations by the middle of this month, officials said.

The J-League had begun, but has suspended play. It hopes to resume on March 18.

“We must realize we have a responsibility for people’s health,” Murai said.

Reporters at the news briefing were required to wear masks, although Saito and Murai did not wear masks. They also shook hands afterward.

The Japanese government has indicated it sees the next couple of weeks as crucial to containing the spread of COVID-19, which began in China late last year.

The virus has sickened more than 89,000 people worldwide, mostly in China, but also Italy, Iran and South Korea. Japan has about a dozen deaths and about 1,000 cases, including people on a cruise ship that docked in a port city near Tokyo.

Events in Japan have been canceled in droves. Amusement parks, concerts, festivals and other places drawing crowds, including Tokyo Disneyland, have shut down. Schools across the nation have also been asked to close early for spring break. Worries are growing whether the Tokyo Olympics can go on as scheduled.