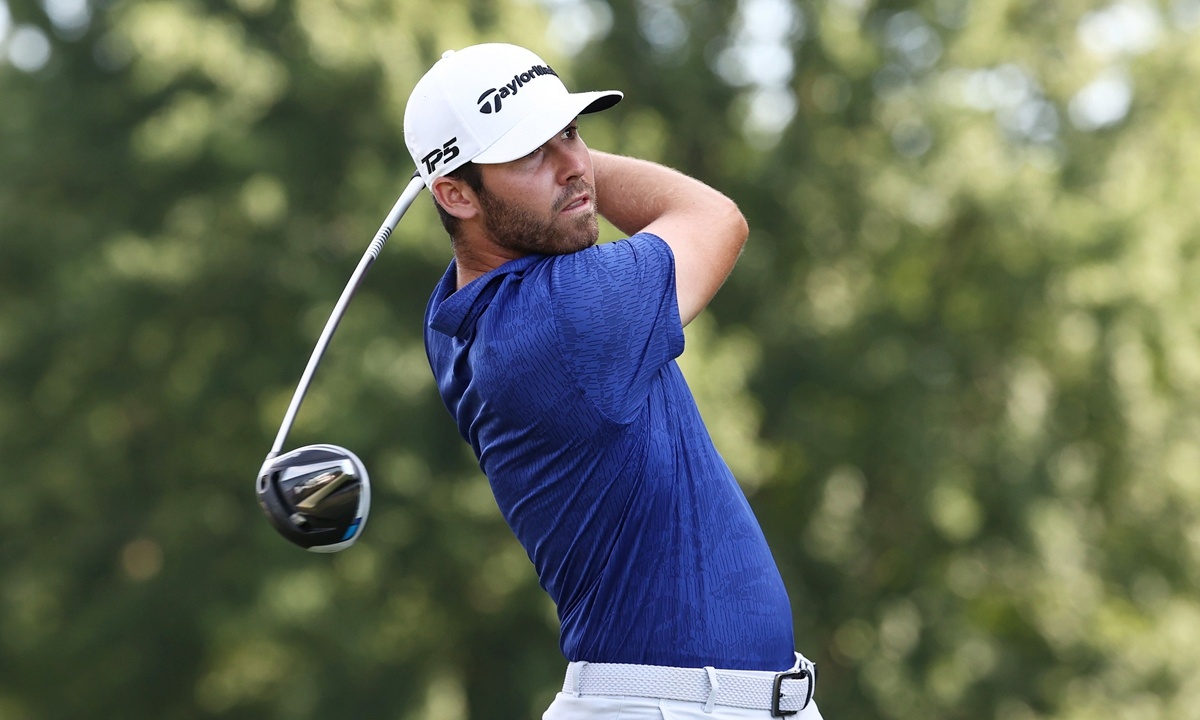 Matthew Wolff plays his shot from the 17th tee during the third round of the Rocket Mortgage Classic on Saturday in Detroit, Michigan. (Photo: VCG)

Matthew Wolff said he got a sense of calm from the ice cream truck that circled ­Detroit Golf Club on Saturday as he capped a solid round with a superb finish to grab a three-shot lead at the Rocket Mortgage Classic.

Wolff, who is bidding for his second PGA Tour win, made an eagle and three birdies over a sizzling six-hole stretch on the back nine en route to an eight-under-par 64 that brought him to 19 ­under on the week.

The 21-year-old American said it felt like he made a birdie every time he heard the ice cream truck make its way around a course that was closed to spectators in a bid to stem the spread of ­COVID-19.

"I heard the ice cream truck and I'm like, I have a good feeling about this," Wolff said about the 35-foot birdie putt he made at the par-three fifth.

"Just had that little like ice cream truck song in my head and I think that helped me just not think about the speed or the line or anything, just keep my head free."

Wolff's 54-hole total of 197 is a career low, one better than he had at last year's 3M Open in Minnesota where he went on to triumph in only his third start on the PGA Tour as a professional.

If he wins on Sunday, Wolff would become one of the youngest two-time winners on the Tour. Tiger Woods won his first two PGA tournaments at age 20.

World No.10 Bryson DeChambeau (67) and career journeyman Ryan Armour (67) were in a share of second place at 16 under while second-round co-leader Chris Kirk (70) was among a group of four golfers a further two shots adrift.

Overnight co-leader Webb Simpson (71) was unable to keep pace with the flurry of low scores, leaving the world No.6 plenty of work to do in his bid to win two consecutive starts.

"It was frustrating. Didn't have my best stuff," said Simpson, the highest-ranked player in the field.