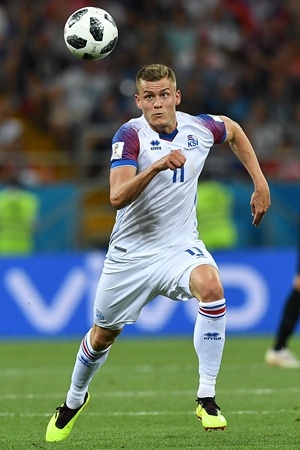 The men from Brazil have the best record at the FIFA World Cup. Not only have they won it five times, but they are the only national team to have been at all 21 tournaments - and they certainly will be expected to be there at the World Cup in Qatar in 2022, if and when the South American qualifiers scheduled to begin in September can get underway.

While Brazil are in rarefied air, there are plenty of nations that have a much less extensive record. Qatar, the hosts of the next World Cup, which is set to be the first one to take place in winter because of the heat in the Middle Eastern nation, are yet to play their first ever World Cup game. They will be hoping to make history when the tournament kicks off.

That will be a first World Cup appearance for the current AFC Asian Cup holders, a title which they won in the UAE last year after an impressive tournament. When they do play, they will be the latest to add their names to the list of countries with a solitary World Cup appearance.

The most recent of them are Panama and Iceland who made their debuts at the last World Cup in Russia in 2018. Panama were drawn with England, Belgium and Tunisia - with the two European sides going on to reach the semifinals, Panama lost all three games but did take the lead in their final match against Tunisia. Iceland drew with 2014 finalists Argentina in their opening group game but lost to Nigeria and eventual runners-up Croatia.

Bosnia and Herzegovina made their first appearance at the World Cup in Brazil in 2014 - and like Iceland four years later they would be drawn with Argentina and Nigeria, along with Iran. National glory was secured with a first World Cup goal in their defeat to eventual finalists Argentina in the Maracana before history was made with a 3-1 win over Iran in their final group game.

Slovakia got out of the group stages at their first World Cup in 2010 in South Africa. The biggest shock was that in a group featuring the new boys, Paraguay, New Zealand and Italy, it was the four-time winner and defending champions who finished bottom of the group. Slovakia ensured that with a 3-2 win over Italy before losing 2-1 in the second round to eventual finalists the Netherlands.

The 2006 World Cup in Germany saw four teams make their one and only appearance so far. Angola, Togo, Trinidad & Tobago and Ukraine made their bows and it was a mixed bag for the new boys.

Trinidad & Tobago drew their first game, taking a point off Sweden, but lost to England and Paraguay; Angola lost to Portugal before two draws with Mexico and Iran; and Togo lost to South Korea, Switzerland and France. Ukraine were the only team to make the next round - coming back from a 4-0 opening loss to Spain with wins over Saudi Arabia and Tunisia. They beat Switzerland on penalties to face Italy in the quarters, where they lost 3-0.

Four years previously in Japan and South Korea, which co-hosted the 2002 World Cup, China were the biggest-name debutants at the tournament. A tough draw put them in the same group as Brazil, Turkey and Costa Rica. It started with a 2-0 loss to the Central Americans before a 4-0 defeat to Brazil and then a 3-0 win for Turkey.

Jamaica went to France for their only World Cup in 1998 and the Reggae Boyz had a tough group. Argentina, fellow new boys Croatia and Japan stood in their way and it started with a 3-1 win for Croatia before a 5-0 walkover for Argentina. Jamaica took their first and so far only three points at a World Cup with a 2-1 win over Japan in the final game.

There were no teams at USA 1994 who have not played before or since, making it one of the rare World Cups in that regard along with 1966, 1962, 1954 and 1950 since the tournament's post-war resumption. Italia 1990 saw the UAE make what is so far their only appearance at a World Cup. They faced Colombia, eventual winners West Germany and Yugoslavia. They lost all three games: 2-0, 5-1 and 4-1 respectively.

Iraq and Canada both call the Mexico 1986 World Cup the peak of their footballing achievements. Neither side won a point. Iraq faced the hosts, Paraguay and Belgium, while Canada had the Soviet Union, France and Hungary. Kuwait made it to Spain 1982 where they won a point in their game against Czechoslovakia, before a 4-1 loss to France and a 1-0 defeat to England.

The same happened to Zaire (now DR Congo) and Haiti at the 1974 World Cup in West Germany. Both sides failed to get a point, although Zaire's Mwepu Ilunga did gain infamy for kicking the ball away at a free kick. They also lost 9-0 to Yugoslavia in their second group game, which remains a record, and was sandwiched between defeats to Scotland and Brazil. Haiti scored against Italy and Argentina - losing 3-1 and 4-1 - but this was either side of a 7-0 loss to Poland.

Israel's only appearance so far came in 1970. Defeat to Uruguay in Mexico was followed by draws with Sweden and Italy but it still left them bottom of their group.

The most successful side to play only one World Cup before Ukraine was Wales in 1958 in Sweden. They finish second in their group behind the hosts with three draws as they beat Hungary in a playoff before losing 1-0 to Brazil. It was a feat matched by Cuba in France in 1938, before group stages. Cuba beat Romania on penalties before an 8-0 loss to Sweden, while fellow one-timers Indonesia lost 6-0 to Hungary in the first round.