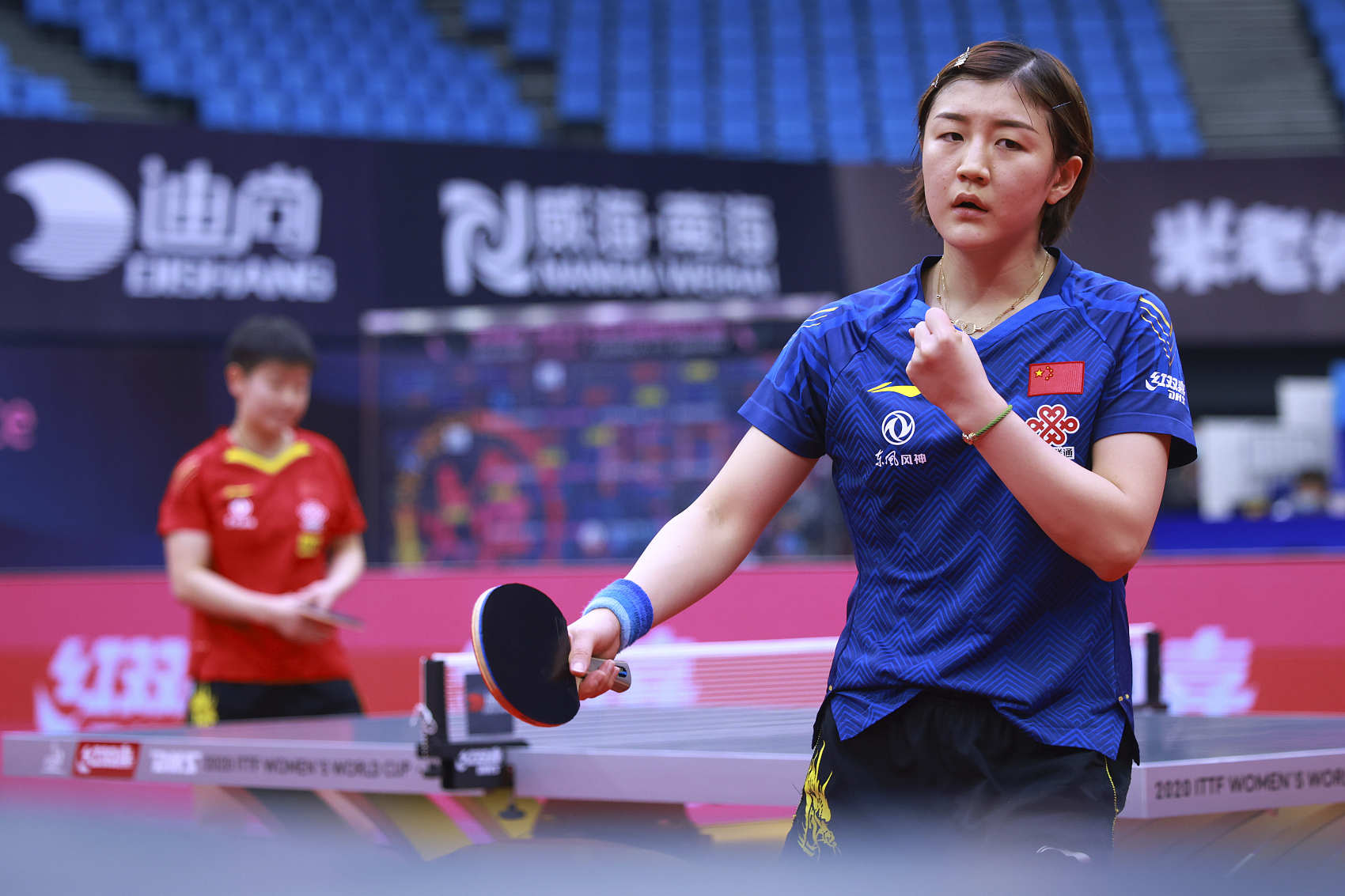 "This victory is a significant breakthrough for me. About half a month ago, I got the national championship here, and now I'm the World Cup winner," said Chen.

Eyeing the ITTF Finals to be held from November 19 to 22 in Zhengzhou, China, Chen hoped she can carry the momentum into the tournament.

"This win will boost my confidence and help me chase glory in the ITTF Finals," Chen added.

Han lost to Chen in a seven-game thriller four hours earlier and looked fatigued in the duel with Ito.

"I am satisfied with the result. After losing to Sun in the semifinals this afternoon, I adjusted my mindset and quickly got into the third place match," said Ito.