World No. 2 Daniil Medvedev may miss French Open after surgery

World No. 2 men's tennis player Daniil Medvedev of Russia underwent surgery on Saturday to fix a small hernia. He is likely to rest for one to two months and may miss the French Open that begins on May 22. 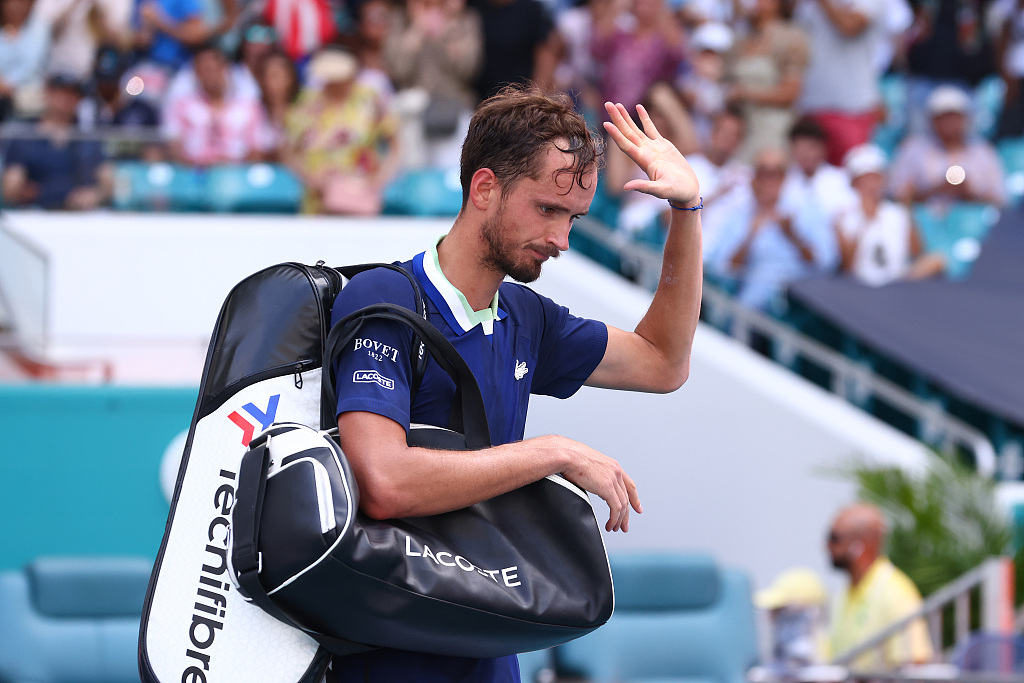 Daniil Medvedev of Russia waves to the crowd after losing to Hubert Hurkacz of Poland in the men's singles quarterfinal match of the Miami Open at Hard Rock Stadium in Miami Gardens, Florida, US, March 31, 2022. /CFP

"Hi everyone. The last months I have been playing with a small hernia. Together with my team I have decided to have a small procedure done to fix the problem. I will likely be out for the next 1-2 months and will work hard to be back on court soon. Thanks for all the support," Medvedev posted on Twitter on Saturday.

Later he tweeted another photo of him lying in bed and watching a football game with the words: "Recovering … but still watching. Can you guess who is playing?"

Medvedev won his first Grand Slam singles title at the US Open in 2021 and then surpassed Novak Djokovic of Serbia as world No. 1 for the first time in his career in February. However, after he was upset in the third round at the Indian Wells Masters in March, Medvedev fell back to second. 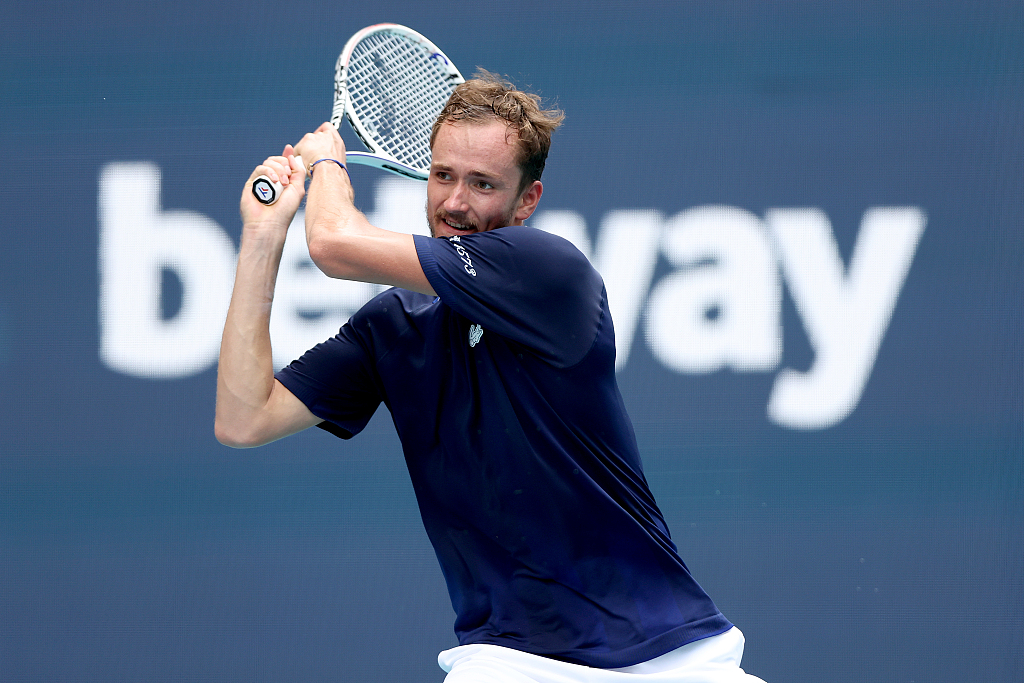 Daniil Medvedev of Russia returns a shot in the men's singles quarterfinal match against Hubert Hurkacz of Poland, March 31, 2022. /CFP

Having lost to Hubert Hurkacz of Poland in the quarterfinal match at the Miami Open on Thursday, Medvedev failed to gain the world No. 1 position back and already felt under the weather at that time.

Medvedev's best record at the French Open was reaching the quarterfinals in 2021. He hasn't won any titles during the clay season. By contrast, Djokovic won titles at Roland Garros in 2016 and 2021. If he competes at the French Open this year and goes far in the tournament, Medvedev will have a lot more than 55 Association of Tennis Professionals points to catch up when he returns.

Considering that the COVID-19 vaccine passport is no longer required in France, unvaccinated Djokovic is very likely to participate in the French Open and chase his 21st Grand Slam title.

Rafael Nadal of Spain already won his 21st Grand Slam title at the Australian Open in January, which Djokovic failed to attend because of his unvaccinated status.