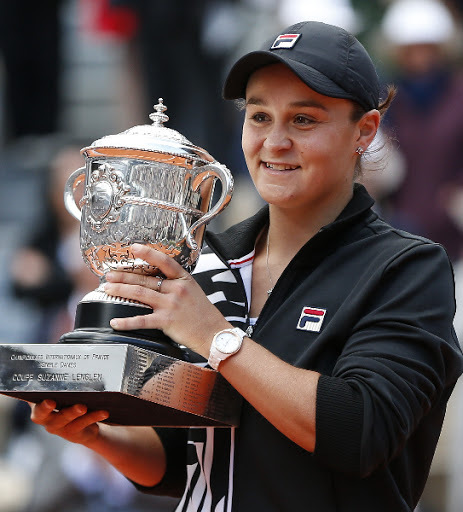 Ashleigh Barty of Australia celebrates with her trophy after the women's singles final with Marketa Vondrousova of the Czech Republic at French Open tennis tournament 2019 at Roland Garros in Paris, France on June 8, 2019. (Photo: Xinhua/Han Yan)

Women's world number 1, Aussie tennis player Ashleigh Barty revealed on Thursday she will not play at this year's U.S. Open, due to concerns over the COVID-19 pandemic.

Barty is the highest profile player so far to pull out of the event which is scheduled to take place in New York from August 31 - September 13.

"My team and I have decided that we won't be travelling to the U.S. and Western and Southern Open and the U.S. Open this year," Barty said in a statement.

"I love both events so it was a difficult decision but there are still significant risks involved due to COVID-19 and I don't feel comfortable putting my team and I in that position."

The 24-year-old was yet to decide if she will defend her French Open championship, with that event rescheduled for late September, and will closely monitor the global COVID-19 situation from her home in the Australian State of Queensland.

"I will make my decision on the French Open and the surrounding WTA (Women's Tennis Association) European tournaments in the coming weeks," Barty said.