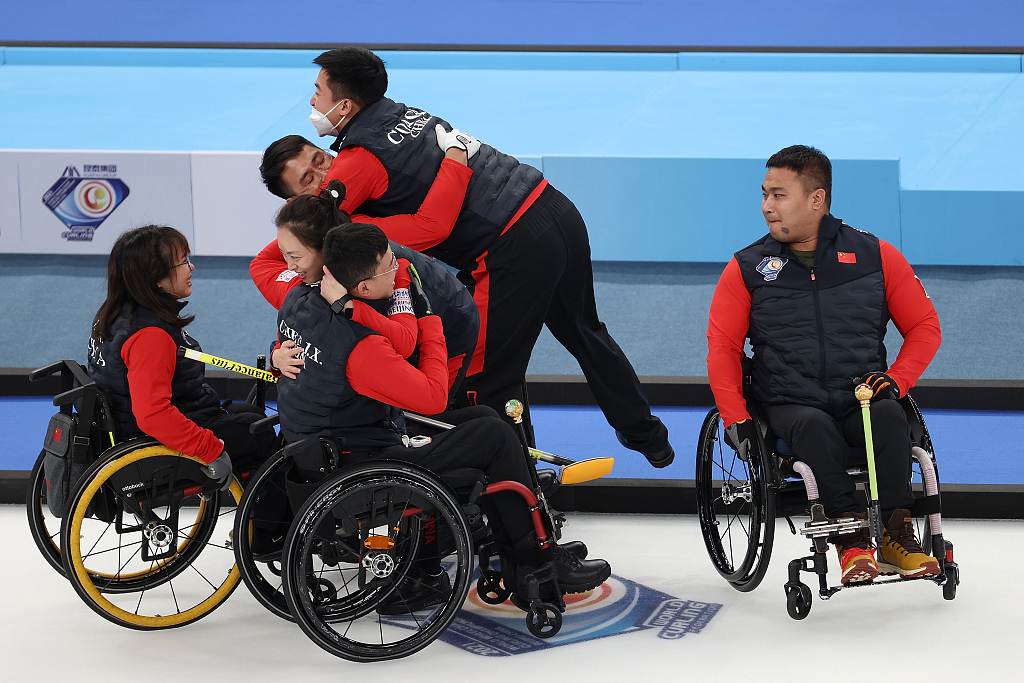 China's wheelchair curling team look well set to defend their Paralympic title next year, after defeating Sweden in the final of the World Wheelchair Curling Championship 2021 at Beijing's "Ice Cube" on Saturday night.

China beat Sweden 5-3 to win their second world title in three years, just over four months before Beijing welcomes the 2022 Winter Paralympic Games, where the Chinese team will no doubt be aiming to defend the gold medal they won in Pyeongchang in 2018.

After Saturday's award ceremony, captain Wang Haitao, who led his team to Paralympic gold in 2018 and the world title in 2019, commented on his last critical and winning delivery. "When we were planning the first few draws, we decided that we had to steal the point. Our opponents gave us the advantage before our final draw, and we delivered that final score."

Looking ahead to the Paralympics, he noted: "In the final our opponents made a lot of mistakes and so did we. We still have a lot to improve. We will try our best to do well in the 2022 Winter Paralympic Games."

For Yan Zhuo, the only female player of the team, it was a first world title. "This gold medal was won by all of us. I was the first to draw so there's a lot of pressure. I will practice harder and try to do well in the future," she said. 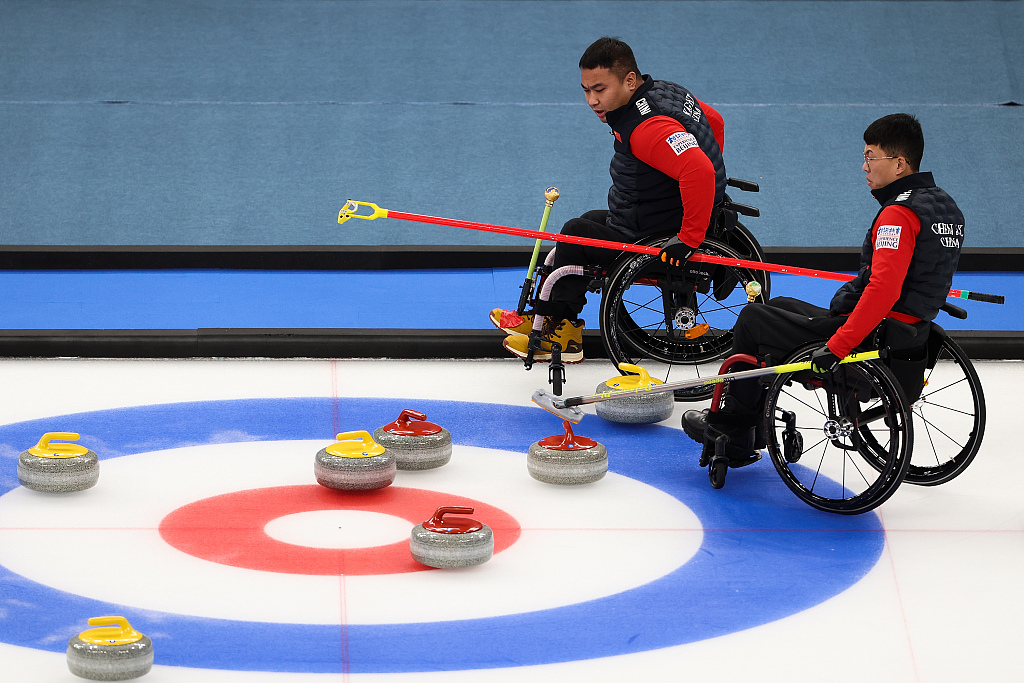 The home team enjoyed a terrific start when they opened the scoring smoothly in the first end. Later on in third end, an impressive take-out by skip Wang Haitao helped consolidate China's lead, 2-0.

However, the home favorites failed to keep their momentum going as Sweden fought back hard after half time and managed to steal in the fifth end. Captain Ronny Persson and Peterson Dahl-Viijo then both delivered stones with high accuracy and the score was leveled at 2-2.

In the seventh end, the Swedes showed good team work by stealing one point and led 3-2. Trailing in the last end, it was a do-or-die situation for Team China and captain Wang. Under tremendous pressure, Wang warded off Persson's well-placed draw by throwing an incredible take-out, hitting three, and the game went to the extra end!

In the decider, the Swedish team built a solid defense after successfully placing a stone inches away from the center, giving the host team an almost impossible mission to turn around. But it was Wang, again, who delivered an incredible raise take-out to help China complete a dream comeback.