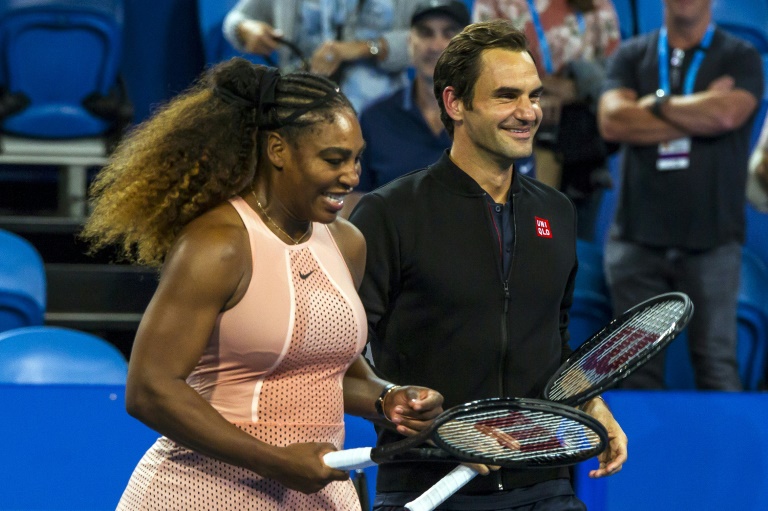 The head of the WTA Tour has voiced support for a merger with the ATP Tour following calls led by Roger Federer and Rafael Nadal to integrate the men's and women's circuits.

"I'm not afraid of the full merger; I never have been," Simon told the Times.

"I would certainly be the first to support it ... Obviously it's a long and winding road to get there, but I think it makes all the sense in the world."

"Just wondering... am I the only one thinking that now is the time for men's and women's tennis to be united and come together as one?" Federer asked in a posting on Twitter.

"I agree, and have been saying so since the early 1970s. One voice, women and men together... Let's make it happen," King tweeted.

"I completely agree that it would be great to get out of this world crisis with the union of men's and women's tennis in one only organization," Nadal added.

In his interview with the Times, Simon said that any unification was still some way in the distant future.

However, the climate of uncertainty caused by the coronavirus pandemic could provide the impetus to reach agreement on a merger.

"This is a unique time," Simon said. "Crisis and challenges can sometimes provide opportunity as well.

"There's going to be no shortage of accountants, tax attorneys, attorneys and everybody else that is involved with it. It would take time, but conceptually it may not take as long.

"If you agree on the goal, you can usually get things done quicker."

Both the ATP and WTA Tours have been forced to take cost-cutting measures since the COVID-19 pandemic erupted. Both tours have been on hiatus during the crisis, with several tournaments either canceled or postponed.

Simon told the Times that a merger was not necessary to ensure the WTA Tour's survival.

"This isn't about trying to save the WTA," Simon said.

"We'll be fine, but look, if we're going to do the right business thing and we're finally going to bring the sport together, I think the WTA would be very supportive of this concept.