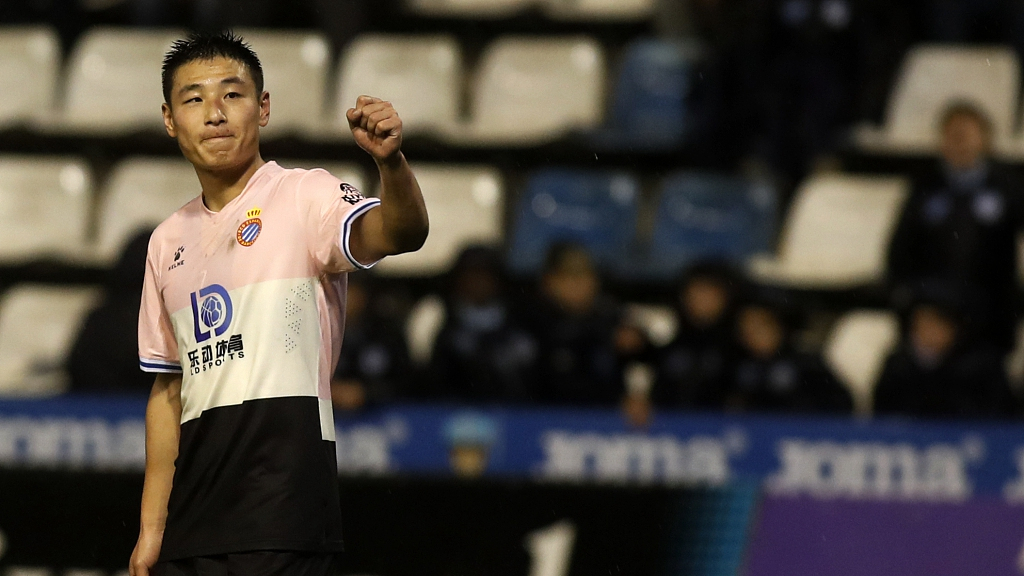 Chinese forward Wu Lei continued to show his resurgent form for Espanyol as the he scored a brace to help his La Liga side cruise to a 2-0 away win over third-tier Lleida Esportiu in Copa del Rey first round on Thursday.

Making his first appearance in the competition, Wu went close to opening the scoring in the 3rd minute but shot just wide of the post.

However, his first goal came when he beat the offside trap and sped into the box before shooting past the goalkeeper in the 53rd minute of the game. It was the first goal scored by a Chinese player in the prestigious Spanish domestic tournament.

Wu Lei scores for Espanyol to help the team cruise to a 2-0 win over Lleida Esportiu in Copa del Rey first round on December 19 in Lleida, Catalonia, Spain.

The 28-year-old added the second to his tally just before the final whistle was blown and he scored it in a spectacular fashion. He steered a pass from one of his teammates with the outside of his right foot into the net to clinch the easy win for his side.

This was the Chinese striker's first double since he joined Espanyol in his Copa del Rey debut. He has so far scored in La Liga, Copa del Rey and Europa League in the ongoing season. 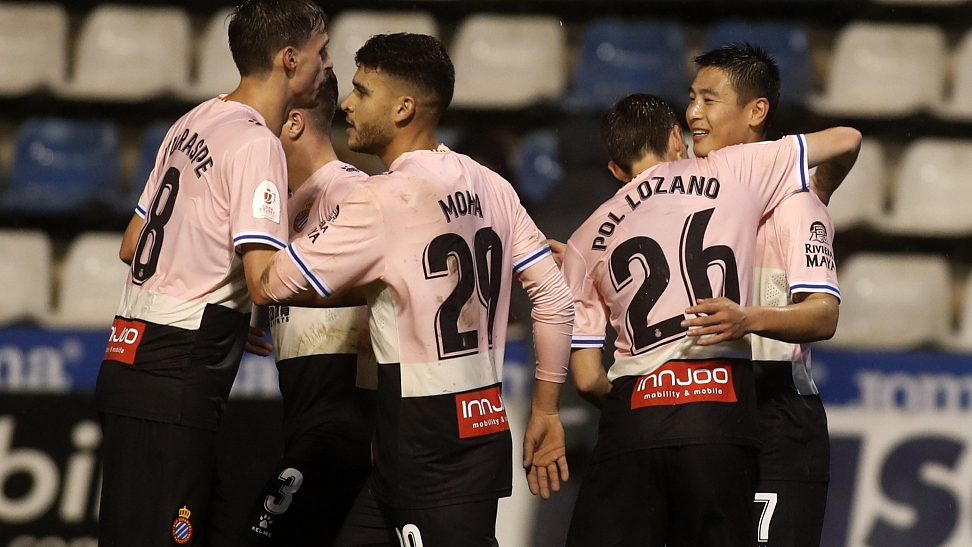 Wu Lei celebrates with teammates after scoring for Espanyol to help the team cruise to a 2-0 win over Lleida Esportiu in Copa del Rey first round on December 19 in Lleida, Catalonia, Spain.

Despite Wu scoring on a few occasions, Espanyol faced a tough challenge to stay in the top-flight league as they are currently sitting bottom at the table with 10 points from 17 matches in the Spanish La Liga.