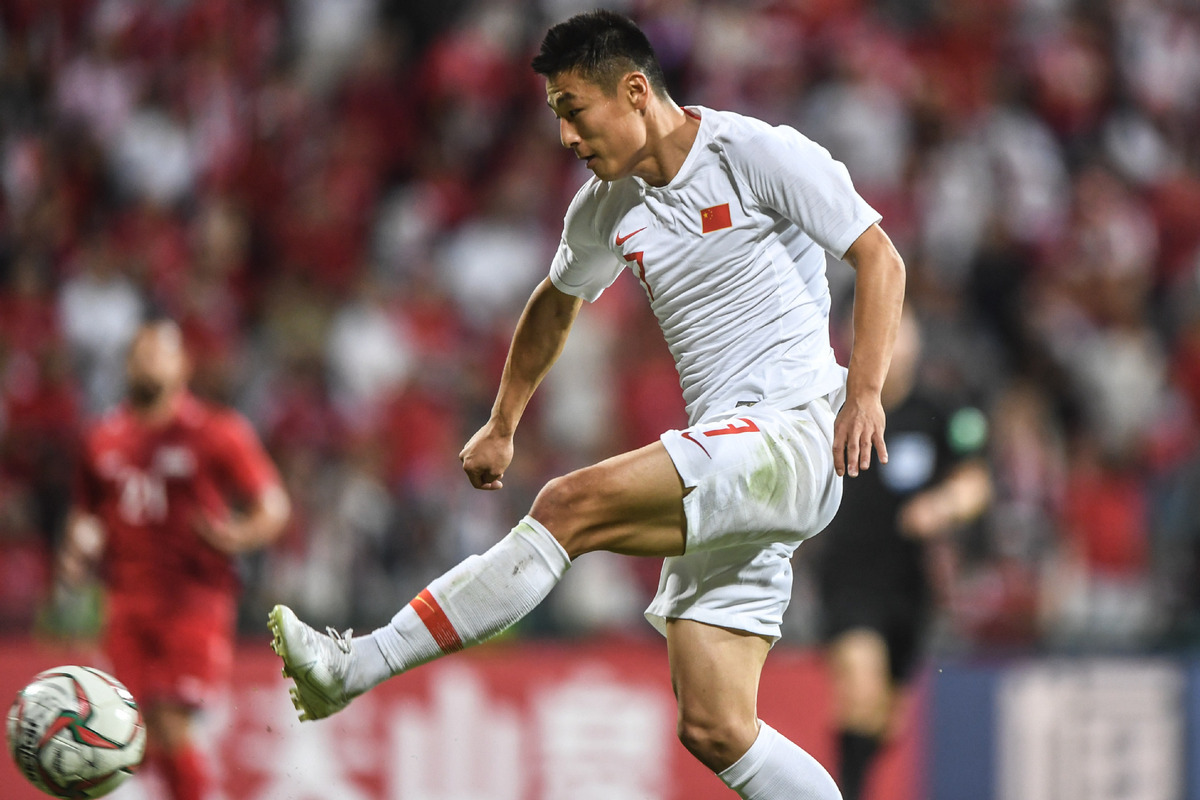 Wu Lei of China competes during the match against Syria in Dubai on Nov 14, 2019. (Photo: Xinhua)

Wu Lei's fight against the coronavirus is not over yet.

Representatives for the Team China and Espanyol star, who was last week confirmed to have tested positive for COVID-19, on Wednesday denied reports that he had retested negative.

"Recently, a series of reports from Spanish media about Wu Lei, including the time of his coronavirus diagnosis, symptoms, recovery process and negative test result have not been true," Wu's representatives said in a statement released on social media.

"Wu is currently in a good condition, but is still in isolation and has not been tested again."

The statement added an update on Wu's condition will be issued as soon as possible.

The rumor mill, however, remains in overdrive with topics related to the negative-test story viewed over 100 million times on Weibo on Wednesday night before the denial was issued.

The statement from Wu's representatives was inevitably greeted with disappointment from fans, who are anxious to see the hotshot return to peak health as soon as possible. So far, Wu remains the only Chinese international to test positive for the coronavirus.

As the only Team China player plying his trade in a top foreign league, his importance to the national side is immense while he is also considered a role model for young domestic talent dreaming of a career abroad.

After helping Shanghai SIPG to the 2018 Chinese Super League title, Wu's move to Espanyol was testament to his ambition levels. He could have settled for an easier life in the CSL but chose instead to raise the bar and test himself in Spain.

Last year, he became the first Chinese to score in La Liga and this year found the net against the mighty Barcelona to boost his global profile further.

His achievements, though, have not come without personal sacrifice, with his family initially finding it tough to adapt to the move.

Wu's wife, Zhong Jiabei, for the first time shared an insight into their new life on her husband's personal blog on Wednesday. She is currently taking care of Wu during his quarantine at home, while their children are reportedly temporarily staying with Wu's parents in Barcelona.

"After he decided to make the transfer, I came to Dubai to meet him and at that time we hadn't met for months," Zhong wrote.

"Then I went to Barcelona first looking to rent a house. After his national team duty, he came to join me. We stayed in a hotel for a while worrying what to eat every day. We didn't know the language and were not familiar with the environment. It took a month to rent a house.

"After a summer vacation, both of us returned to Barcelona while the kids stayed in China. He trained with the team for more than half a month while I was alone at the house. That was a difficult time. With a strange language and environment, I didn't want to walk around and talk to anyone until I finally made some friends."

These days Zhong is feeling more at ease in Barcelona and the couple have found their two children a new school. She still spends a lot of time at home taking care of the kids, with Wu busy training and playing for Espanyol and China-at least prior to the virus outbreak that is.

"As long as I can return to Shanghai, I'm thrilled. But each time I have to leave for Spain, I feel like crying. Gradually, I've got used to this life," Zhong added.

"After he showed symptoms and we prepared to have self-quarantine, we give each other a big hug. It was a hug for all that we've been through over the past year. It's also been a great job by our kids, who didn't know a single Spanish word when they arrived and now they can talk fluently to their classmates."

Having conquered many personal and professional challenges over the last few years, Wu must now conquer the coronavirus.

"This is a tough moment for Wu Lei. There can always be difficulties on your journey in a foreign league," former Manchester City defender and retired China international Sun Jihai wrote on Weibo.

"You have to believe in yourself and get well as soon as possible. When the epidemic ends and La Liga restarts, you will soar again on the pitch."