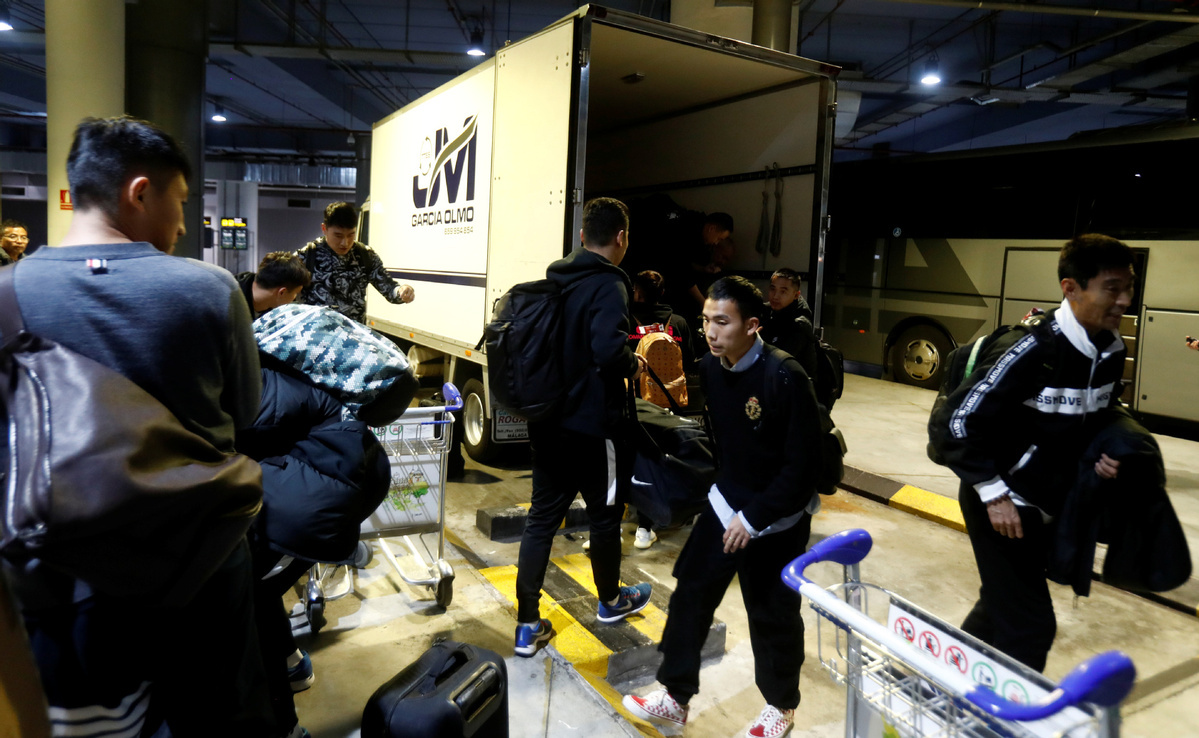 BEIJING - Chinese Super League (CSL) side Wuhan Zall ended a turbulent and prolonged overseas journey when they arrived back in China on Monday.

The CLS outfit flew via Beijing to the southern Chinese city of Shenzhen, where they will be put under a 14-day quarantine.

The team, originally scheduled to return to China on February 14, has been stuck in Spain since January 29, unable to return to their hometown which has been locked down to curb the spread of novel coronavirus.

Their situation was reported in the Spanish media, and the club even received a homage from the Spanish Football League, with the entire squad invited to the "Clasico" between Real Madrid and FC Barcelona on March 1.

Given the fact that the coronavirus is largely under control in China, and with the number of cases in Spain skyrocketing, the Wuhan club considered it a safer choice to return home.

Before departure for China, the CSL side had stayed in Spain's southern region of Andalusia for the past month and a half.