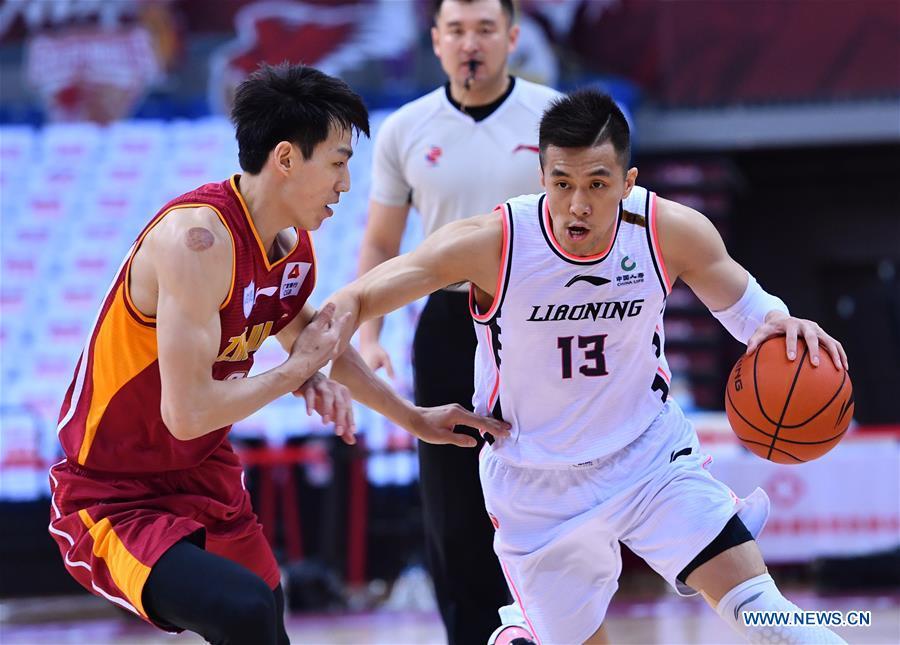 QINGDAO, China - The Xinjiang Flying Tigers and the Liaoning Flying Leopards defeated their opponents respectively in the quarterfinals of the Chinese Basketball Association (CBA) playoffs here on Monday, and will fight against each other in the best-of-three semifinals.

Xinjiang tamed the Beijing Royal Fighters 103-91, as center Zhou Qi got a team-high 27 points and 12 rebounds.

Kyle Fogg led Beijing to establish a six-point lead in the first quarter, but Xinjiang cut the deficit to only one point at the end of the quarter.

After two sides endured a two-minute scoring drought in the following quarter, the Flying Tigers managed to grabbed a two-point advantage into the second half.

Although Zhou was rested with five fouls for a while in the last quarter, the Flying Tigers maintained an advantage of around 10 points until the end.

"It was a tough game. Our guys fought hard and made their best efforts. We will take some rest and get ready for the next year," said former NBA star Stephon Marbury, coach of Beijing.

"We won the game with all domestic players while Royal Fighters have two powerful overseas players, this victory will greatly boost our confidence," said Xinjiang coach Adiljan.

Guo Ailun helped the Flying Leopards maintain the lead as he scored four points from two layups in the match's final moments.

Center Han Dejun got another two points on the free-throw line to seal the victory for Liaoning.