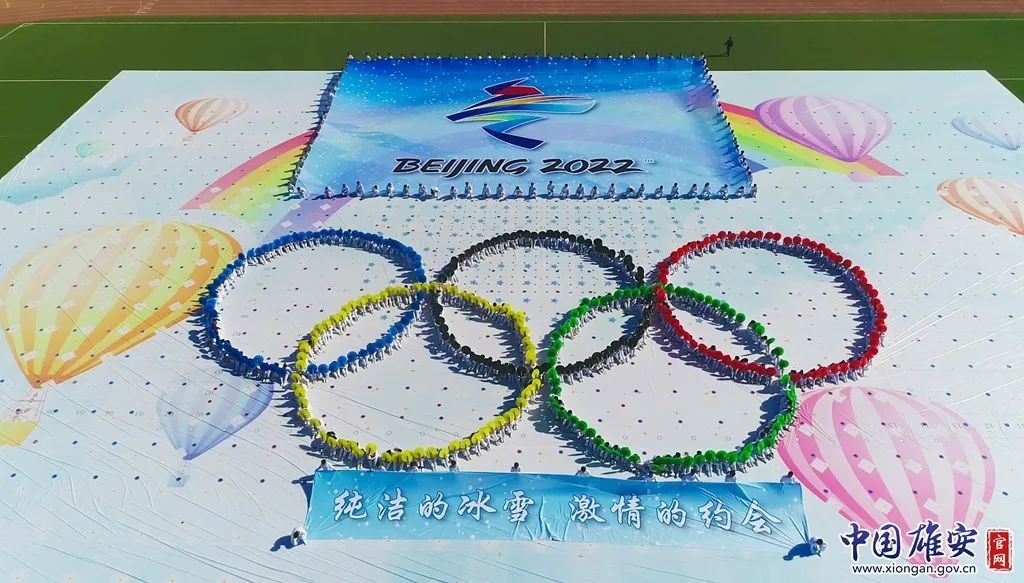 A grand opening ceremony for the Sports Games is staged last Thursday in Xiong'an New Area, Hebei province. The event is part of the area's bid to improve the integration of sports in the education system to ensure students develop healthier bodies to complement their academic learning. (Photo: China Daily)

From technology to urban planning, Xiong'an New Area has been at the forefront of innovation in China since its establishment in 2017, and now sports have been added to the pioneering zone's brave new world.

Last week, Xiong'an－located about 100 kilometers southwest of Beijing－launched its first Sports Games for primary and high schools in the area, which incorporates three counties and has a student population of more than 200,000.

The Sports Games are a major part of a monthslong sports season, which features the likes of wushu, marathon running and basketball.

The Games tie in with China's national fitness push as well as the recently released guidelines from the central government on giving sports a more prominent role in education.

The guidelines, issued by the general offices of the Communist Party of China Central Committee and the State Council on Oct 15, stress the importance of reforming physical and aesthetic education, adding more facilities and improving curriculum design and institutional support.

"The guidelines have set a standard for all schools in China. But it's more important how grassroots-level schools put them into effect," said Xia Shaohua, deputy head of Xiong'an New Area Public Service Bureau.

"We have been doing a lot of research in Xiong'an on the balance between physical and academic education.

"For the next phase of this process, we will pay extra attention to the integration of sports and education in schools, especially following the release of the Oct 15 guidelines."

Xiong'an has introduced ice and snow sports into the area's schools as Beijing and nearby Zhangjiakou prepare to host the 2022 Winter Olympics. According to Xia, reforms will be ramped up after the completion of the first Sports Games.

"We have to better understand and implement the guidelines. For students, who have undertaken a lot of academic lessons and homework, we will try to give them more PE lessons and more time to experience different sports."

Jiao, who won women's 200-meter butterfly gold at the 2012 London Olympics, was a guest of honor at the opening ceremony of the Sports Games, where she shared her ideas about physical education with students and teachers.

"These types of events create a much-needed sports environment for students and local residents," said Jiao, who these days runs several swimming clubs.

"The national fitness project should not merely be a slogan. We need to feel that people truly love and embrace sports. Step by step, the physical program is spreading naturally.

"As regards physical education in schools, I really welcome the idea of giving PE classes the same weight as academic subjects. A healthier body can give students a better chance at academic level. Moreover, enjoying sports is a good way to release pressure from academic learning."

Wang Dengfeng, head of the department of physical, health and arts education at the Ministry of Education, said Yunnan is the only province or region in China that currently gives PE classes the same weight as academic subjects on high-school entrance exams, and other areas should gradually follow suit.

"Sports are a kind of spirit that benefit you throughout your entire life," said Jiao. "For students, doing sports can make them stronger and tougher in the face of difficulties and challenges.

"I tell parents and teachers that doing sports and learning lessons should not be considered incompatible."