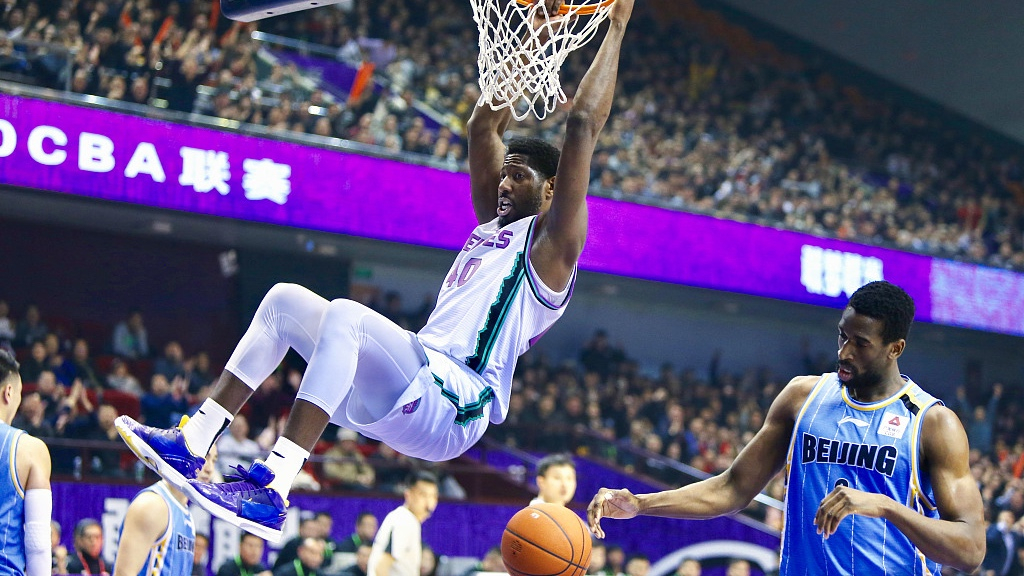 Hudson collected a game-high 32 points and 12 assists in a match between the two teams that conceded the least points this season in the 20-team franchise.

It's Beijing, however, that started the game with a 7-0 scoring run, before Hudson helped the home team to overturn the table with a 16-point lead after the first quarter and never look back. Shandong led by as many as 42 points during the game, while Beijing was without its top star Jeremy Lin who might have made the difference.

"We did a poor job in defense. I take full responsibility for the defeat," said Yannis. Gong Xiaobin, coach of Shandong, praised Hudson for his excellent job: "Hudson led the scoring, and the other players did well too."

Shandong, which has now notched 33 wins over Beijing in 63 encounters, stays in third place, while Beijing is sixth.

Elsewhere, Jilin also celebrated a thrashing 37-point win over Tianjin with a prolific 44-18 second quarter. Dominique Jones had 24 points and nine assists, while Eli Homan registered a double-double of 21 points and 15 rebounds. Dai Huaibo came off the bench to score 23.

Despite a game-high 26 points by Marko Todorovic, Tianjin was ice-cold throughout the match, shooting 3-for-36 beyond the arc.

Jilin coach Wang Han praised the team afterwards, "The players executed our tactics well on the court, converting fast-break chances with good defense. I think it's fair to say we had a perfect defense today, limiting Tianjin to 38 percent field goal percentage."

Fujian Sturgeons resisted Shanxi Loongs' late comeback efforts thanks to a 34-point performance by its All-Star center Wang Zhelin. The Bayi Rockets were the only team that failed to defend on home court on Friday, losing 114-89 to the Qingdao Eagles. With their fifth straight loss, Bayi are at the bottom of the table with an embarrassing 2-23 record.