Ma, 32, a three-time world champion and twice Olympian, opened his encounter against 26-year-old Xu in a lackluster way, losing three sets in a row. The Chinese men's team skipper managed to pull two points back in the following sets, but failed to hold on to turn the table. 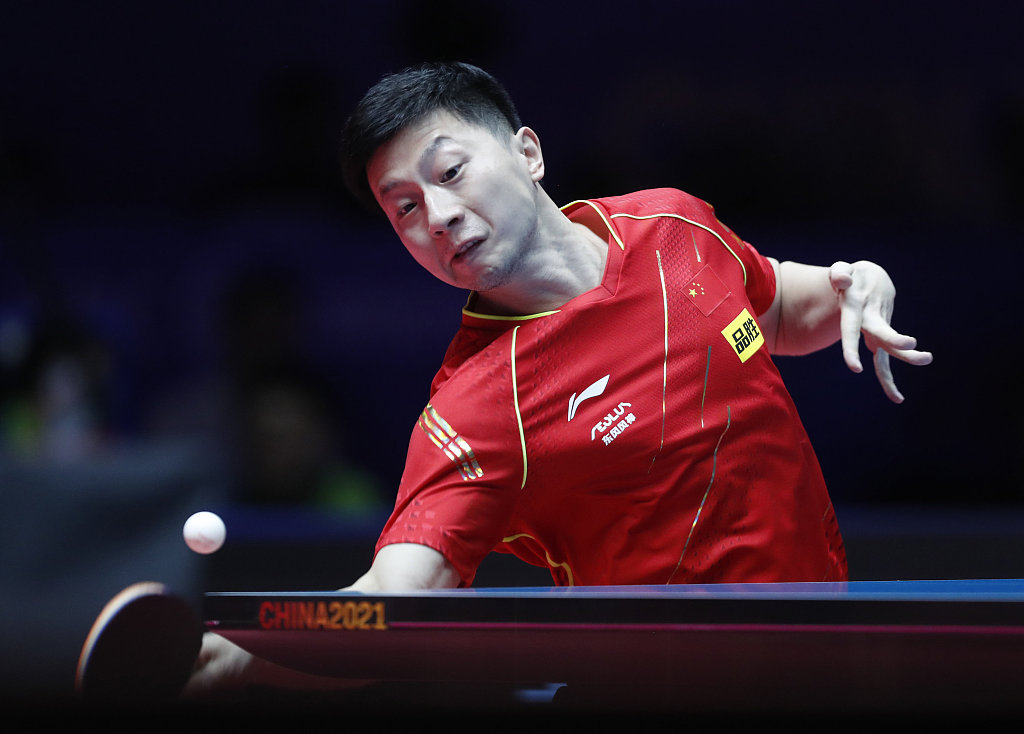 It's the second time in just three weeks that Ma was ousted by a younger teammate. He lost to Zhou Qihao, also in the men's singles quarterfinals, at the first stop of China's Olympic simulation in Xinxiang earlier this month.

"Despite the defeat, I think it's a good thing to learn some lessons ahead of the Olympic Games. It reminds me that I should do more to avoid a slow start and prepare more if it's not avoidable," he said.

Xu Chenhao will next play world No. 2 Xu Xin in Sunday's semifinals after the 31-year-old pen-hold paddler beat Liang Jingkun in four straight sets in the quarters.