SPORTS Youngsters shine in CBA with many foreign talents absent

Youngsters shine in CBA with many foreign talents absent 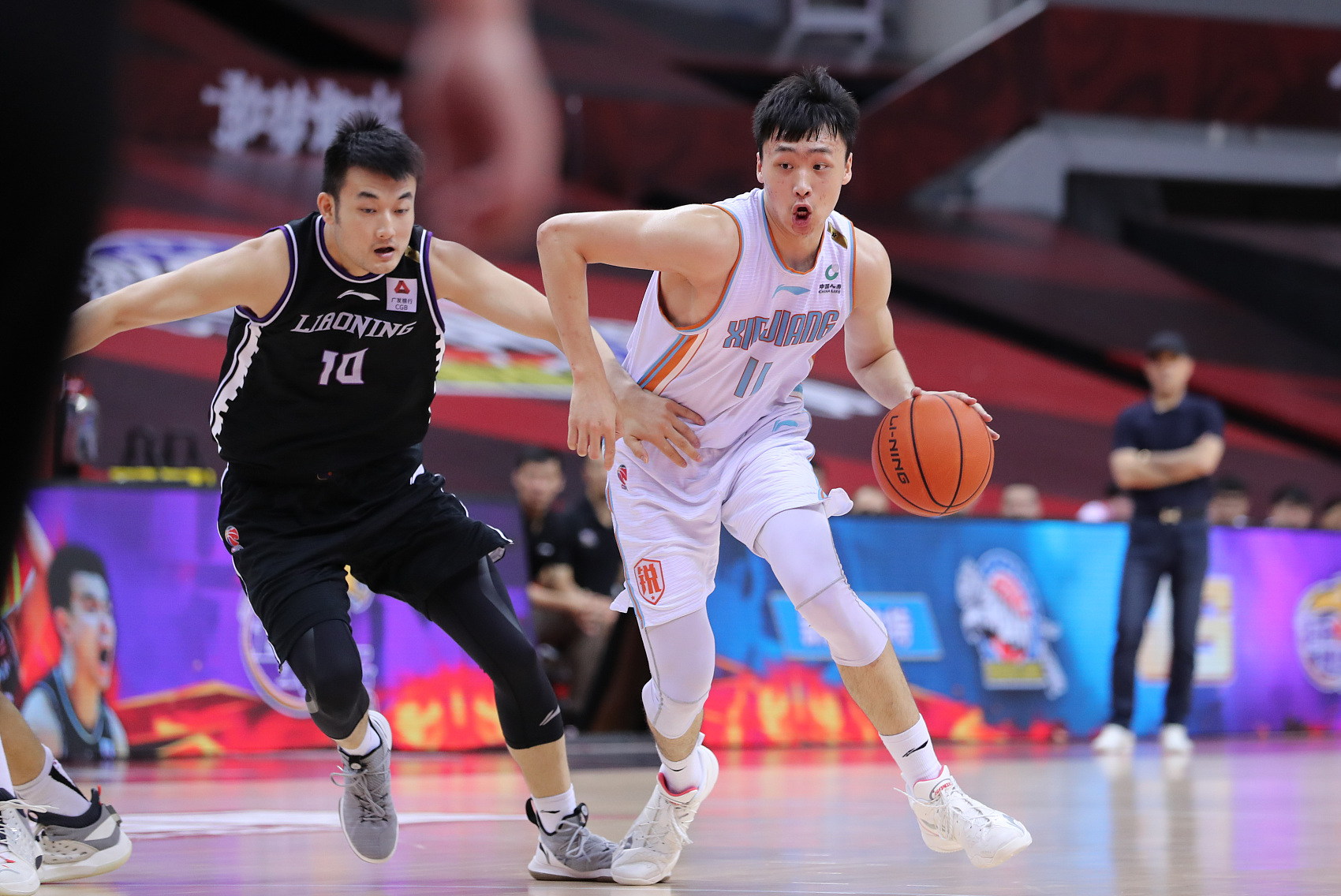 Qi Lin (R) is seen in the game against the Liaoning Flying Leopards. (Photo: CFP)

The 21-year-old freshman finished with a team-high 15 points and seven rebounds, and is averaging 10.6 points over the past five games in his CBA debut season.

"Victory is the priority. I would like to be more energetic on the court and more aggressive on the defensive end," said Qi, who dropped out of Tsinghua University, one of the most prestigious universities in China, to join Xinjiang last year.

Many overseas players are unable to travel to China due to the international travel restrictions amid the COVID-19 pandemic, eleven teams out of 20 have played with all domestic players since the CBA resumed on June 20.

Under such circumstances, domestic youngsters like Qi have more time to show their talents.

In another semifinal game between the Guangdong Southern Tigers and the Beijing Ducks, rookie Xu Jie, grabbed a total of six rebounds including a key one in overtime, helping the defending champions turn the tables.

Hu Mingxuan of Guangdong, scored two three-pointers in the last quarter to launch the comeback.

"Hu didn't dare to shoot in the first three quarters as this was a semifinal game, and I told him to unload the burden and just shoot. This game is a big step for the young guy," said Du Feng, head coach of Guangdong.

After scoring 48 points included nine three-pointers in the quarterfinals, guard Wu Qian of the Zhejiang Golden Bulls got a new nickname, the "Stephen Curry of CBA".

"If I had buried one more or had made one less mistake, the result might be different. This season is over, and I won't let you down next year," Wu wrote on social media Weibo after Zhejiang lost to Liaoning.

"Wu became more experienced this season, and I hope he continues working hard and leads the team going ahead," said Liu Weiwei, head coach of Zhejiang.

Wu's teammate Cheng Shuaipeng also became a key player for Zhejiang after the league resumed, as he scored a career-high 43 points while facing Joseph Young, the top-scorer of the 2019/20 regular season of CBA.

After the Bayi Rockets tamed the powerhouse Xinjiang, any team dared not regard the bottom-dwellers lightly, especially their center Zou Yucheng, who was sidelined for almost three years by injuries.

Averaging 15.4 points and 9.2 rebounds, Zou was twice named in CBA's Most Improved Five of the Week after the league relaunched.

"Zou's comeback is not only important for Bayi, but also for the national team of China," said Wang Zhizhi, head coach of Bayi and a former NBA player.

The Qingdao Eagles achieved their goal for the season as they advanced into the playoffs, and also discovered a promising center in Liu Chuanxing.

Led by three youngsters with an average age of 24, the Zhejiang Lions is projected to come back with great promise next season.

Guard Sun Minghui grabbed 45 points along with nine assists in the first round of the playoffs, and center Hu Jinqiu averaged 24.9 points and 13.8 rebounds after the CBA resumed.

"We must rely on the domestic players in international games, so we should give more time and room for the youngsters to develop their talents," said Li Chunjiang, head coach of the Zhejiang Lions.

According a new CBA rule, every team can have as many as one overseas player on the court in each quarter next season.