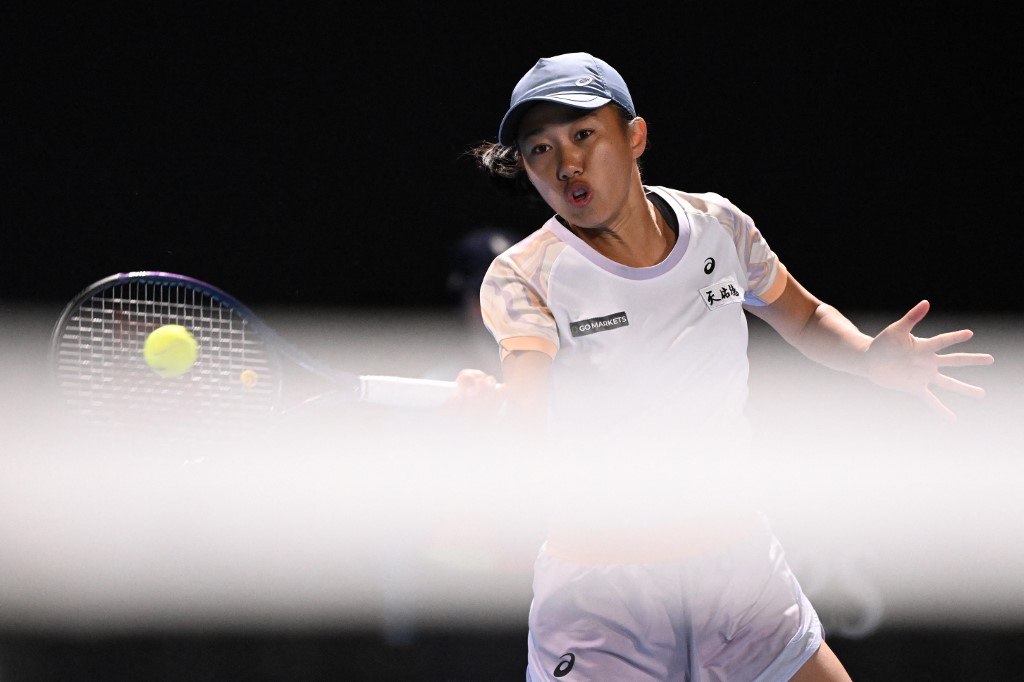 China's Zhang Shuai hits a return against Romania's Patricia Tig during their women's singles match on day three of the Australian Open tennis tournament in Melbourne on January 18, 2023. (Photo: AFP)

The result was achieved exactly seven years after her first victory at a Grand Slam, which kick-started Zhang's fairytale quarterfinal run at the Australian Open in 2016.

"I am always feeling good at the Australian Open because it is special for me," Zhang said. "I'm feeling so happy. I think all the hard work is working and made me improve a little bit every day."

It was an impressive follow-up performance after 33-year-old Zhang had defeated Patricia Maria Tig of Romania 6-1, 4-6, 6-0 in a first round match on Wednesday that was rescheduled due to Melbourne's wild weather on Tuesday.

Having played her opening two rounds within a tight timeframe, Zhang admitted she had not had time to study upstart Volynets.

"I have no idea because 20 hours ago I was [still playing] first round," said Zhang, who also reached the Wimbledon quarterfinals in 2019.

"Now I can focus on work for the next round. Nothing better than the feeling now."

Zhang gained an early break against the strong-serving Martic, ranked 37th, in the fourth game of the match en route to claiming the first set.

Her momentum continued in the second set to frustrate Martic, who could see the writing on the wall.

Zhang served accurately and her precise groundstrokes overwhelmed the error-prone Martic, whose fate was sealed when she dropped her serve in the ninth game.

The reliable Zhang had just 12 unforced errors compared to her opponent's 31, and she only had one break point against her serve for the entire match.

Zhang's compatriot Zhu Lin on Wednesday also booked her spot in the third round with a 6-2, 6-2 victory over 32nd seed Jil Teichmann of Switzerland.

This represented Zhu's best performance at a Grand Slam since making her debut in 2009.

But Zhu couldn't replicate that success in the first round of the doubles alongside Russia's Anna Blinkova, with the pair beaten by American-Russian pairing Caroline Dolehide and Anna Kalinskaya 6-3, 6-3.

"It was the first time I played with my partner and it's the first doubles of the year for both of us," Zhu said of playing with 24-year-old Blinkova.

"Our opponents played really well today, served well and returned well. So we really had not much chance. It was a pretty good match for them."

Wang Xinyu, who fell in the second round of the women's singles, combined with Japan's Moyuka Uchijima to beat Australian pair Talia Gibson and Olivia Tjandramulia 6-3, 6-3.

Yang Zhaoxuan teamed up with Chan Hao-ching of Chinese Taipei to beat Australia's Samantha Stosur and Alize Cornet of France 6-3, 6-4.