SPORTS Zhang Weili: Chinese MMA fighters will impress the world in the future

Zhang Weili: Chinese MMA fighters will impress the world in the future 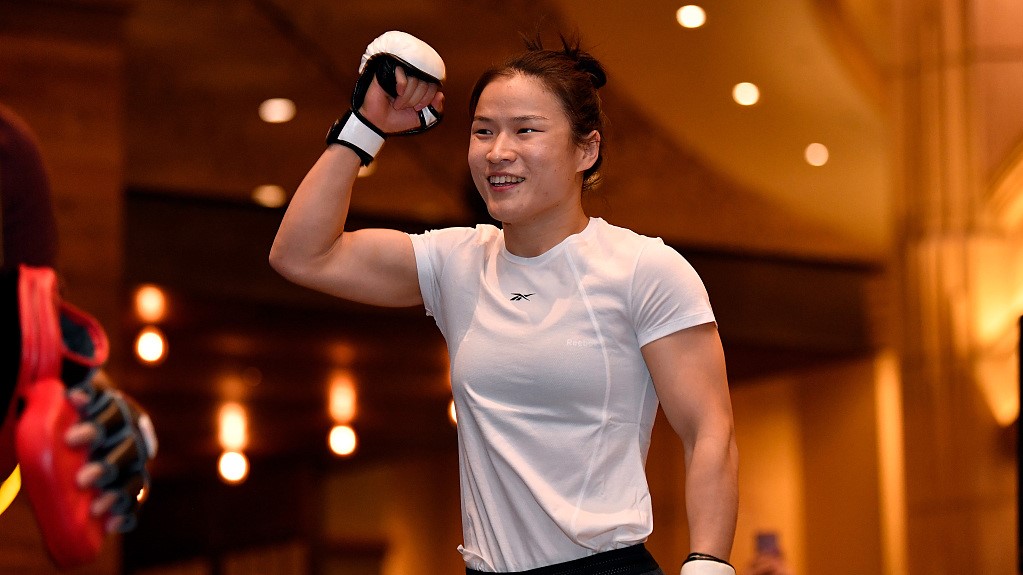 Chinese Ultimate Fighting Championship (UFC) fighter Zhang Weili is less than one month away from her second title defense against Rose Namajunas in UFC 261 on April 24. In an interview with Xinhua News Agency, Zhang said she has been calm and collected, feeling no pressure at all.

Having defeated Joanna Jedrzejczyk in her first title-defending fight on March 7, 2020, Zhang has not stepped back into the octagon for a year.

"I haven't fought anyone this whole year and often felt depressed about it, especially when I saw other female fighters in the octagon. I was so desperate to go there and join them. But I have learned a lot in the past year. Both my skills and strength have improved," Zhang told Xinhua.

In August 2019, Zhang beat Jessica Andrade in just 42 seconds in Shenzhen, south China's Guangdong Province, to become the first Asian to win the UFC Women's Strawweight title. She called it a victory on favorable timing, geographical and human conditions. 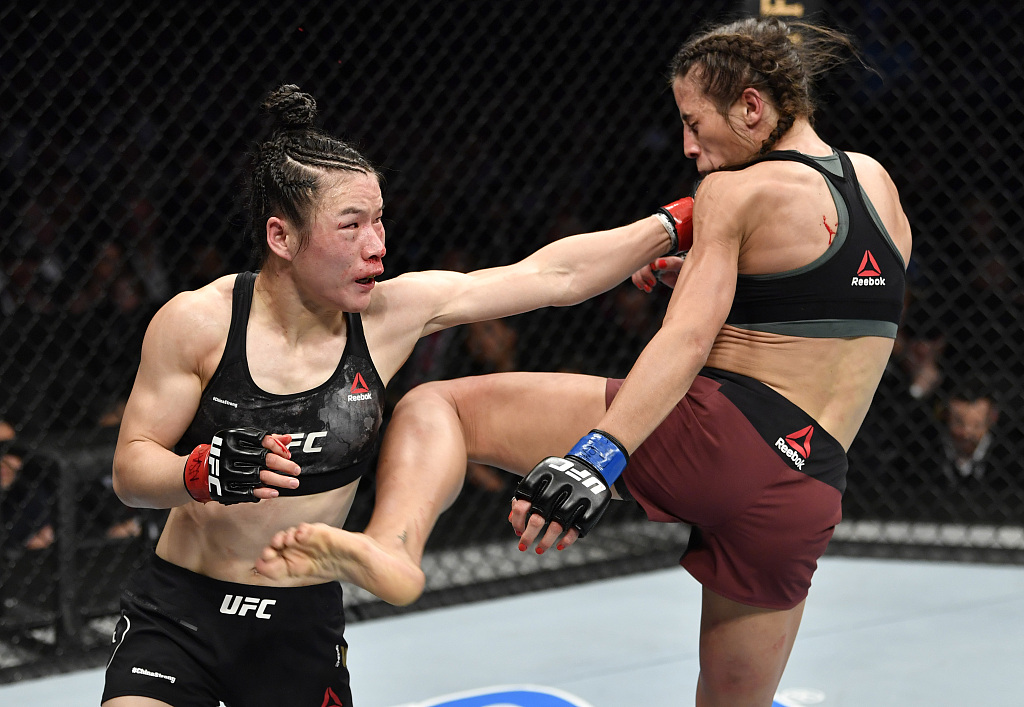 By contrast, it took Zhang five rounds to defeat Jedrzejczyk on a split decision in the title defense. In fact, she and her team went through many difficulties to reach the U.S. amid the COVID-19 pandemic.

"The second fight is definitely more difficult. But the more difficult the process is, the sweeter the victory tastes," said Zhang. "That title defense got me to realize how promising one can be and that promise can be inspiring. That's why I believe everything will be alright this time."

The two grand victories brought Zhang attention, but also pressure. However, she doesn't seem to be affected at all.

"I never see the attention and expectations as pressure. They only motivate me to stick to what I'm doing and train harder. In fact, pressure only comes from yourself in many cases. It becomes pressure only when you say so and vice versa." 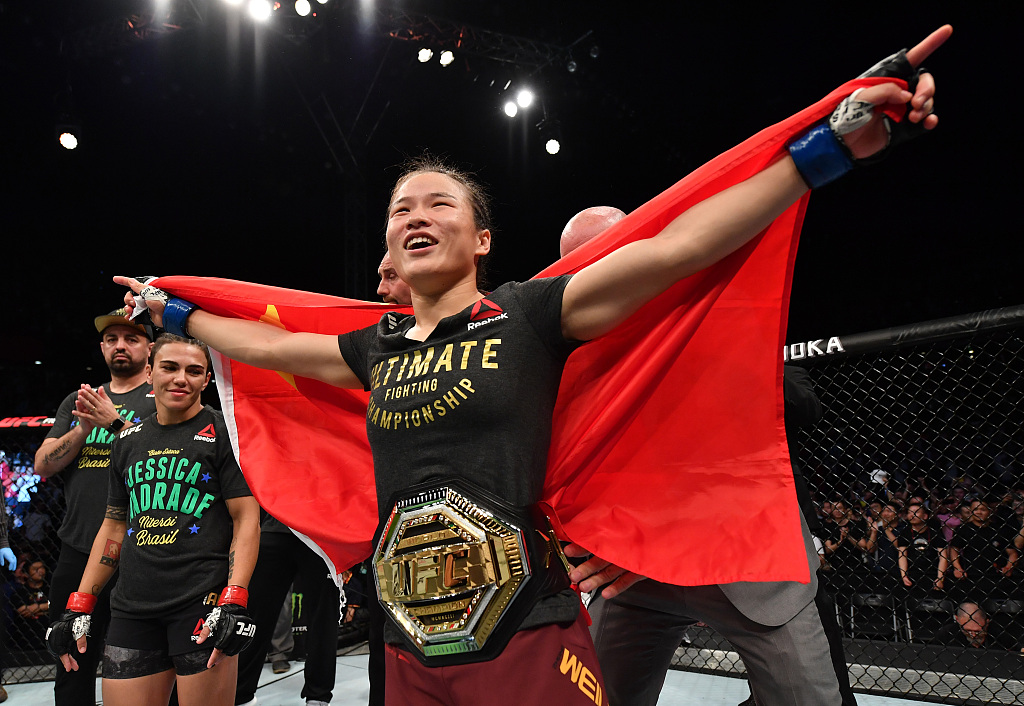 Before her title-winning fight in 2019, Zhang used to say that she hoped more Chinese would fall in love with mixed martial arts (MMA). In the past two years, more and more fighting centers have appeared in various cities. Many kids began to take MMA training sessions and some of them are very impressive. Zhang is both encouraged and happy to see that development.

"I believe it won't take long for Chinese fighters to impress the world in MMA competitions," said Zhang. She wants to encourage more young women to participate in MMA with her performance. "Once you set a target, don't give up because you encounter difficulty. Keep fighting and never forget why you started it."

When asked what she thinks of the coming fight against Namajunas, Zhang said: "Anything can happen in a fight. I think Rose is good. She respects me and I respect her too. This is two fighters communicating with each other in our own way. Sometimes it takes a fight to make friends. Why not us?"