It was also the first gold medal for Team China at the 6-day event, which was postponed by a year due to the COVID-19 pandemic.

"The gold medal is just what I have expected," said the 23-year-old. "Actually, I was thinking about breaking the world record. If I were in the good form as I had been in at the Tokyo Olympic Games, it would have been possible. However, I took a rest after the Olympics and now I feel a little bit disappointed about the result." 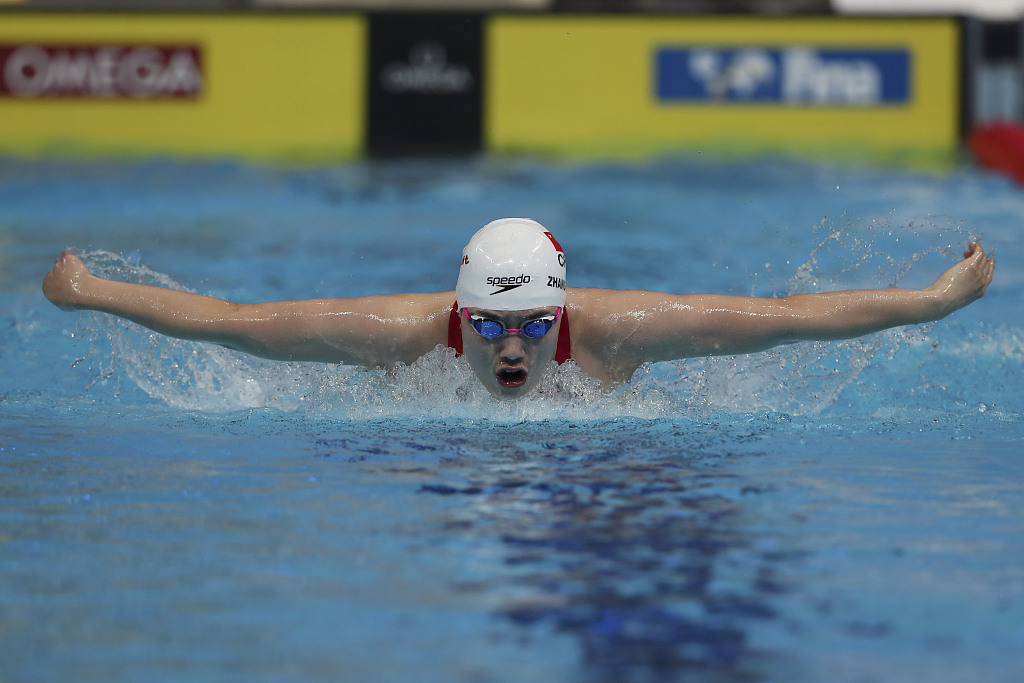 Zhang's time was 3.40 seconds behind Spaniard Mireia Belmonte's world record from 2014, which is still the only sub-two minute performance in the event.

But the Chinese star is confident about her performances during the upcoming 50m and 100m butterfly races. 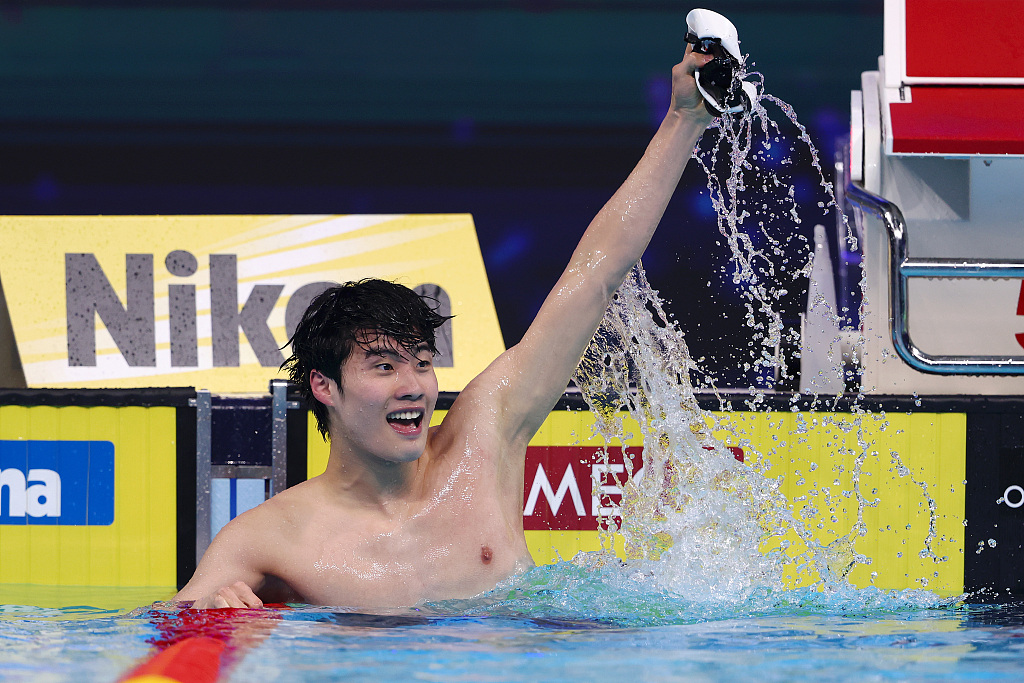 Russia's Aleksandr Shchegolev was only 0.03 behind Hwang and Danas Rapsys from Lithuania came third in 1:41.73.

Louise Hansson did not only triumph in the women's 100m backstroke in 55.20 seconds but also grabbed gold in the women's 4x50m medley relay as Sweden finished the race with a time of 1:42.38 seconds, equaling the world record set by the United States three years ago.

Swimmers from about 180 countries and regions are competing at the championships, including 27 from China.