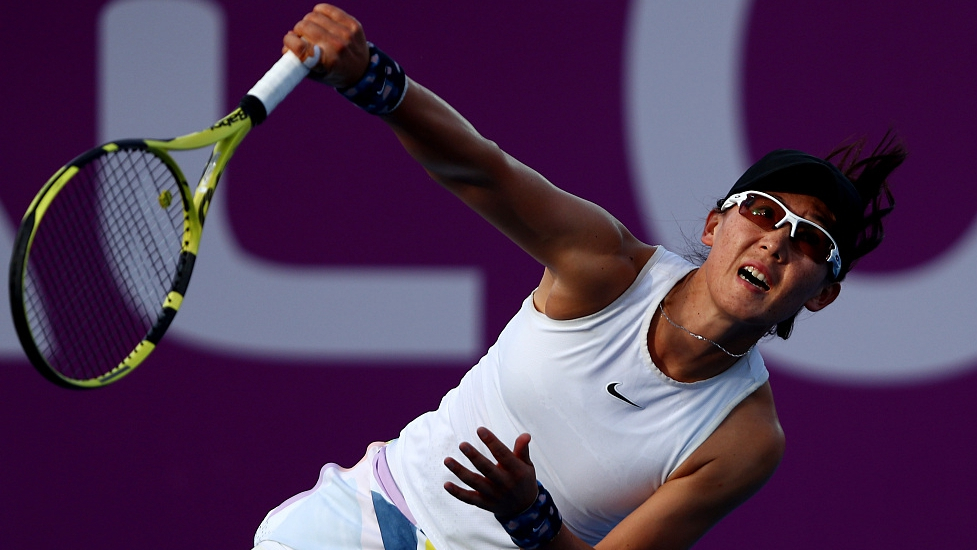 The seventh-seeded Dutchwoman looked on course for a routine victory after running away with the first set, but the Chinese clawed her way back into the contest with stunning composure and resilience, wrapping up the encounter 3-6, 6-3, and 6-4.

The triumph means that Zheng has reached the quarterfinals of the WTA event for the first time in four years. It was also her 6th career win over world's top-10 players following her victories over Karolina Pliskova (2016), Angelique Kerber (2016), Agnieszka Radwanska (2016), Elina Svitolina (2017) and Aryna Sabalenka (2019).

Zheng is now breathing down her compatriot Wang Qiang's neck as her latest heroics in Doha is expected to see the 26-year-old overtake Zhang Shuai to become the second highest-ranked tennis player in China.

Next up for Zheng is Belarusian ninth seed Sabalenka, who displayed fine form by thrashing Maria Sakkari of Greece 6-3, 6-0. It will be the third time that the pair clash with the head to head statistics being 1-1.

Jabeur, who became the first Arab woman to reach a Grand Slam quarter-final in Melbourne, will take on Petra Kvitova in a last-eight tie on Thursday.

Australia's top-ranked Ashleigh Barty, who advanced to the quarters via a walkover after her opponent Elena Rybakina withdrew with a leg injury, will play Garbine Muguruza for a semi-final spot after the Australian Open runner-up beat Ukrainian young talent Dayana Yastremska 6-2, 6-4.

Russia's Svetlana Kuznetsova was also the beneficiary of a walkover after her American opponent Amanda Anisimova withdrew. She will next face Swiss fourth seed Belinda Bencic, who outclassed Kazakhstan's Yulia Putintseva 6-4, 6-3.