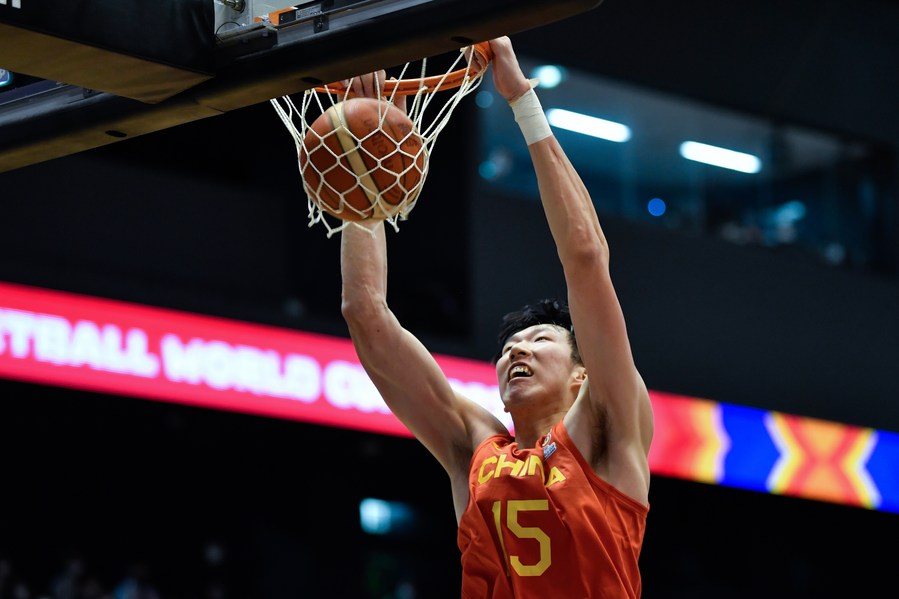 Zhou Qi of China dunks during a group B match against Japan of FIBA Basketball World Cup Asian Qualifiers at Xebio Arena in Sendai, Japan, on Nov 27, 2021. [Photo/Xinhua]

The Phoenix confirmed Zhou's signing of a one-year deal, saying "After taking much of last season getting his fitness to the point where he could handle the pace of the NBL, the Chinese big man showed improvement every week."

Zhou performed well in World Cup qualifiers this summer, and averaged 15 points and 12.7 rebounds in his three appearances at the 2022 FIBA Asia Cup.

"We feel the NBL will see more of his talent on display this season," said Phoenix CEO Tommy Greer.

The Australian club also revealed that Zhou will join the team on October 16 and is expected to play their away game against the New Zealand Breakers on October 20.