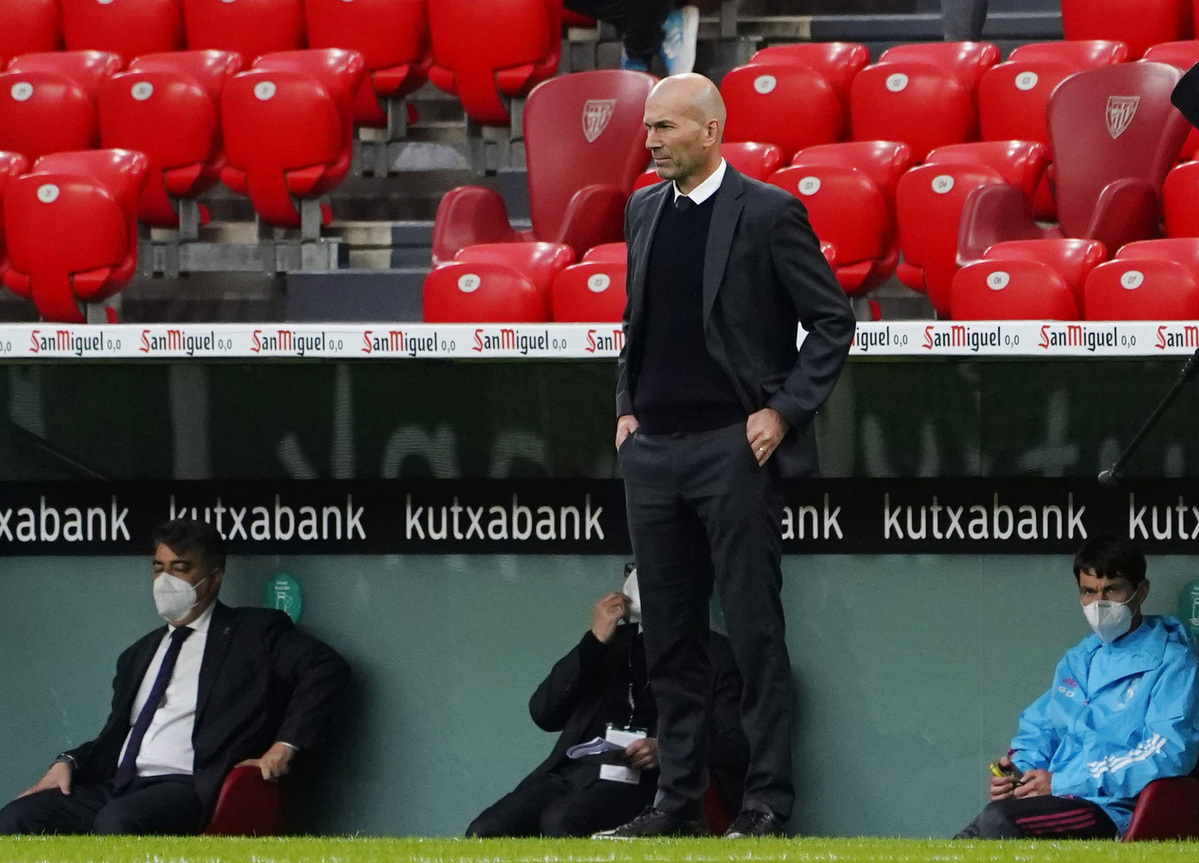 Real Madrid former coach Zinedine Zidane is seen during the match against Athletic Bilbao in Bilbao, Spain on May 16, 2021. (Photo: Agencies)

MADRID - Zinedine Zidane has explained his decision last week to step down as Real Madrid coach with a year left on his contract in an open letter to fans in which he criticized the club for a "lack of confidence" in his abilities.

Zidane resigned as Real Madrid coach for the second time in three years after his side finished the last season without any trophies and in his letter, he said being Real Madrid coach was "an enormous honor" and for that reason and his relationship with the fans, he wanted to "explain" his decision to leave his post.

"I'm going, but I'm not jumping overboard, nor am I tired of coaching," he wrote, highlighting there was a big difference between his recent decision and his resignation in May 2018.

"In May 2018 I left because after two and a half years, with so many victories and so many trophies, I felt the team needed a new approach to stay at the very highest level. Right now, things are different," said Zidane

"I'm leaving (now) because I feel the club no longer has the faith in me that I need, nor the support to build something in the medium or long term," he contrasted.

"I know when you don't win, you have to leave. But with this a very important thing has been forgotten, everything I built day-to-day has been forgotten, what I brought to my relationships with the players, with the 150 people who work with and around the team," continued the former coach.

"I was here to win trophies, but even more important than this are the people, their feelings, life itself and I have the sensation these things have not been taken into account, that there has been a failure to understand that these things also keep the dynamics of a great club going. To some extent I have even been rebuked for it," wrote Zidane.

In strong criticism of the club, he told supporters there has been "deliberately leaked messages to the media," that "negatively influenced the squad," and "created doubts and misunderstanding."