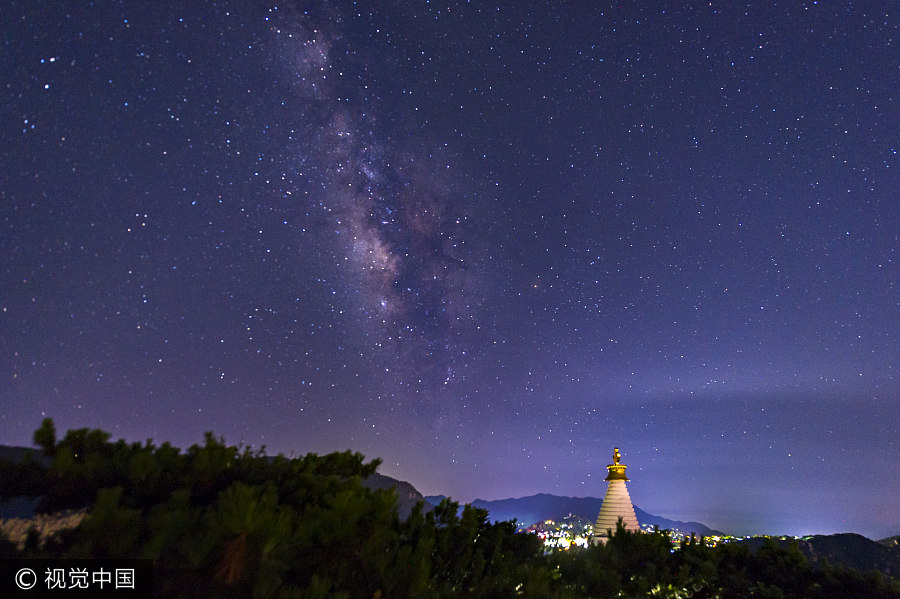 Chinese and Japanese scientists have discovered a "chemically peculiar" star in the Milky Way that proves our home galaxy might have grown by shredding and consuming smaller galaxies around it.

Scientists believe the technique used for the discovery could help identify more "alien" stars that did not originate in our home galaxy. This allows scientists to better understand the formation and evolution of the Milky Way, and how heavy elements like gold and uranium are created in the universe.

The star, named LAMOST J1124+4535, is located around 22,000 light years from Earth. Unlike stars formed in the Milky Way, this alien star has an unusually low amount of "alpha elements" including magnesium, silicon and calcium, which is about one-fifth the average of similar stars. 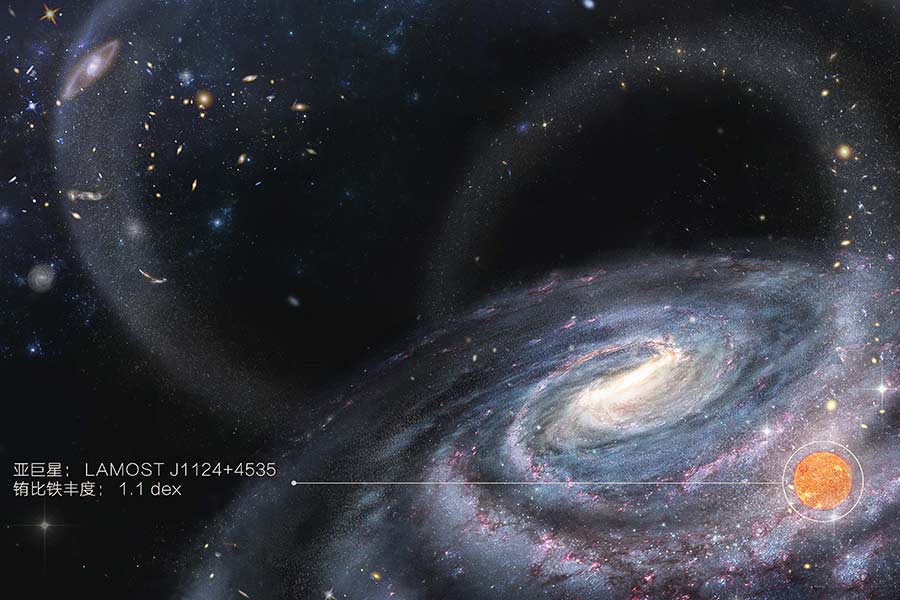 However, it has an excessive amount of rare and heavy elements like gold and uranium. These strange chemical compositions meant the star is likely from a different galaxy, according to findings published online on Tuesday in the journal Nature Astronomy.

"It is a 'rich immigrant' to the Milky Way," said Xing Qianfan, the paper's first author and an assistant researcher at the National Astronomical Observatories of the Chinese Academy of Sciences.

"By studying the chemical composition of stars, we can distinguish stars formed in the Milky Way from those in neighboring dwarf galaxies," Xing said, adding the newly discovered star could provide a window for exploring the chemical evolution of the Milky Way's neighbor galaxies.

Dwarf galaxies are small galaxies typically composed of from 100 million to several billion stars, which is relatively tiny compared to the hundreds of billions of stars found in larger galaxies like the Milky Way or Andromeda.

Scientists have hypothesized that large galaxies might bulk up by absorbing dwarf galaxies via gravitational pull. But dwarf galaxies are often difficult to spot due to their low luminosity, and there have only been dozens of such galaxies found orbiting the Milky Way.

Zhao Gang, the director of LAMOST's operation and development center, said this is the largest package of spectral data released to the world, which is used to help scientists unveil the chemical composition, densities, atmospheres and magnetism of celestial bodies.

One possible explanation for the unusual star is that it was formed after the merging of two neutron stars－super-dense remnants of massive stars that have exploded. When they merge, an atom's nucleus is bombarded with neutrons, forming heavier elements.

This phenomenon is called rapid neutron-capture process, or r-process, and it is believed to be responsible for about half of the production of elements heavier than iron.

However, Xing said such stellar events are extremely productive in creating heavy elements, and extremely rare. "There are still many unanswered questions," he said.