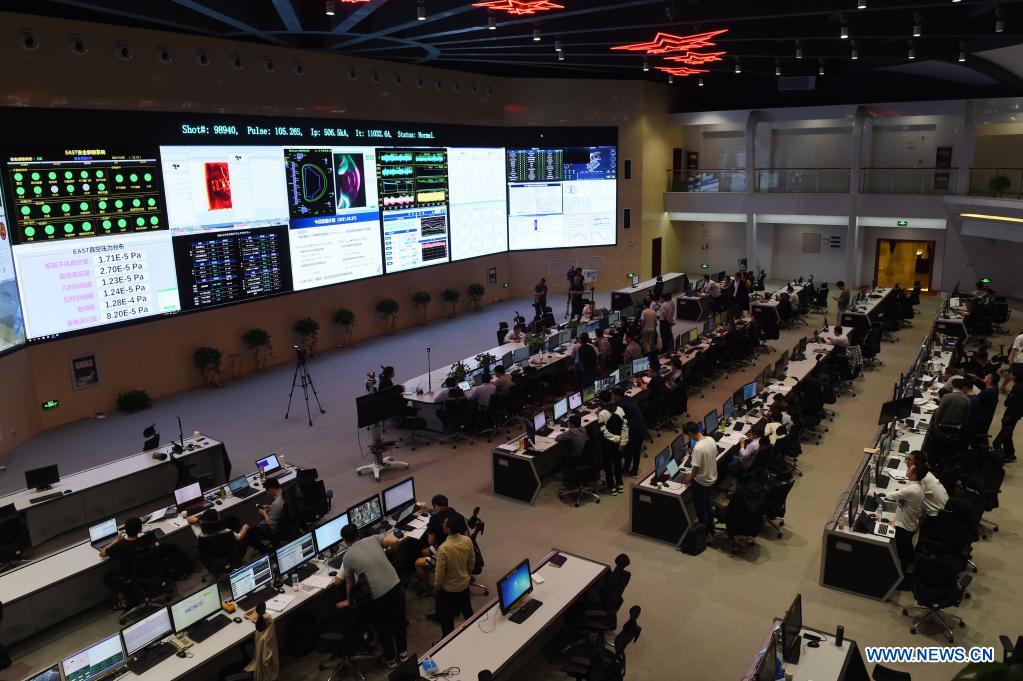 Researchers work at the control center of the experimental advanced superconducting tokamak (EAST), or the "Chinese artificial sun," on the early morning of May 28, 2021. (Photos: Xinhua)

HEFEI, May 28 (Xinhua) -- Chinese scientists have set a new world record of achieving a plasma temperature of 120 million degrees Celsius for 101 seconds in the latest experiment on Friday, a key step toward the test running of a fusion reactor.

The breakthrough was announced by Gong Xianzu, a researcher at the Institute of Plasma Physics of the Chinese Academy of Sciences (ASIPP), who is in charge of the experiment conducted in Hefei, capital of east China's Anhui Province.

The experiment at the experimental advanced superconducting tokamak (EAST), or the "Chinese artificial sun," also realized a plasma temperature of 160 million degrees Celsius, lasting for 20 seconds. 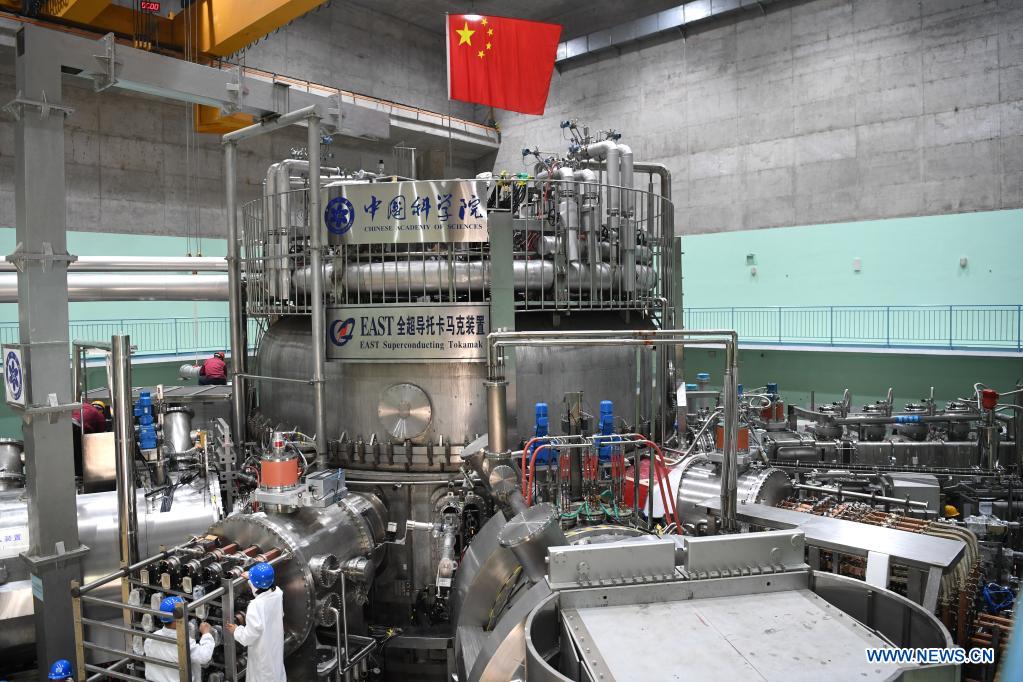 Staff members perform an upgrade to the experimental advanced superconducting tokamak (EAST) at the Hefei Institutes of Physical Science under the Chinese Academy of Sciences (CAS) on April 13, 2021.

The ultimate goal of EAST, located at ASIPP in Hefei, is to create nuclear fusion like the Sun, using deuterium abound in the sea to provide a steady stream of clean energy.

It is estimated that the deuterium in one liter of seawater can produce, through fusion reaction, the amount of energy equivalent to 300 liters of gasoline.

Around 300 scientists and engineers mobilized to support the operation of the doughnut-shaped experiment facility, which includes a vacuum system, RF wave system, laser scattering system, and microwave system. Preparation and upgrading work for the experiment started about a year ago, the institute said.

"It's a huge achievement in China's physics and engineering fields. The experiment's success lays the foundation for China to build its own nuclear fusion energy station," said Song Yuntao, director of ASIPP. 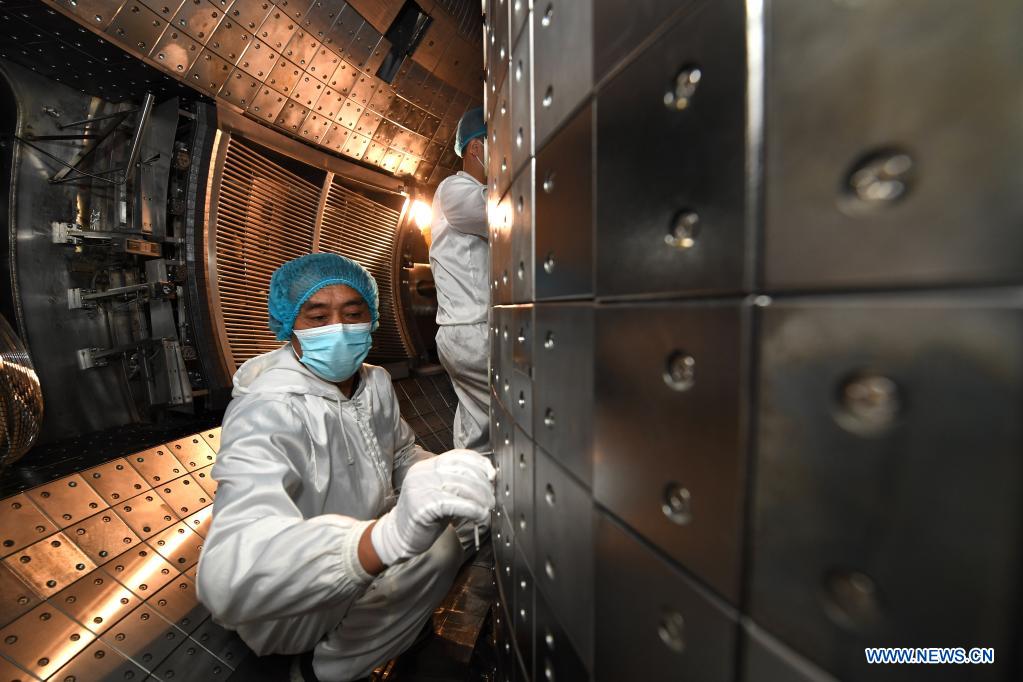 Staff members perform an upgrade to the experimental advanced superconducting tokamak (EAST) at the Hefei Institutes of Physical Science under the Chinese Academy of Sciences (CAS) on April 28, 2021.

As opposed to fossil fuels such as coal, oil, and natural gas, which are in danger of being exhausted and pose a threat to the environment, raw materials required for the "artificial sun" are almost unlimited on earth. Therefore, fusion energy is considered the ideal "ultimate energy" with the potential to help China realize carbon neutrality.

Fusion energy, one of the greatest frontiers of today's physics, requires not only top scientific research ability but also massive experimental instruments.

Since its operation in 2006, the Chinese-designed and -developed EAST has been an open test platform for Chinese and international scientists to conduct fusion-related experiments.