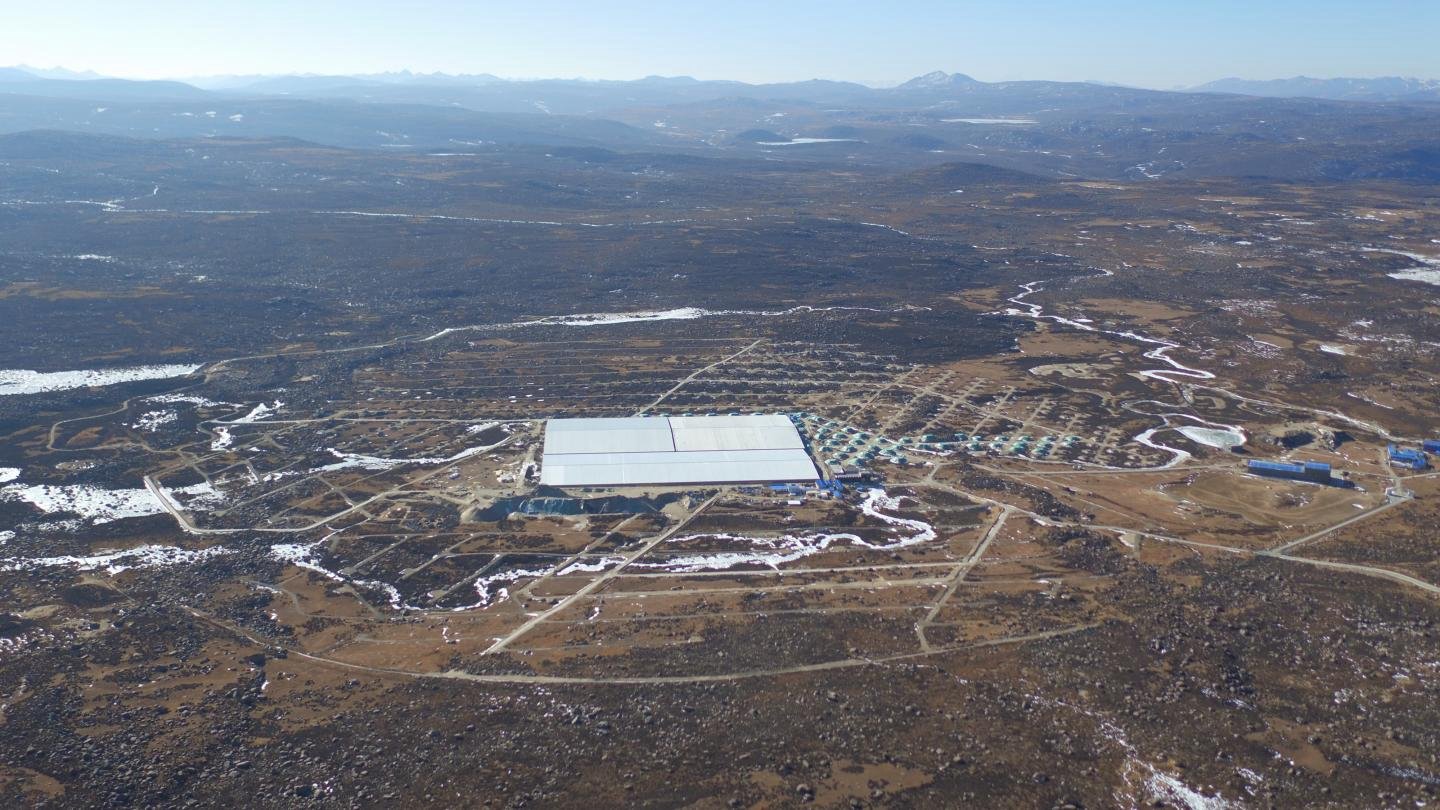 The first observatory to detect cosmic-rays has been put into operation in China's Sichuan Province, according to a scientist who is part of the project on April 26.

Located over 4,000 meters above sea level in southwest China, the Large High Altitude Air Shower Observatory (LHAASO) is tasked with discovering high energy cosmic-rays sources, which is said to carry the secrets of the origins of the universe.

"Where do the cosmic rays come from, how have the rays been accelerated to energies higher than those that can be achieved in even the largest man-made particle accelerator," Cao Zhen, the chief scientist of the LHAASO project said.

Over the centuries, scientists have kept trying to catch the so-called "cosmic messenger" in order to have a further understanding of our universe. But methods from launching a particle-detector equipped satellite to installing a Cosmic Ray Tau Neutrino Telescope 2,400 meters under the Antarctic ice sheets all failed to get a closer look at them.

Why are they so hard to detect?

"One of the reasons that the origins of cosmic rays are so hard to uncover is its correlation with the universe activities, the higher the energy of the cosmic rays, the less the rays can be detected," said He Huihai, project deputy manager and researcher from the Institute of High Energy Physics (IHEP), Chinese Academy of Science.

For cosmic rays who want to come to the earth, they have to equip with high energies; otherwise, they cannot make it. That explains why so rare rays can be found on earth.

Scientists have tried to trace their origins by analyzing their moving path. But the ubiquitous magnetic field in the universe has already secretly changed the way of these charged particles when they entered the earth, which made it impossible to draw a conclusion.

Luckily, things are not always disappointing after scientists detected other family members in the cosmic rays that are not influenced by the magnetic field. Since then, the new targets—gamma-ray, neutrino, and ultra-high-energy cosmic ray have begun to come into the "spotlight."

According to Cao, over 180 gamma-ray origins have been spotted by scientists, the explosion of supernovas, black holes and other massive collisions in the galaxy are all on the possible list.

Why do we need LHAASO?

LHAASO will comprise an array of 5,195 electromagnetic detectors; an array of 1,171 muon detectors; a Water Cherenkov Detector Array spanning three ponds with a total active area of 7.8 hectares; and an array of 12 wide-field Cherenkov telescopes, distributed in an open space of 1.3 square kilometers, according to the team.

Once completed in 2021, it will become the most sensitive gamma-ray observatory with the broadest measurement range, the scientist said.

When compared with the High Altitude Water Cherenkov Experiment (HAWC), a similar experiment mainly built by the US and Mexico, physicist Ibrahim Daniel Torres Aguilar, who is HAWC's site manager, told Physics World that LHAASO will have a better sensitivity than HAWC.

"However, because both observatories have a large field of view and they are on opposite longitudes, it opens the possibility that the two observatories can work together to constantly map the cosmos," he added.