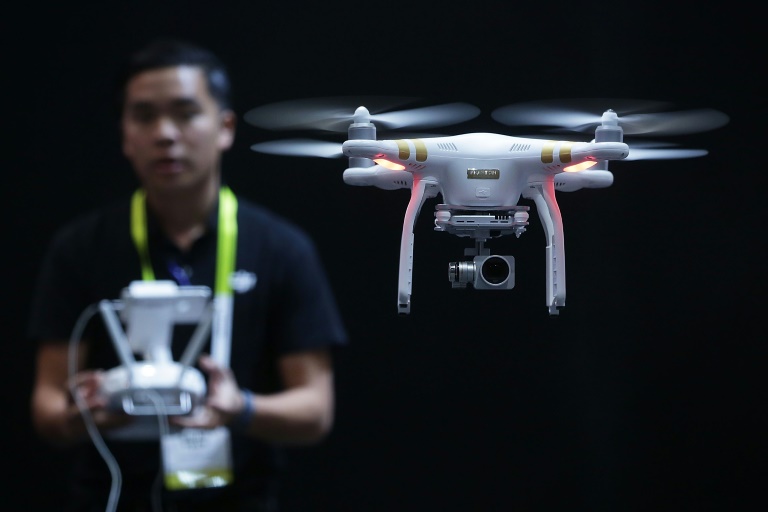 Drunk droning is as bad as driving, said one Japanese official. (Photo: AFP)

People in Japan operating drones under the influence could face up to a year in prison under new laws passed Thursday that aim to control the increasingly popular devices.

Drunkenly flying a drone weighing more than 200 grams (seven ounces) could also result in a fine of up to 300,000 yen ($2,750), after the lower house of parliament passed the new legislation following a string of accidents.

Performing dangerous stunts with drones such as sharp plunges will also be subject to fines of up to 500,000 yen.

"We believe operating drones after consuming alcohol is as serious as (drink) driving," a transport ministry official told AFP.

The rules come as Japan sees a rising amount of drone usage as well as related accidents.

In 2017, an industrial-sized drone was deployed at a "robot festival" in Ogaki city in central Japan and was supposed to shower small children with sweets.

But the device, operated by a qualified individual, injured six people after plunging 10 metres (33 feet) to the ground.

Japan has also had to confront issues with tourists flying drones in congested tourist areas like Kyoto.

Last month, Japan passed a set of laws to ban drones over Tokyo 2020 Olympic sites and US military facilities, after banning them over key facilities like the Prime Minister's Office and the Imperial Palace.