TECH 'Fettuccine' may be most obvious sign of life on Mars

'Fettuccine' may be most obvious sign of life on Mars 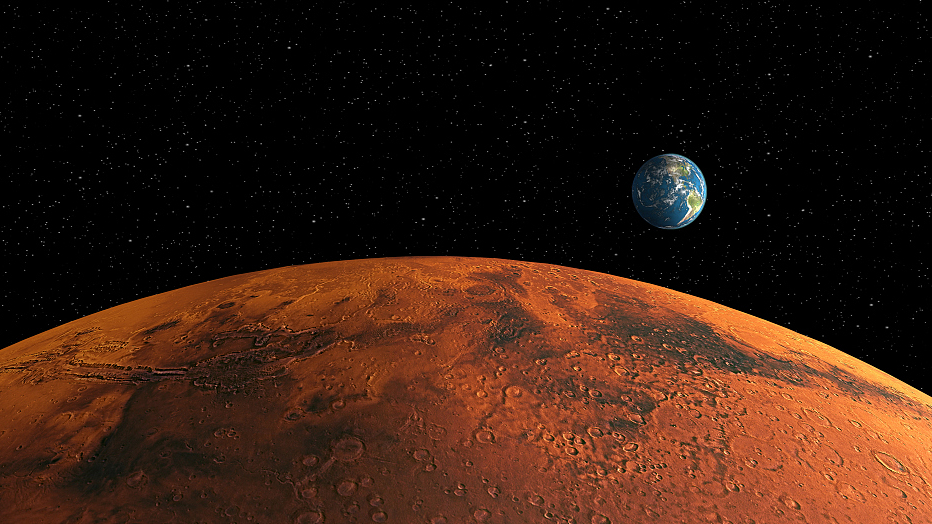 Rocks that look like pasta on Mars may be the most obvious sign of life, according to a study released by the University of Illinois on Wednesday.

The researchers analyzed the microbial genomes, evaluated which genes were being actively translated into proteins and deciphered the organism's metabolic needs. They also looked at Sulfurihydrogenibium yellowstonense, abbreviated as Sulfuri's rock-building capabilities.

They found that proteins on the bacterial surface speed up the rate at which calcium carbonate, also called travertine, crystallizes in and around the cables one billion times faster than in any other natural environment on Earth. The result is the deposition of broad swaths of hardened rock with an undulating, filamentous texture.

"This should be an easy form of fossilized life for a rover to detect on other planets," said UI geology professor Bruce Fouke, who led the NASA-funded study.

"If we see the deposition of this kind of extensive filamentous rock on other planets, we would know it's a fingerprint of life," Fouke said. "It's big and it's unique. No other rocks look like this. It would be definitive evidence of the presences of alien microbes."

The bacterium that controls the formation of such rocks on Earth is ancient and thrives in harsh environments that are similar to conditions on Mars, Fouke said.

The study has been published in the journal Astrobiology.