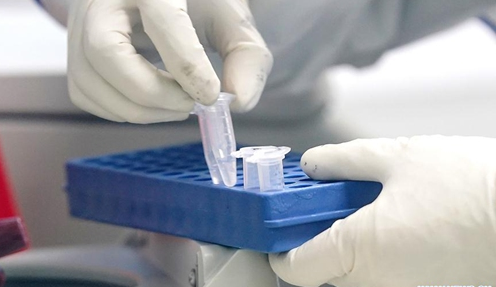 The company that provided COVID-19 test kits to Spain did not get the license from China's authorities on medicines for selling its products, the Chinese Embassy to Spain said on its Twitter account in response to claims that these test kits were "substandard."

The purchase of these test kits has nothing to do with the important purchases that Spain has made based on the recent list of companies officially recommended by the Chinese government to deal with COVID-19, the embassy wrote on its Twitter account in Spanish.

Spain announced on Wednesday that it had bought $467 million in medical supplies from China, including 950 ventilators, 5.5 million test kits, 11 million pairs gloves and more than half a billion protective face masks.

The Spanish government issued another statement on Thursday, saying that the test kits involved in the incident are not the ones it bought from the Chinese government - they were imported by a Spanish supplier from a Chinese manufacturer. These products have CE markings and could be sold in the EU.

The CE marking is a certification stamp that indicates conformity with health, safety, and environmental protection standards for products sold within the European Economic Area.

The statement also noted that the Carlos III Institute of Health and a Madrid hospital carried out tests and found the problem of "low sensitivity." The government decided to return the products and contact the manufacturer to replace the tests kits with another batch, the statement said.

The market supervision administration in Shenzhen has started an investigation into the company, it announced in a notice released Friday morning.

The test kits were produced by Shenzhen Bioeasy Biotechnology based in South China's Guangdong Province. The company claimed on its WeChat account that the low sensitivity of the test kits used in Spain was due to the users not following the instructions properly in the process of taking samples.

Bioeasy said that the company contacted the Ministry of Health in Spain after seeing the news. The company has learned that the hospital compared its products with the PCR test results and found the sensitivity of its products lower than PCR.

"We have learned that they (the hospital) may not have operated strictly in accordance with the instructions on taking nasopharyngeal swab samples, which may have caused low sensitivity."

The company has made an instructional video and related instruction cards and contacted the Spanish side on how to deal with the samples.

An institute on infectious diseases and clinical microbiology in Spain are taking a test on the new batch of products and the results are good so far. There will be a formal report on the test within one to two days.

The company also said that the Spanish Health Ministry decided to extend their contract with the company and order a new batch of products. It also required the company to ensure the delivery of the products on time.