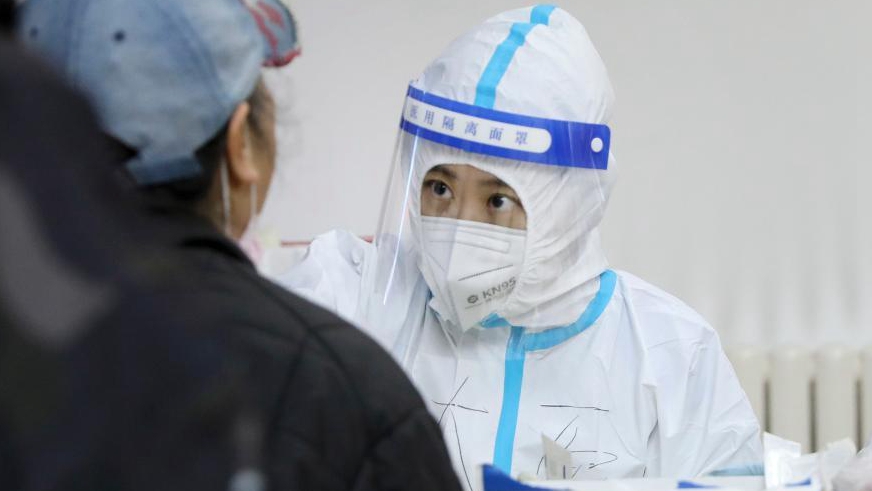 As part of China's COVID-19 control efforts, a new approach is being used in some areas to rapidly identify people at risk of infection.

Health authorities in southwest China's Chengdu have introduced the "space-time contact" method, which identifies people who have been in the same space as a confirmed COVID-19 patient, within an area of 800 square meters, for over 10 minutes.

The "space-time contacts" are identified by tracking mobile phone signals.

Central China's Henan Province has also adopted the new approach. Some people in its capital city Zhengzhou recently received a message on their phones saying they were identified as "space-time contacts" of confirmed cases.

Local health authorities said they are required to take two COVID-19 tests within three days and self-quarantine until negative test results are obtained. Besides Zhengzhou, the new approach has been used in areas like Beijing and Fujian Province, with different testing requirements from place to place.

Experts believe the new method helps quickly identify people at risk of infection and reduces the workload of health workers. Others said the method "may not be ideal," but could be better than conducting citywide nucleic acid tests.

Meanwhile, the close contact method is still being used to pinpoint possible infections.

"In the most recent outbreak, the Delta variant is shown to be more contagious," Kang Yi, director of the infectious disease department at Henan Provincial People's Hospital, told CGTN.

"For close contacts, or those who have stayed within the same enclosed space as a confirmed case, our guidelines set forth an increased infection period, from two days before symptoms begin to four days, to better curb the spread," explained Kang.

While on infection risk, Li Menglei, an official from the Henan Center for Disease Control and Prevention, told China Daily that the "space-time contacts" have slightly lower infection risk than close contacts.

Facing the latest resurgence of COVID-19, areas like Henan are not only using the "space-time contact" tracing method, the province has also conducted mass testing, implemented targeted lockdowns and travel restrictions, and is launching vaccinations for children aged 3 to 11.