The third CGTN Global Media Summit and CCTV+ Video Media Forum (VMF) was held on Wednesday in Beijing under the theme "Media vs. Technology." 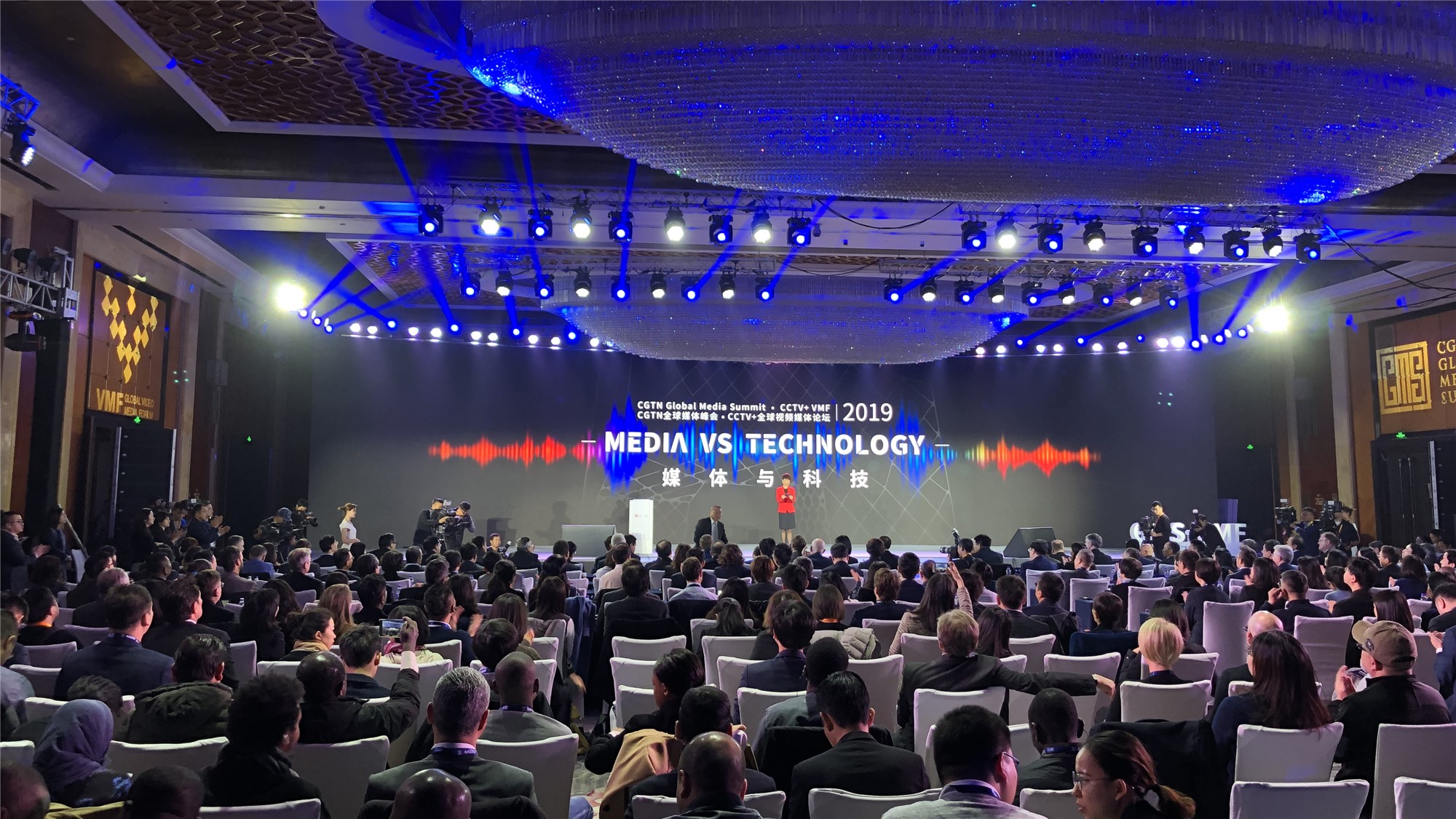 President of China Media Group (CMG) Shen Haixiong said in a speech that "in the face of a complicated and complex world, the role of the global media should be constructive, not destructive. It should be to promote integration, not to strengthen disputes."

"In the history of the world media development, there has never been a historical period like this, and technology has brought profound changes to media," he added.

The summit gathers prominent speakers from the business and media sectors, including managers of influential broadcasters such as Russia Today (RT) and BuzzFeed, as well as industry giants including Alibaba and Huawei, to discuss issues related to the relationship between media and technology.

The summit will feature discussions on a variety of topics centered on the relationship between technology and media. Among the themes are "5G & the Future: A New Era of Technology Innovation" and "Tech, News and the New Generation: The Evolution of Content Consumption."