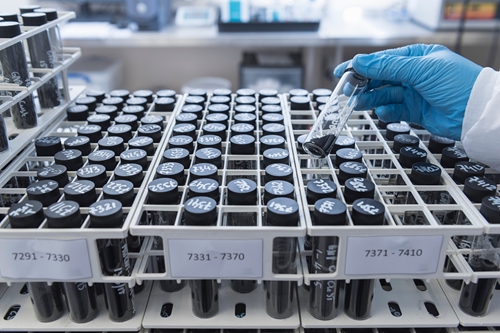 Cao Yuan, a 24-year-old Chinese scientist who has been called "a genius born after 1995," climbed Sina Weibo's hot topic lists on Friday as two papers he had co-written were published in Nature magazine on May 6, concerning research on magic-angle grapheme. It was his second double Nature publication.

Chinese netizens are amazed by his knowledge and achievements in the scientific field, especially given his young age.

Discussions about whether he should return to China to contribute to his home country were also ignited, but most praised Cao's ability to outperform his generation.

"A country is strong when its youth is strong," one netizen commented. Some have high expectations that he will win the Nobel Prize for his research on magic-angle graphene.

"Magic-angle grapheme - a Nobel Prize is not far away," a netizen named "Yeshen w bujing" wrote.

Cao is the first author and a corresponding author of one paper and co-author of the other.

He has topped Nature's list of ten people who mattered in 2018, and the publication gave him the title of "Graphene wrangler" for his two papers published in 2018 on strange behavior in atom-thick layers of carbon. Nature said the research has "spurred a new field of physics." Some media reports also named him "the potential youngest Nobel Prize winner in China."

Cao graduated from the University of Science and Technology of China in Hefei, capital of East China's Anhui Province at the age of 18 and now works in Pablo Jarillo-Herrero's group at the Massachusetts Institute of Technology in two-dimensional materials in the US.

Despite his achievements, he says he isn't special. "I just skipped some of the boring stuff in middle school," Cao was quoted to have said by Nature.

On his homepage, Cao uses Chinese, English and Japanese to introduce himself, saying he is "interested in a variety of stuff [including] physics, electronics and computer science."