Forty countries led by Japan and the European Union — but not the US or China — have agreed to require new cars and light commercial vehicles to be equipped with automated braking systems starting next year, a UN agency said. 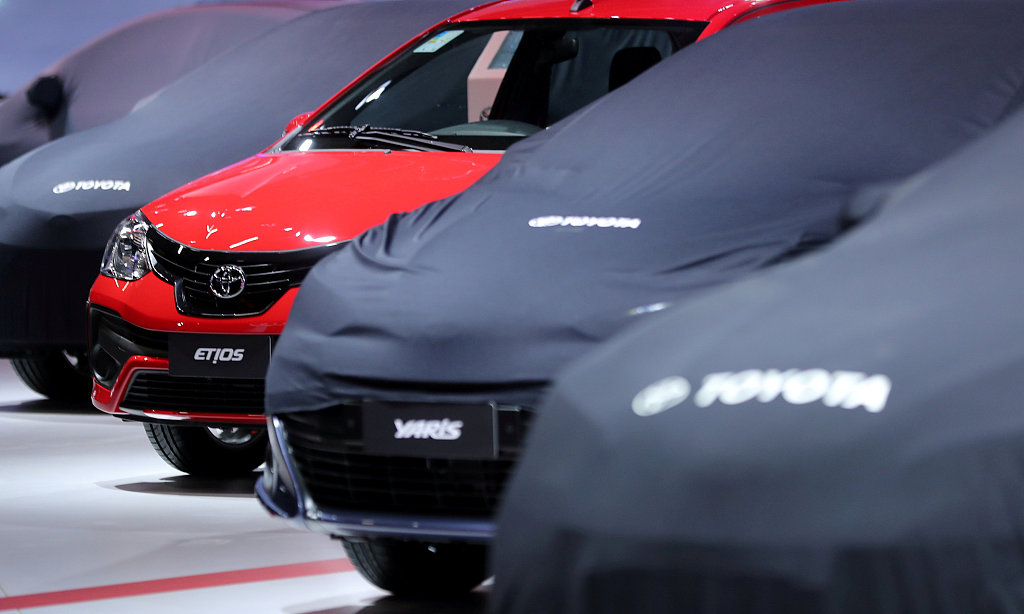 File photo: VCG
The United Nations Economic Commission for Europe, a key UN standards agency, said the draft agreement was reached Feb. 1. It was only announced Tuesday after the finishing touches were put on the deal, spokesman Jean Rodriguez said.
The regulation will require all vehicles sold to come equipped with the technology by which sensors monitor how close a pedestrian or object might be. It can trigger the brakes automatically if a collision is deemed imminent and if the driver doesn't appear set to respond in time.
The measure will apply to vehicles at "low speeds": 60 kilometers per hour (42 mph) or less, and only affects new cars sold in the markets of signatory countries — so vehicle owners won't be required to retrofit their cars and trucks already on the roads today.
Rodriguez said the resolution would affect some 20 million new cars in the EU, Japan and elsewhere each year.
UNECE says agreeing countries want to be more pro-active in fighting roadway accidents, particularly in urban settings where obstacles like pedestrians, scooters, bicycles and other cars in close proximity abound. The agency pointed to more than 9,500 roadway deaths in the European bloc alone in 2016, and EU Commission estimates that the braking systems could help save over 1,000 lives each year in the bloc.
Apparently wary that the regulations might be seen as a step toward giving artificial intelligence precedence over humans, the drafters put in clear language in their resolution: A driver can take control and override these automated braking systems at any time, such as through "a steering action or an accelerator kick-down."
UNECE says the new rules build on existing UN rules on the braking system for trucks and buses, mainly for safety in higher-speed motorway conditions.
China, the United States and India were among the countries that have not signed on to the regulations.