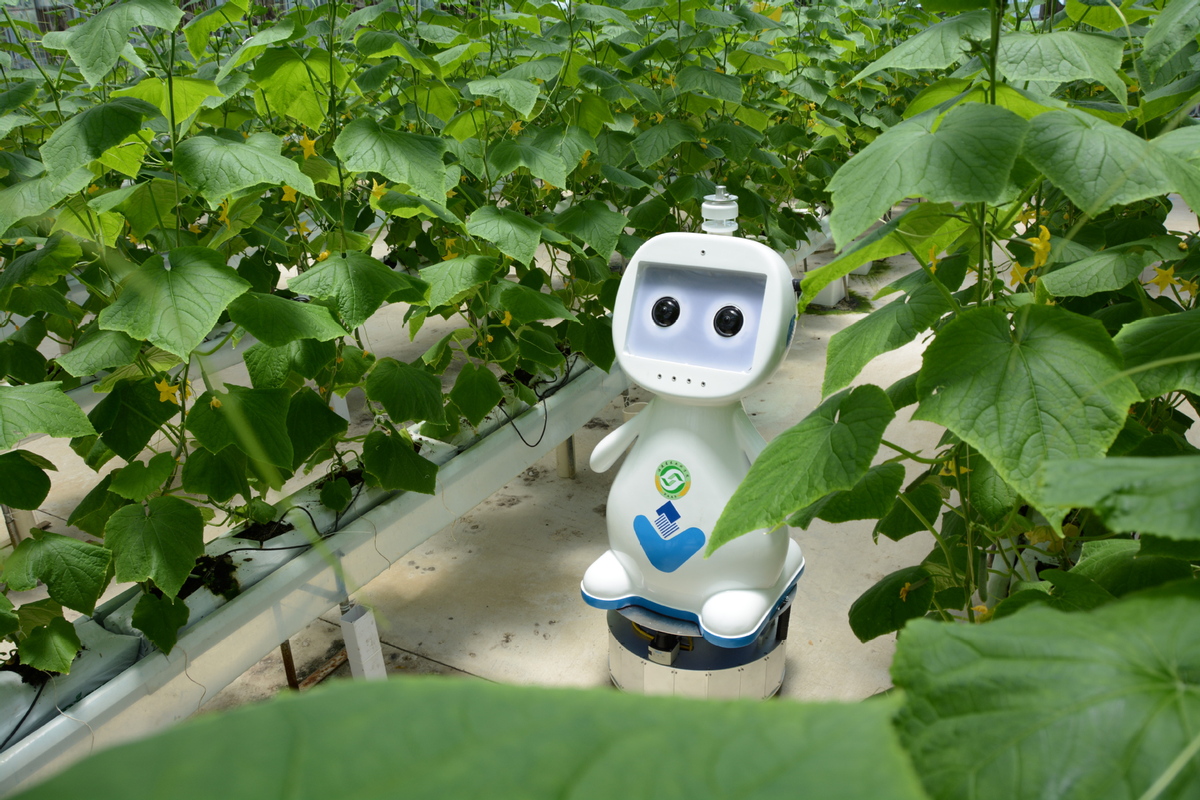 A 5G-enabled farming robot moves in between two rows of plants in a greenhouse in East China's Fujian province, June 15, 2019. (Photo: Xinhua)

FUZHOU - In a greenhouse, a white robot moves in between two rows of leafy greens while data about the plants are gathered and fed back to a control room.

The robot was put to use in East China's Fujian province, and unlike many other agricultural robots, this one is 5G-enabled.

That means the real-time picture and video transmission has super low latency, which allows the data gathered from the robot's various sensors to be analyzed by AI more efficiently, according to its developer.

With a cartoonish look, the robot has a round base with wheels underneath, allowing it to move in all directions. It can be used for automatic inspection and data sampling.

Since 2013, China has been the world's largest market for industrial robot applications. The country believes robot applications can alleviate the pressure from rising labor costs and build more high-quality development.

Developed by Fujian Academy of Agricultural Sciences (FAAS) and Fujian Newland Era Hi-Tech Co., Ltd., the robot is part of their efforts to build an "Autonomous running farms," according to Zhao Jian, deputy head of the digital agriculture institute of FAAS.

Sensors to detect wind velocity, carbon dioxide levels, humidity and temperature are also situated at the top of its head and mouth.

With AI algorithms that are being developed by the team, the robot can use the data to determine the plants' health condition, pest control conditions, or even pick fruit with a bionic hand in the future, Zheng said.

The robot has been connected to the 5G signals from telecommunication operator China Unicom for tests since last week.

"The ultimate goal is 'manless farms'," said Zhao. "We expect the robot to be deeply integrated into the agricultural process, even helping people make management decisions."