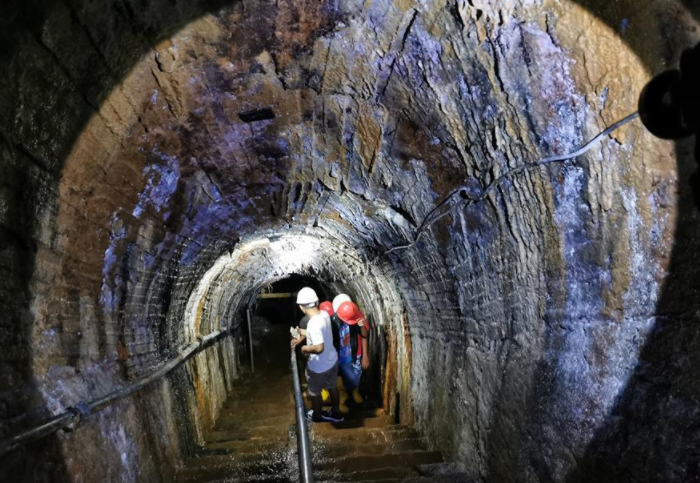 After inking a framework agreement with China Mobile and Huawei this September, China's largest hard coal producer Yangquan Coal Industry Group in Shanxi has successfully deployed an underground 5G base station in one of its coal mines as part of the move to promote 5G-based intelligent mining.

The 5G base station, which has undergone an explosion-proof upgrade given the complicated underground working conditions, was put into service earlier this week and can transmit real-time high-definition videos.

"5G has strong covering power but it was unclear whether it would work well under extreme conditions. The successful installation of the base station proves that 5G can be used in such an environment," said Lyv Le with China Mobile's Shanxi branch. "For example, the thick dust underground interferes with the signal of traditional video and infrared cameras, but has little effect on 5G-based equipment."

Under the agreement, the 5G network will be applied in coal mine communication, management, safety production and monitoring.

Shanxi Province, in northern China, has more than 900 coal mines with an annual output of 900 million tons. About 300,000 coal miners in the province are working long hours underground.

"The large bandwidth and large-scale connection of 5G technology can support more sensors and make data transmission quality higher and more stable," said Lyv. "For example, in the past, there was only one monitoring point for 100 devices. Now, with the help of 5G, we can set up 100 monitoring points for a single device, which can greatly improve downhole safety and real-time monitoring."

Yangquan Coal Industry Group is not alone in embracing the new technology. China's traditional mine companies are increasingly merging onto the 5G "expressway."

Not long ago, Henan Energy and Chemical Industry Group signed an agreement with China Mobile's Henan branch to build the first 5G-based unmanned mining project in the province.

The project aims to realize unmanned two-way traffic transportation and an intelligent scheduling system, which means a complete unmanned operation in open pit mine production in the process of shoveling, loading and transporting. The new system is expected to make non-coal mine production much safer and more efficient.

Open-pit coal mines are also keeping up with the trend by integrating GPS, facial recognition, big data and other technologies, as 5G-powered tramcars went into service in a coal mine in north China's Inner Mongolia Autonomous Region, assisting the drivers to offload without blind spots.

"With the advent of the 5G era, mining will become more and more intelligent, and also safer and cleaner. Technology will usher in a new era for traditional coal enterprises," said Lyv.