TECH 5G to contribute $900 bln to Asian economy in next 15 years: report

5G to contribute $900 bln to Asian economy in next 15 years: report

5G will contribute almost $900 billion to Asia's economy over the next 15 years, said the Global System for Mobile Communications Alliance (GSMA) during the Mobile World Congress (MWC) held from June 26 to 28 in Shanghai. 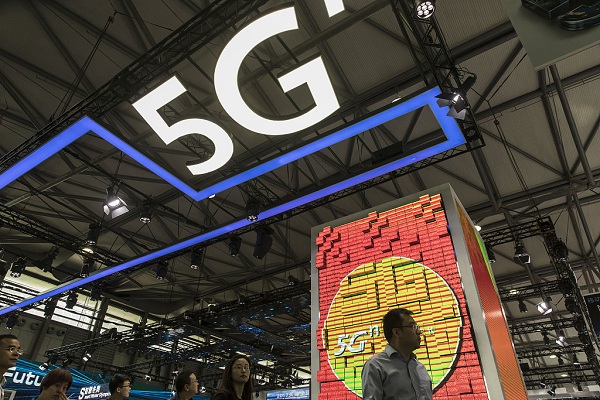 Signage for 5G is displayed at the China Unicom booth at the MWC Shanghai exhibition in Shanghai, June 27, 2019. (Photo: VCG)

The report, Asia Pacific edition of the GSMA's Mobile Economy series published at MWC, said Asia's mobile operators are set to invest $370 billion, which is two-thirds of their overall investment in new networks, in building new 5G networks between 2018 and 2025.

"Although 4G still has plenty of headroom for growth across Asia, operators in the region are now investing billions of dollars in building advanced 5G networks that are providing an array of new services to consumers, improving industry and manufacturing, and driving economic growth," said Mats Granryd, director general of the GSMA.

As a result, by 2025, around 18 percent of mobile connections will be running on 5G networks. Meanwhile, 4G mobile technology will account for more than two-thirds of connections in Asia by 2025, increasing from 52 percent of that in 2018.

Regarded as a leader in rolling out 5G applications, China is forecast to invest $184 billion in 5G by 2025, said the report.

China is currently testing 5G across all major cities and provincial regions, including Shanghai, ahead of commercial launches next year. It is forecast that 28 percent of China's mobile connections will be running on 5G networks by 2025, accounting for about a third of all 5G connections globally.

Last year, the mobile ecosystem in the Asia-Pacific region, directly and indirectly, employed more than 18 million people, and contributed $165 billion to public sectors via general taxation, according to the report.

The GSMA represents the interests of mobile operators worldwide, uniting more than 750 operators with nearly 400 companies in the broader mobile ecosystem, including handset and device makers, software companies, equipment providers and internet companies, as well as organizations in adjacent industry sectors.