The AC352 mid-sized utility helicopter has entered the phase of sub-plateau flight tests, according to the China Aviation Industry Corporation (AVIC). 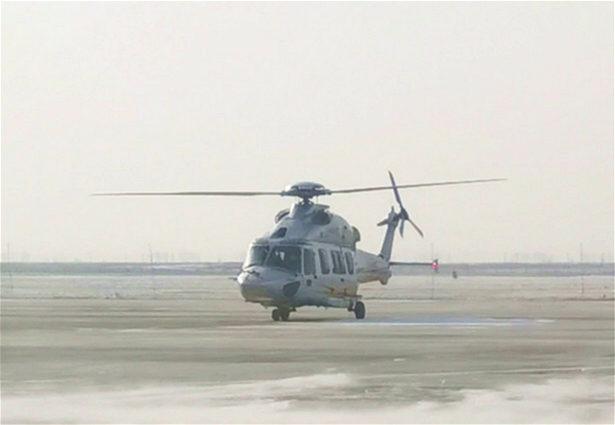 The AC352 is now conducting the flight test at an airport in Liupanshui, southwest China's Guizhou Province, at an elevation of 1,975 meters, said the AVIC.

During this flight test phase totaling around 25 flight hours, the AC352 will test multiple subjects on their high-altitude performance in the sub-plateau region.

The test subjects include performance in fire fighting, taking-off and landing, near-ground flight and hovering, among others.

Meanwhile, the AC352 will receive flight tests by the civil aviation authorities, the AVIC said.

Developed by AVIC Harbin Aircraft Industry, the AC352 is a mid-sized twin-engine utility helicopter. It can carry up to 16 passengers with a 7.5-tonne maximum take-off weight and a maximum range of 1,000 kilometers.

The new helicopter model started its flight-test journey for its airworthiness certification at the end of 2019.