After Jiuzhang, Chinese scientists expect to build universal quantum computers in '15 to 20 years'

Chinese scientists said they expect to build universal quantum computers within 15 to 20 years after establishing Jiuzhang, a new light-based quantum computer prototype via which a maximum of 76 photons were detected. 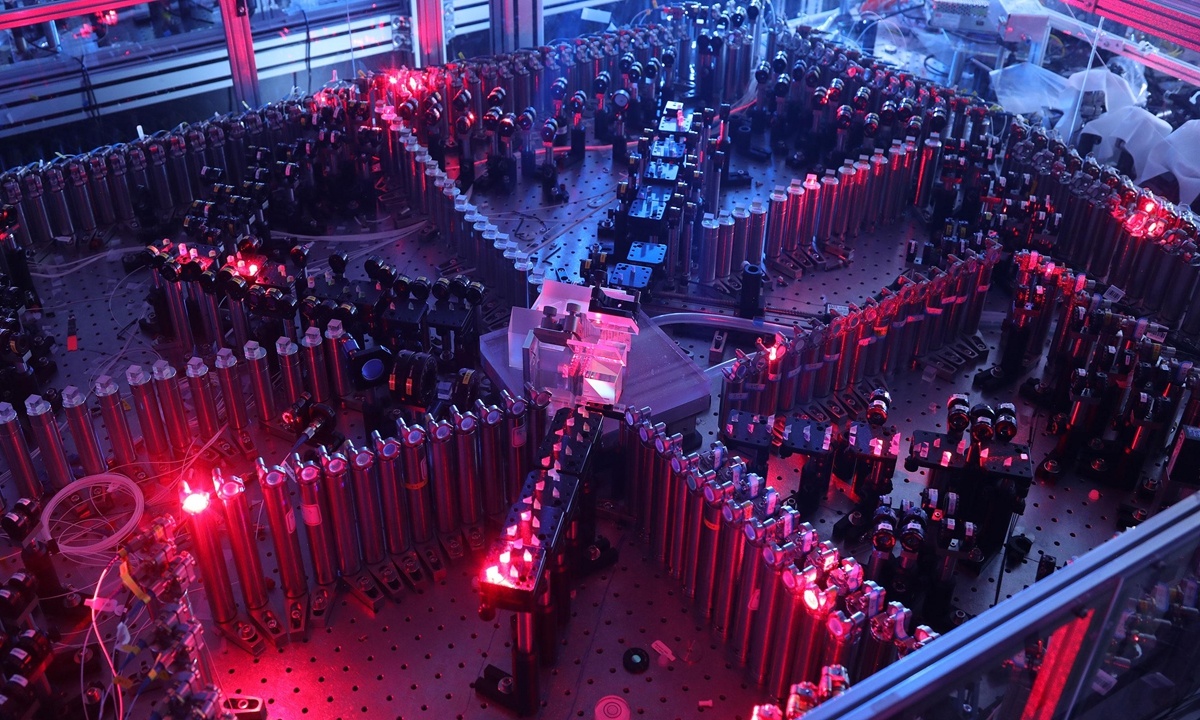 A photo of the Jiuzhang light-based quantum computer prototype Photo: courtesy of University of Science and Technology of China

Although Jiuzhang has prodigious computing power, it is only a milestone in the first stage of quantum computing's development, said Jiuzhang's research team led by renowned Chinese quantum physicists Pan Jianwei and Lu Chaoyang.

"[We] expect to build a universal quantum computer through 15-20 years of effort to solve such widely used problems as cryptography analysis, weather forecasting and drug design," the People's Daily quoted Pan as saying on Tuesday.

Future universal quantum computers are expected to bring revolutionary innovations in various industries including chemistry and medicine that closely relate to people's lives, said Lu, who is also a professor at the University of Science and Technology of China in East China's Anhui Province.

However, it's difficult to predict how long it will take for quantum computing to enter and benefit our daily lives, as quantum computers are still in the early stages of development both at home and abroad, Lu added.

"We are still at the foot of mountain," he told the Global Times on Tuesday.