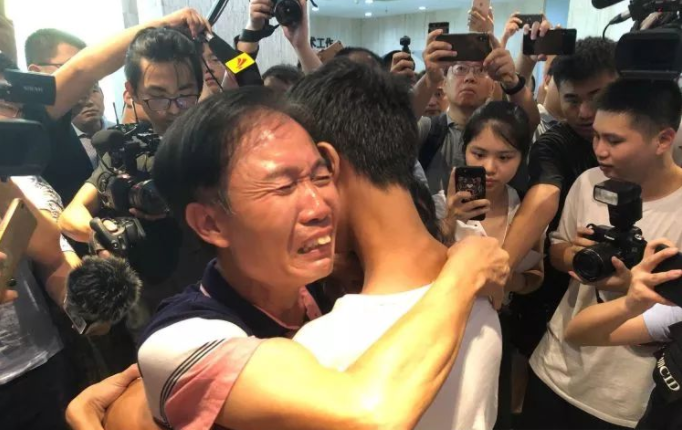 The couple reunite with their son who was abducted 18 years ago. (Photo:China Daily)

Thanks to artificial intelligence (AI) technology, a couple in south China's Shenzhen were reunited with their son, who was abducted 18 years ago.

According to local police, the couple's son went missing near his home in Shenzhen's Futian District in 2001 when he was only three years old. Though the parents were able to provide blood samples soon after, the police investigation into the boy's whereabouts was unable to turn up any valuable leads.

AI technology was introduced to aid anti-trafficking work earlier this year. Computer vision technology has been adopted for the simulation modeling of growing human faces, said Li Xin, an expert from Tencent.

The couple provided as many pictures of their little boy as possible to assist machine learning, and the system produced nearly 100 possible clues.

A special team was set up to investigate the clues. Soon they found a young man in the city of Yunfu who looked highly similar to the face sample. After having arranged a test of his DNA, they found it matched the couple's.