HANGZHOU, Nov. 18 (Xinhua) -- "OMG!", "Buy it! Buy it!" were some of the catchphrases that an AI-powered virtual host picked up from China's "King of Lipstick" Li Jiaqi, the cosmetic salesman who once sold 15,000 lipstick tubes in just five minutes through livestreaming. 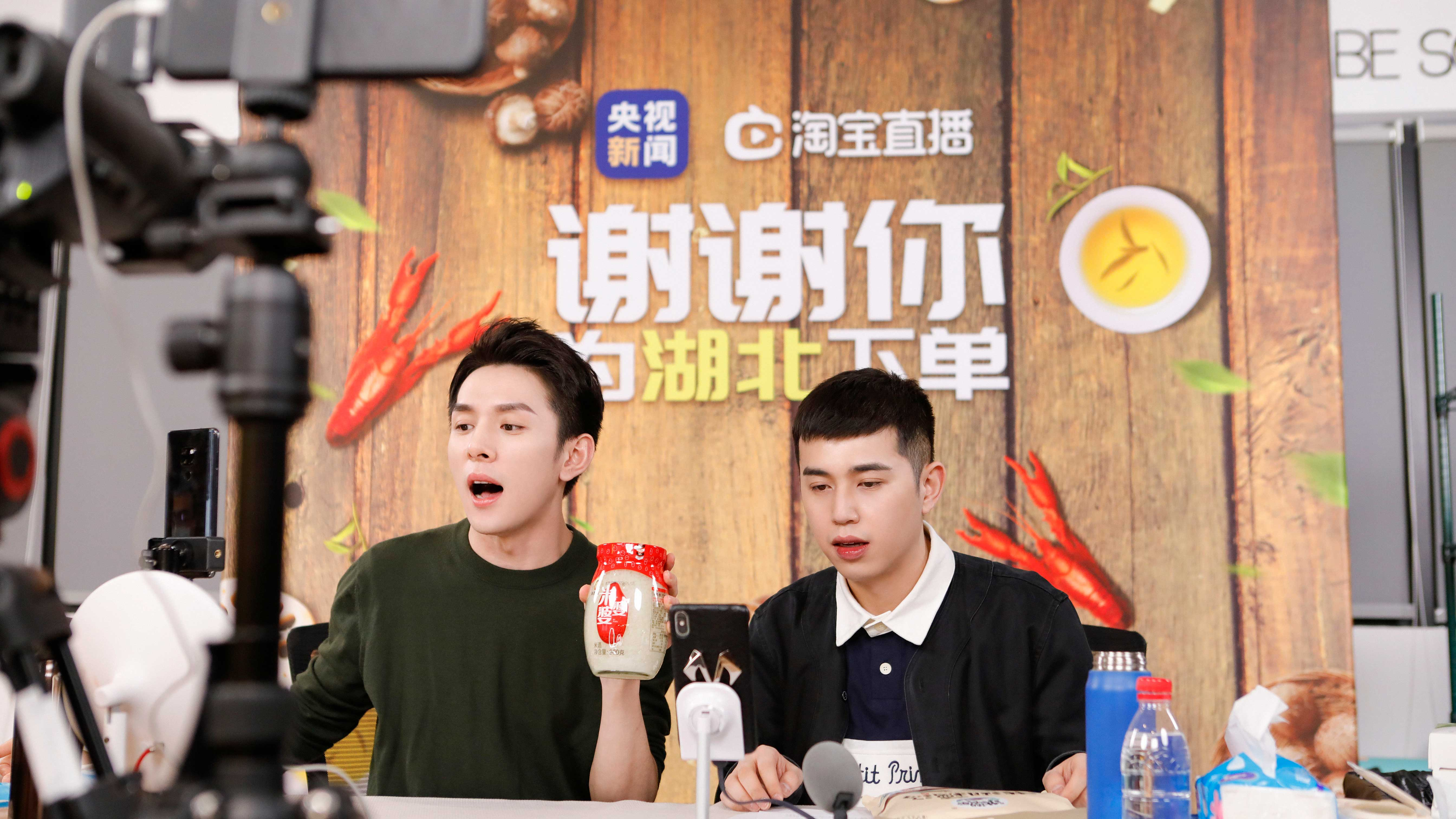 Over the years AI-driven sales have emerged as a new force in China's fast-growing livestreaming e-commerce industry, where cartoon avatars cheer, dance, and rap to promote products on live shows.

In recent years, China's online outlets and brands have been increasingly hiring social media influencers with a large fan following or professional salespersons to help promote their products via livestreaming. While the streamer presents the products, product links and vouchers appear on the screen for viewers.

The country's major online shopping platforms such as Taobao and its rival JD.com have both launched their own livestreaming platforms, Taobao Live and JD Live, which fueled the trend of livestreaming e-commerce.

Livestreaming e-commerce users in China came in at around 309 million as of June, roughly one-third of the total number of internet users in the country, according to a report released by China Internet Network Information Center in September.

The total scale of the country's livestreaming e-commerce industry reached 433.8 billion yuan (about 65.69 billion U.S. dollars) in 2019 and is expected to double by the end of 2020, a report by global accounting firm KPMG and AliResearch showed.

Meanwhile, AI-powered virtual hosts are foraying into the industry as they offer a cost-efficient and feasible alternative to hiring real people, according to industry insiders.

In livestreaming e-commerce, however, AI hosts are still new players, according to experts from e-commerce platform Alibaba.

"After using the AI broadcaster, we noticed record views every day," said Xiang Jing, who is in charge of Philips outlet on the Tmall shopping platform, adding that nearly 80,000 people watched the livestream during the peak hours.

"In some core indicators, the AI host is on par with its human counterparts," Xiang said.

In livestreaming sessions of popular snack company Three Squirrels, a cute, short-haired cartoon girl appears after the human host leaves, to introduce hundreds of snacks offered by the brand.

Statistics from the store showed that sales of 8 million yuan were achieved via livestreaming from Nov. 1-3, of which, sales driven by the AI host were almost the same as the real host, said Li Shucai, in charge of the brand's livestreaming business.

Zhao Kun, who led the development of the AI hosts at Alibaba's Damo Academy, said the technology requires a set of complex algorithms and engineering, including visual, audio and natural language processing, to enable the avatar to interact with viewers.

"Though new and fun, it is still a bit weird," said Xie Xuan, a Beijing resident who had watched an AI-host session, "I prefer a real host, but I wouldn't mind as long as vouchers and discounts are offered."

Virtual hosts have unleashed new opportunities for companies in promoting their brands.

Three Squirrels plans to create cartoon characters based on its own logo to be used as the virtual host in future livestreaming sessions.

"With the new image, we want to explore more possibilities of marketing the brand," Li said.