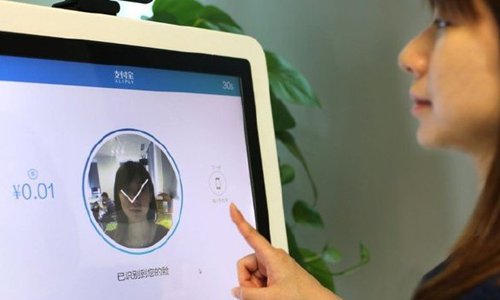 A mobile app based on AI technology that can replace face picture of an actor or actress with user's own picture went viral on the Chinese internet Saturday but it also quickly drew wide concern over possible abuse of users' privacy.

The application named ZAO, developed by Chinese dating app giant Momo began circulating since Friday night. The app allows users to upload one of their selfies and swap it with  face of a celebrity on any video from films, television dramas or entertainment shows.

For example, some swapped their face with Audrey Hepburn's in the classic movie Roman Holiday while some  replaced their face picture with Sun Li's, the leading actress in the Legend of Zhenhuan (2011), or Empresses in the Palace, which was considered the most successful Chinese TV series shown overseas.

The hashtag "Zao AI changes face" ranked 7th among the most-searched topics on Sina Weibo and the number of its download on  iOS app store has climbed to the second among entertainment apps.

However, one article of the terms of use of ZAO has been widely debated among the public as according to it, if a user grants permission to this app, it, in turn, authorizes ZAO app and its related company the right to use their portrait for free globally. The authorization could not be withdrawn and is without a time limit. The company also has the right to sublicenses and re-permission of the portrait, which is not limited to face photos, pictures, videos, and edited versions.

In actual operation, if users want to make face-changing videos, they not only need to upload their photos but also need to undergo several procedures with the authorization of the right to portrait. Just like the facial verification procedures requested by banks, users should complete the instructions of lifting their heads, swinging their faces and opening their mouths. After that, users should fill in their phone numbers and if they want to share on WeChat moment, they should authorize to connect with their Wechat accounts.

Some netizens pointed out that the terms of use create the loophole that if the criminals get hold of users' phone numbers, face photos, by using the technology, they can pretend to be users and talk to their family.

Some are worried that the app could be misused by individuals to access their Alipay account by scanning their faces and steal their money, as nowadays scanning face technology has been widely used to unlock cellphones and access mobile apps, especially e-wallet apps.

"A technology company records your face, knows your phone numbers and social media account numbers, how far it is away from  unlocking your bank card?" asked many netizens.

The AI face changing technology is not new. The technology that is used to produce so-called deepfake videos involving celebrities' image has already caused concern in China with many worrying that this deepfake technology could be used maliciously as there have been previous cases where the images of Hollywood A-listers, such as Wonder Woman actor Gal Gadot and Harry Potter star Emma Watson were spliced into pornographic content.

In the latest move to tighten its regulation on application of AI technologies, China is mulling formulating a special section in its regulations governing legal disputes following the AI face-stitching technology controversy.