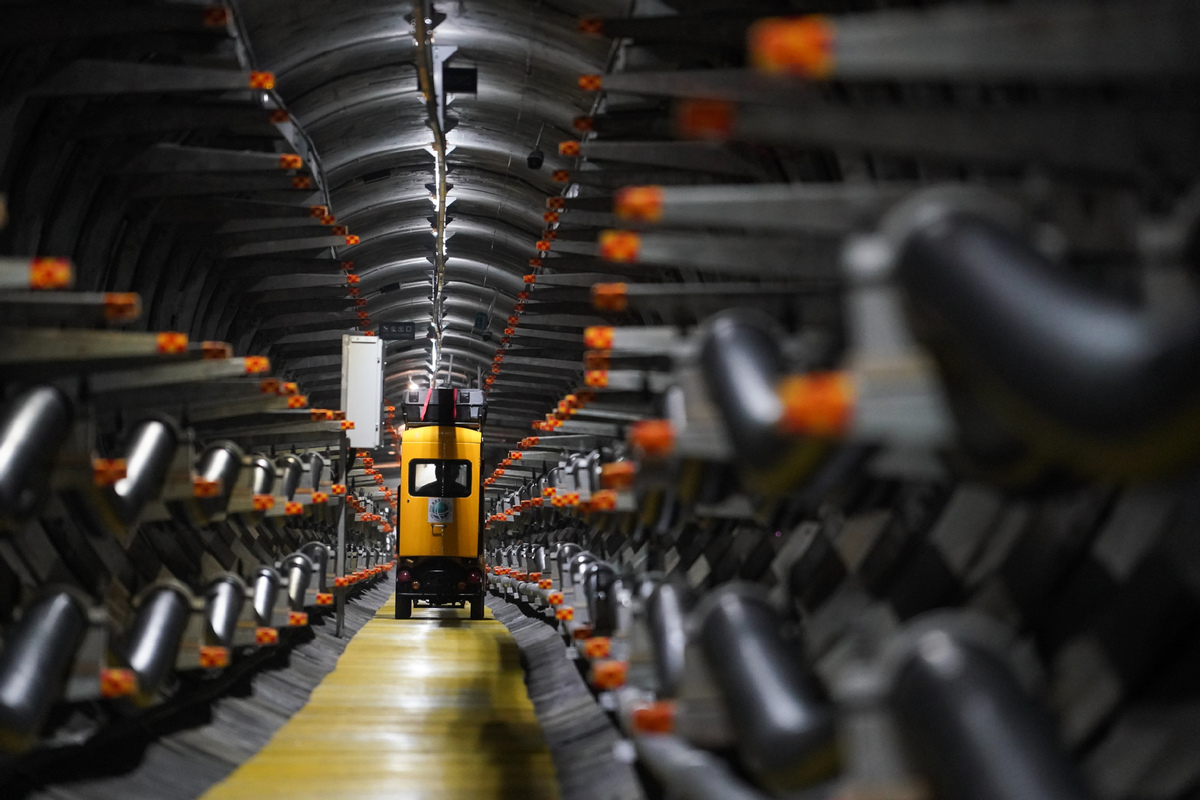 NANJING, May 28 (Xinhua) -- A high-voltage cable tunnel equipped with artificial intelligence (AI) technology and the internet of things has been put into operation in Nanjing, East China's Jiangsu province, according to its developer.

The cable tunnel stretches 5.879 km in the urban area of Nanjing. To facilitate inspection and maintenance, the State Grid Nanjing Power Supply Company has conducted digitalization upgrading of the tunnel.

The upgraded tunnel is equipped with various sensors to monitor temperature, humidity and partial discharge. More than 800 sensors of 53 types in the cable tunnel collect data in real-time and the information is automatically integrated, making it available for follow up and control of the tunnel as well as the powerline, according to Zhao Xuan, the project manager.

Workers are able to collect various data from the tunnel at the comprehensive monitoring center. The data on water level information, environmental information and traffic flow measured by electronic manhole covers can also be shared with relevant departments, Zhao said.