TECH AI to the Rescue

AI to the Rescue 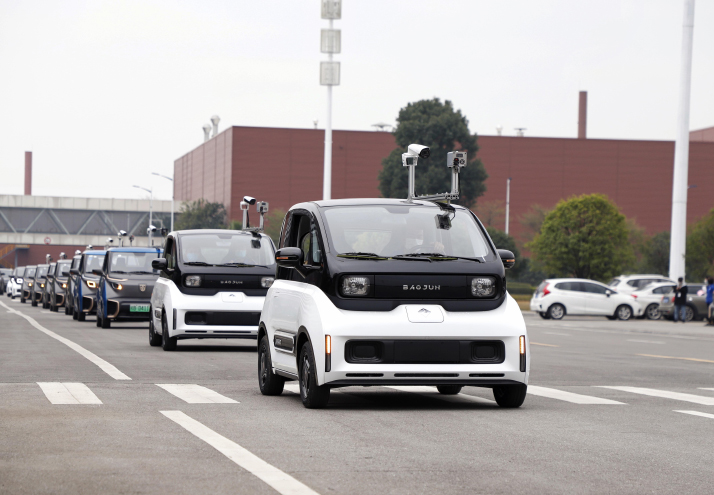 AI-based fever screening vehicles are put into service on February 20 in Liuzhou, south China's Guangxi Zhuang Autonomous Region. This system, developed by SGMW, provides non-contact temperature control at a distance of two meters, with a margin of error of 0.2 degrees Celsius. (Photo: CNS)

Upon her return from her hometown in Hebei Province in north China, Li Can, a resident of Putuo District in Shanghai in east China, received a phone call. The neighborhood committee wanted an update on her health status. But to Li's surprise, it was no ordinary interviewer at the other end of the line. It was a robot that contacted her.

"Given your situation, you are requested to remain under self-quarantine at home for the next 14 days," the machine suggested to her after a short interview.

Tracking the movement of residents at neighborhood level is essential to contain the spread of the novel coronavirus that has been prevalent in China since late December 2019. Much to the relief of Li's neighborhood committee, this new technology has taken a huge burden off their shoulders. Thanks to artificial intelligence (AI), the robot can make around 200 calls in five minutes. Manually, it would take an employee two to three hours to do the same task.

In today's modern world, AI is making its way into an increasing number of areas of daily life. In terms of the epidemic, AI is utilized to play an even more important role in the research, diagnosis, prevention and control of infections caused by the new coronavirus. 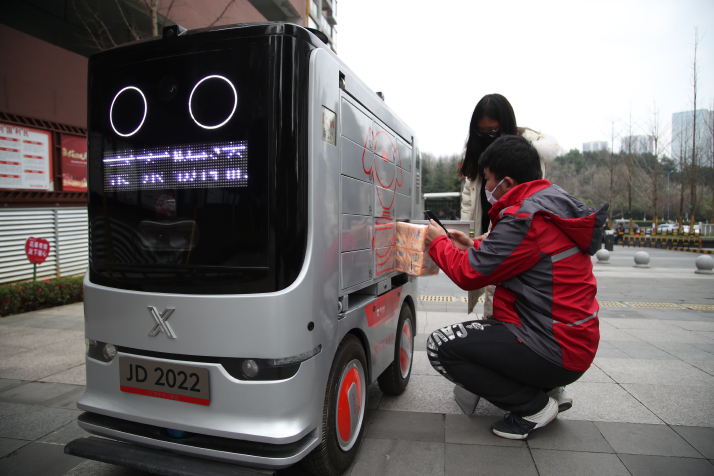 Compared to SARS, the novel coronavirus has a relatively longer incubation period, during which infected people might be contagious. Conducting research to better understand the virus has therefore become a race against time. Epidemiologists in China are currently working around the clock to develop a vaccine and treatment drugs. This process must go through an essential and basic step: the complete sequencing of the genome of the virus. The secret to stopping the coronavirus lies hidden in its genome. Like Ebola, coronaviruses are RNA viruses, which mutate faster than DNA viruses. This makes scientific research more complicated.

The use of AI could be very effective in accelerating this process. Alibaba Cloud, a subsidiary of Chinese e-commerce giant Alibaba Group, announced in January that it had broken a record by completing the complete sequencing of the high-precision personal genome in only 15 minutes, compared to 120 hours previously. For its part, Baidu, the leading search engine in China, said that its AI algorithm would be able to reduce the time required to predict the secondary structure of the RNA sequence of the novel coronavirus from 55 minutes to 27 seconds, which is 120 times faster than before.

In fact, these two companies, which have been working in genomics research for years, have joined the battle against the epidemic. Alibaba Cloud announced on January 29 that it would offer free AI computing capabilities to scientific research institutions. For its part, Baidu said its LinearFold algorithm would be made available to scientists working on the genetic sequence of the new virus. In the wake of this cooperation, China's Ministry of Industry and Information Technology suggested on February 4 that AI algorithms should be optimized to help the development of vaccines and drugs against COVID-19, and encouraged more companies to join the research efforts.

AI can also provide much needed support and relief to medical staff fighting against the virus on the frontlines.

Chest imaging is an important reference tool in the diagnosis and treatment of COVID-19. With the rapid evolution of the disease, the volume of data to be processed by physicians continues to increase. In some key hospitals, already overworked staff must interpret and act on more than 1,000 X-rays a day.

To better support medical staff in their daily work, the Shanghai Public Health Clinical Center, in association with the company YITU Technology, developed an intelligent evaluation system at the end of January. The system is capable of performing quantitative lung analysis using AI in just three seconds or less, whereas the traditional method can take up to six hours. This new AI system can assess the severity of pneumonia caused by coronavirus, accurately calculate fluid accumulation in the lungs, provide 4D dynamic pathology comparisons and suggest treatment options.

"This can dramatically reduce the workload pressure on doctors and allow them to make faster and more accurate diagnostic decisions," said Xiong Hao, Chief of the Radiology Department at the First People's Hospital in Jingzhou, Hubei Province, which has been using this system since February 5.

Meanwhile, robot maker Siasun and the Shenyang Automation Institute under the Chinese Academy of Sciences are developing a robot capable of performing throat exams to replace nurses and reduce risks of the virus spreading to healthcare personnel. Indeed, diagnostic testing for the novel coronavirus requires collecting a sample of the secretions being produced in the back of the throat, which increases the risks of infection for nursing staff. The robot, which will include a mechanical arm capable of collecting such samples, will be controlled remotely, according to Siasun.

AI is also used to minimize risks of infection for people returning to work.

To date, more than 2,000 workers in the Changsha Economic and Technological Development Zone, central China's Hunan Province, have returned to work after the extended Spring Festival vacation. At lunch time, streets in the development zone are empty. A solitary meal delivery vehicle travels between the office buildings. Developed by Xingshen Intelligent Technology, this logistics vehicle is fully automated and self-driven.

"Hello, your meal has been delivered in front of your building. Please scan the QR code to pick up your meal." A text message informs workers in the industrial park that their meal order has arrived and invites them to come and pick it up. To reduce any risk of infection, meals can be picked up without any tactile contact: customers only need to scan the QR code. The driverless vehicle can carry up to 200 meals at a time and will automatically return to its starting point once delivery is complete.

"The vehicle can be controlled with a smartphone, and it is always disinfected before it leaves and after it returns," said Li Rui, Director of Operations at Xingshen.