TECH AI use set to grow in govt offices nationwide

AI use set to grow in govt offices nationwide 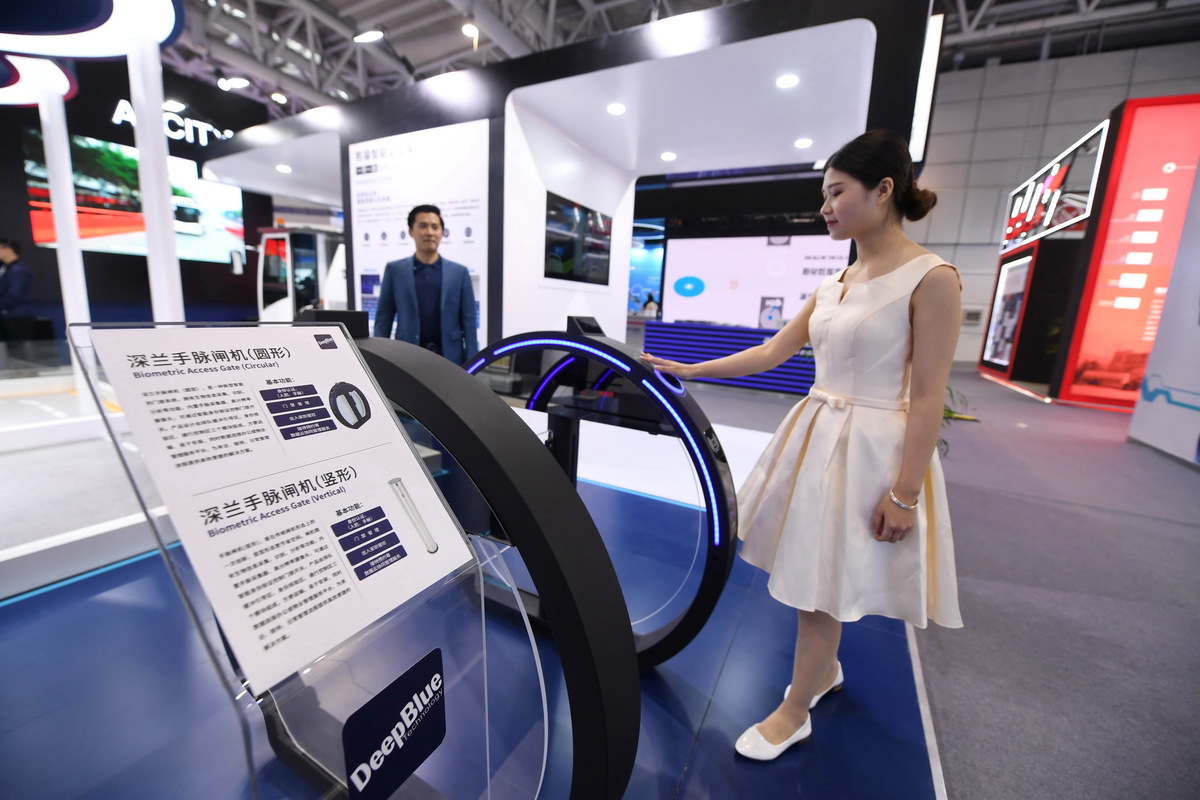 An employee with DeepBlue Technology demonstrates how to use a biometric access gate during a digital tech expo in Fuzhou, capital of Fujian province. (Photo: Xinhua)

Artificial intelligence is no longer the purview of scientists or businesses capitalizing on the rapidly emerging technology. Instead, it is giving new wings to a surprising category of users－government officials, who are now actively promoting the technology.

It is precisely this aspect that has kept Chen Haibo, founder and CEO of DeepBlue Technology, a Shanghai-based AI company, occupied in the past year by sharing his understanding of the topic through intensive writings and lectures.

So when his new book Talk About AI to Government Leadership made its debut last week in the Party School of the Central Committee of the Communist Party of China, responses were exceptionally popular.

"The subject has always attracted tons of attention and inquiries," said Chen, whose firm offers an array of AI-backed services. "You can easily sense the enthusiasm from government and State-owned enterprise representatives of all levels about utilizing this cutting-edge technology."

China has upheld AI as a key cornerstone to drive the next phase of growth, unleashing a series of policies in the past two years to bolster the sector's development. The guiding "New Generation AI Development Plan" has set 2030 as the year for accomplishing the global AI lead, with a bevy of milestones to be reached by the end of 2020.

"The pursuit of AI-related knowledge shows their eagerness for strategically emerging industries, and how they want to drive economic growth using technologies in a sustainable manner," he said.

Chen's book starts with a historical retrospect on the different impetuses driving growth worldwide, and pinpointed AI as the next engine that will revolutionize industries and power economic transformation. He has taken care to avoid technical jargon and keep the language straightforward and easy to comprehend.

"While internet represents explosion in scale and innovation in business models, the core game changer is so-called 'hard-core technologies'," he said. He said the foreseeable abundance of AI-related graduates, the wealth of data, as well as the government's determination in driving AI initiatives, are conducive to China's goal of leading the global AI pack.

It is imperative that government officials follow the AI trend, riding the next wave of information technology and swimming with the tide, said Xu Weixin, former vice-president of the school, on the same occasion when the book was unveiled.

To this end, the school held a one-day seminar with a particular focus on how smart cities should be developed with the aid of new technologies like AI and blockchain.

"We need to understand the technology and its law of development, and optimize relevant laws and regulations so as to bolster the healthy development of such emerging technologies," Xu said.

It is critical for people in leadership positions to understand the relationship between AI and the Fourth Industrial Revolution, the role of the digital economy and how technologies can be integrated into the manufacturing sector, all of which are properly addressed in the book and relevant lectures, said Ni Guangnan, an academician at the Chinese Academy of Engineering.

"And it's important to share concrete examples and case studies in the application of such technologies, making it the profound and seemingly-distant technology relevant for decision-makers at all levels," Ni said.

DeepBlue's Panda Bus fleet is an example of how AI could ensure a safe and smooth public commuting experience. The smart vehicle uses a combination of AI technologies including computer vision, biometrics, autonomous driving and voice recognition to give buses a digital makeover.

"Our deal in Tianjin is the first government procurement of self-driving buses of its kind worldwide," Chen said. "It shows the boldness and determination of how the government wants to improve people's livelihood leveraging technological leaps."

A recent report by global consultancy Accenture pointed out that AI has the potential to add as much as 1.6 percentage points to China's economic growth rate by 2035.

"Policymakers should prepare the next generation for the AI future … and advocate a code of ethics for AI," wrote Mark Purdy, managing director Accenture Research and lead author of the report.