Two years later, Darren Ho would still remember hiding in a field of tall grass standing watch with two of his business partners. Their eyes are peeled open, trying to spot the black soldier flies.

One of them finds three, rushes forward, cups them in his hands, and transfers them slowly into a container.

Back in their fledgling startup, they release the flies into a netted area, hoping they've caught at least one female fly. 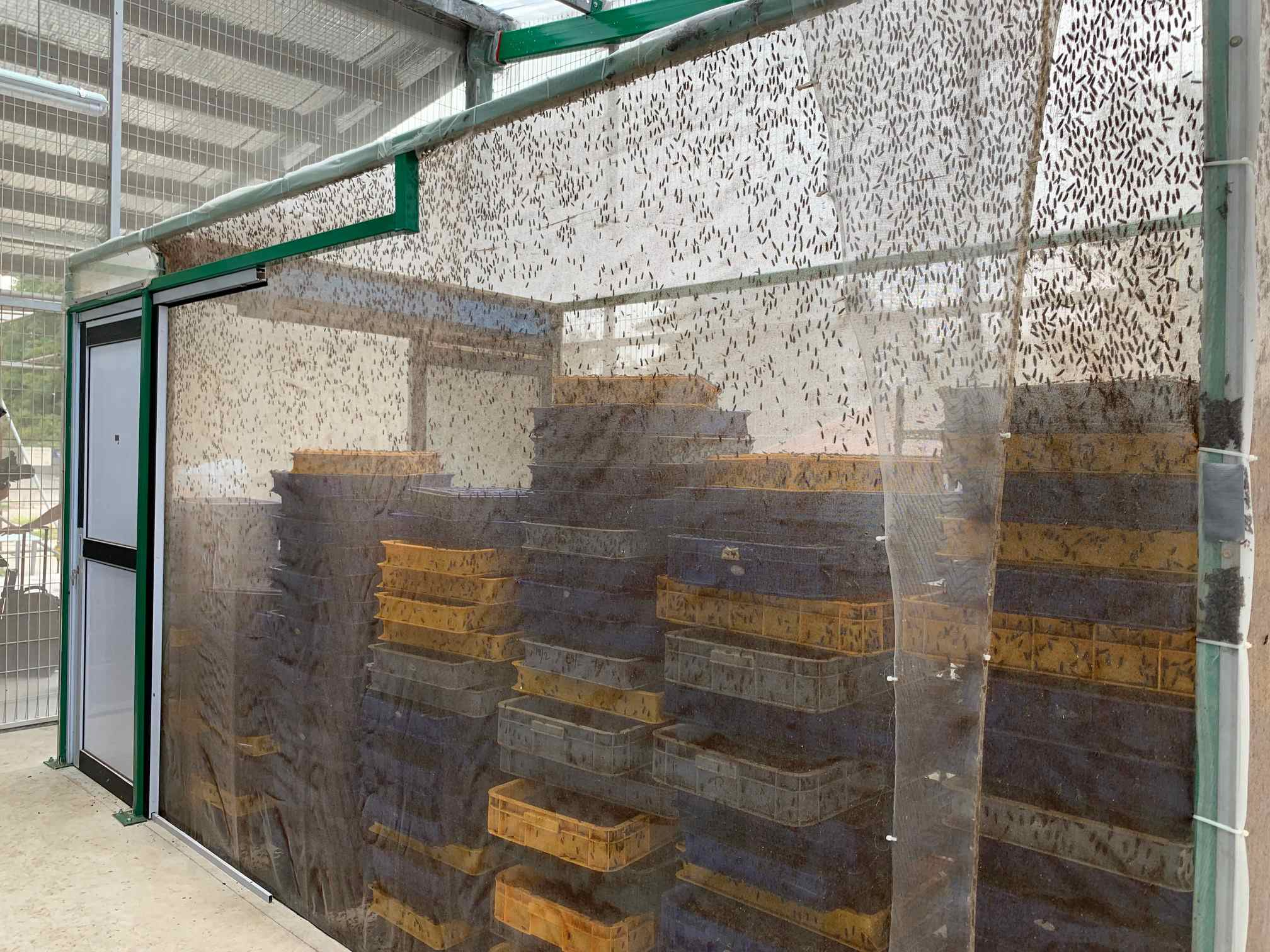 The Black Soldier Fly (BSF) is a species of fly native to Singapore. Females lay about 600-800 eggs. /CGTN Photo

These flies are capable of turning food waste of any kind into fertilizers. The females lay their eggs on the waste, and the larvae chows through them.

By Ho's estimation, each day, about 130,000 larvae gobbles six kilograms of food waste, and turns them into fertilizers.

"Presently, we can convert about 1,000 kilograms of food waste into fertilizers, which is 10 times more than what we treated when we first started. With more flies, we can get more," the 30-year-old entrepreneur told CGTN.

Today, the company, Insectta, has become an empire of thousands of flies – and counting.

"We have expanded by at least three times since we first started two years ago, and we are fairly confident that this will take off in the near future," said Ho. 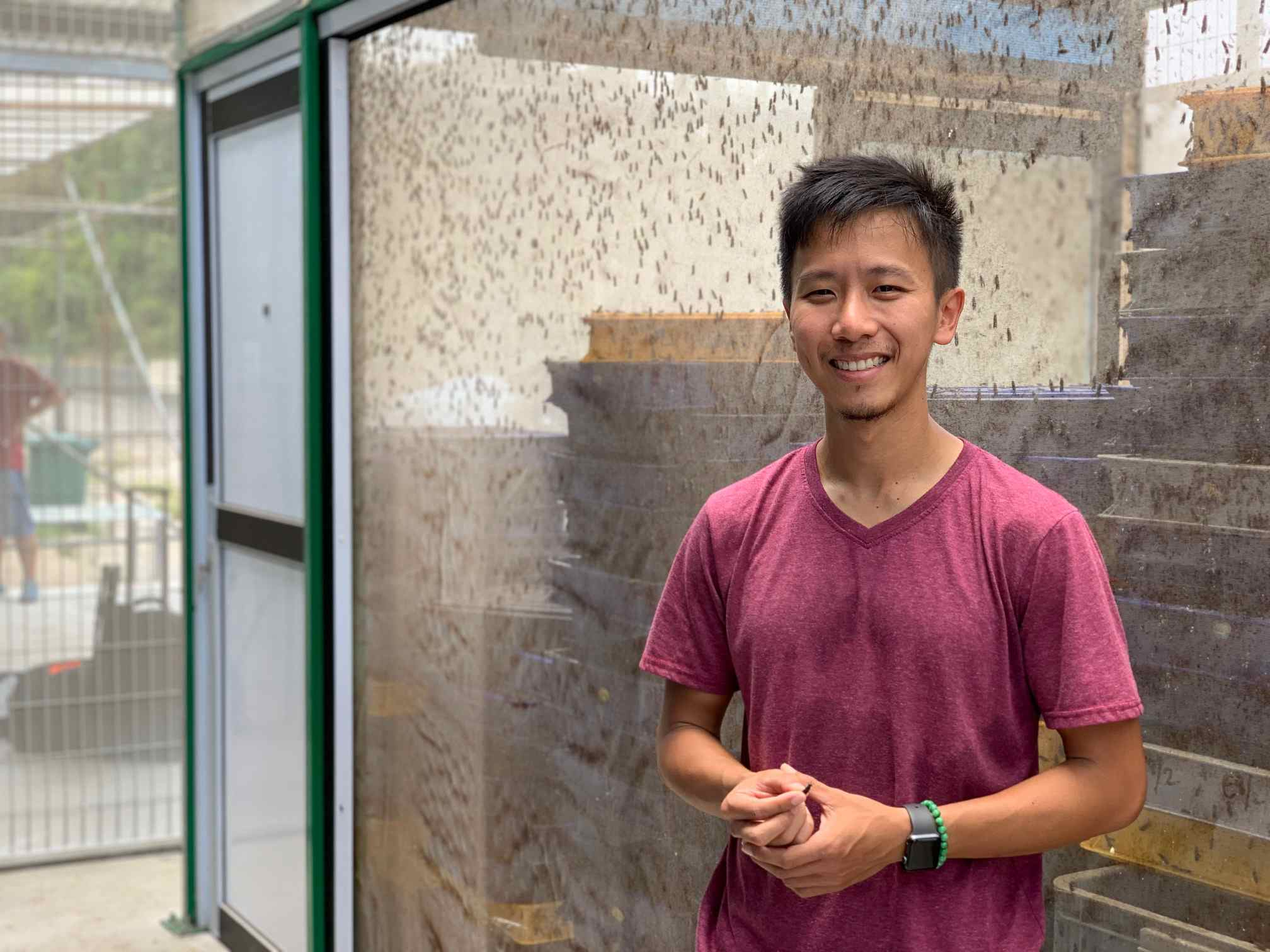 Although food only makes up 10 percent of the city-state's waste volume, authorities expect that amount to increase.

Singapore is known as a food-loving nation. Its hawker culture even received an international nod in Hollywood film Crazy Rich Asians.

But like any metropolis with a burgeoning population, food waste can rise exponentially.

"Food wastage? A lot of it. You go to the hawker centers and you see people wasting food, they just east about 20, 30 percent. A lot of it gets disposed. It's quite prevalent," said one Singaporean. 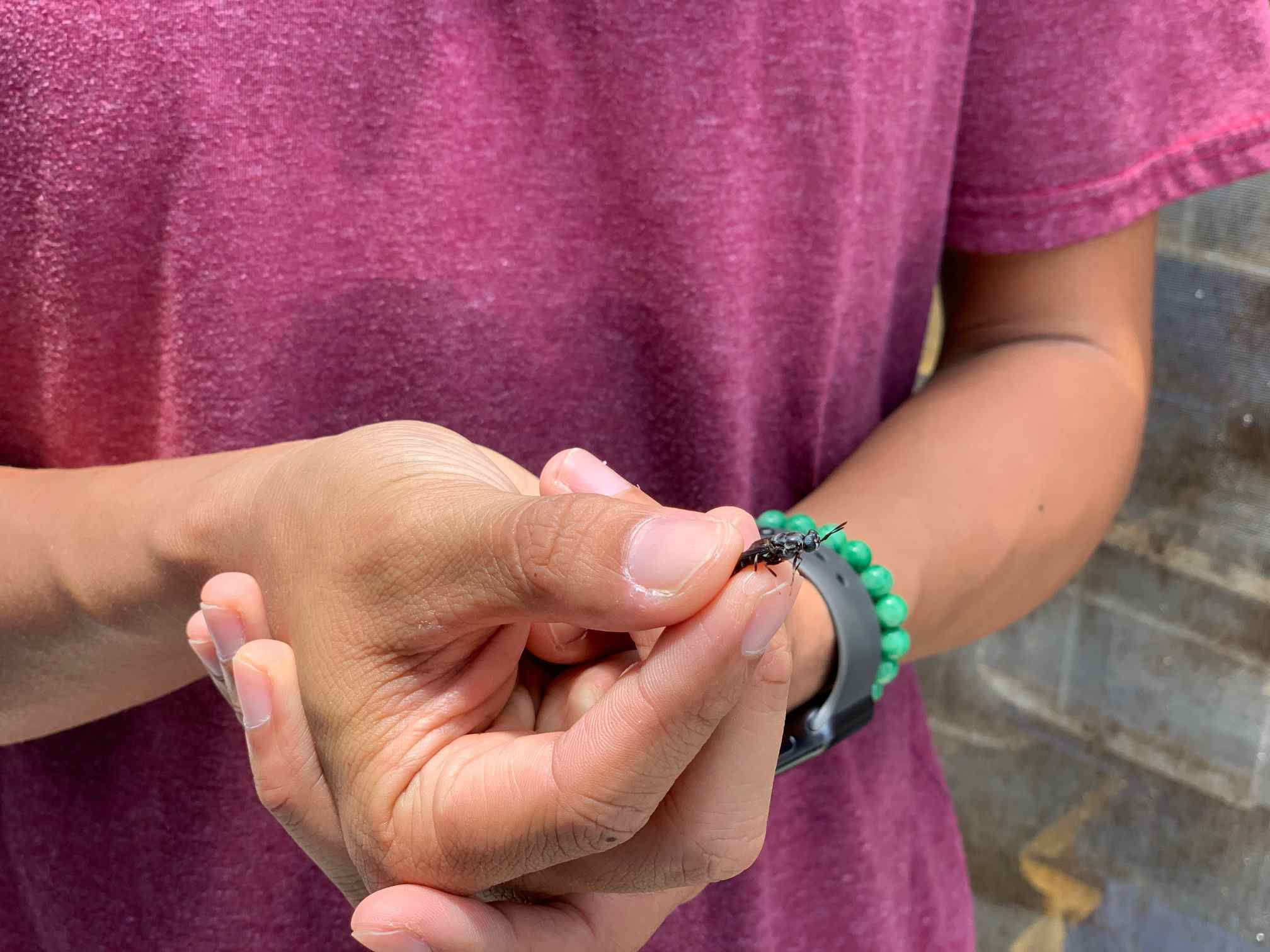 The country's Minister for Environment and Water Resources said that Singapore is dedicating 2019 as the year of zero waste.

She made the comment at an annual budgetary meeting early March, and said that the ministry plans to launch a year-long campaign to lower food wastage.

"Singaporeans love their food, yet food waste is the second-largest waste stream to be disposed of. There is clearly more we can and should do together," the chief executive officer of the National Environment Agency told a Singapore broadsheet in February.

Singapore burns its rubbish, including leftover food scraps, and then dumps them on an island south of the mainland it calls Semakau.

The amount of waste disposed has increased seven times in the past 45 years, according to Zero Waste Singapore, an NGO dedicated to reducing the amount of trash.

"If this continues, the projected lifespan of our Semakau Landfill would be about 35 years, and additional incineration plants would have to be built every seven to 10 years," according to Zero Waste's website.

The NGO wants to get the public involved in tackling this mounting problem. And Insectta targets food waste, which is the hardest to recycle.

"Food waste, at the end of the day, has a lot of moisture, so it's very hard to burn them away. In that sense, when we feed them into a value-added media, like an insect, we'll be able to get more out of it," said Ho.

An infographic on Zero Waste's website claims that cutting 15 percent of food waste is the equivalent of removing 86,000 cars off the roads.

Insectta currently gets their food waste from breweries and soya bean manufacturers due to regulations. However, Ho says post-consumer waste such as leftover food from food stalls is their goal.

"Right now, regulatory requirements only allow us to turn pre-consumer waste, so we're not allowed to go to hawker centers," Ho said.

He added that they are working closely with the government in terms of trying to understand food safety within their regulatory approach.