In the next five years, the loss will rise to 190 billion U.S. dollars, equivalent to nearly 1.7 percent of the country's GDP. The toxic air is already causing irreversible respiratory ailments among children under five, a study released on Monday said. 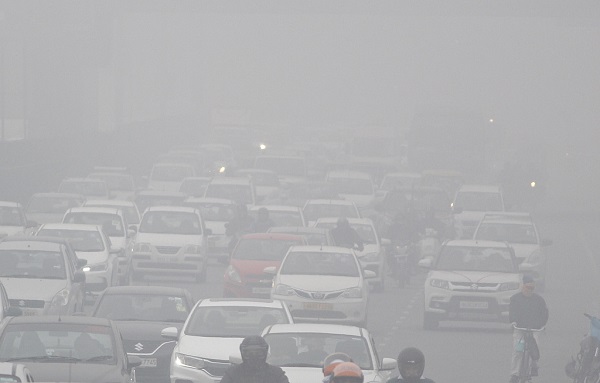 After the harvest, farmers in northern Indian states burn millions of tons of wheat and rice stubble to clear their agricultural fields. The country's bread basket Punjab alone burns more than 44 to 51 million metric tonnes of crop residue each year.

The study based on health data collected from 250,000 individuals and NASA satellite data reveals outdoor air pollution in the region has increased by 16.6 percent in the last decade.

There has been a three-fold increase in the risk of Acute Respiratory Infection (ARI). "Severe air pollution during winter months in northern India has led to a public health emergency,” said Suman Chakrabarti from the University of Washington, co-author of the study.

Crop burning will add to pollution and increase healthcare costs over time if immediate steps are not taken to reverse the situation, Chakrabarti warned.

Apart from agricultural residual waste burning, harmful gases from open drains, firecrackers during the festival of Diwali, and use of biomass for cooking further contribute to air pollution.

The study estimated that 14.4 percent of ARI cases were attributable to crop stubble burning and 6.6 percent caused by firecrackers in 2013. 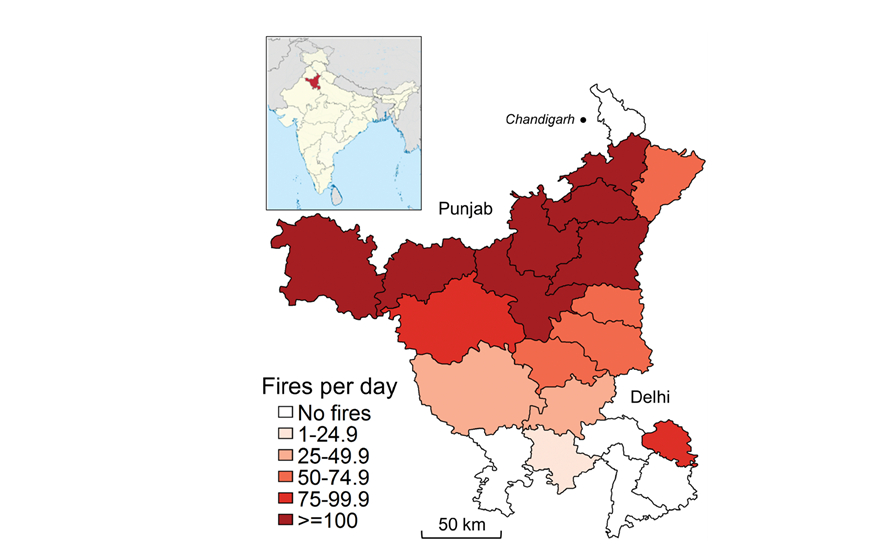 Average number of fires per day during October and November 2013 in districts in Haryana. Fire data from NASA-MODIS-FIRMS, 2013. (Inforgraphic: Oxford University Press)

“None of the existing studies have directly linked crop burning to ARI,” researchers maintained. In the next five years, crop stubble burning and firecrackers will lead to an economic loss of nearly 190 billion U.S. dollars equivalent to 1.7 percent of India's GDP, the study calculated.

Researchers suggested immediate government intervention to control air pollution. "Programs and policies must simultaneously address indoor and outdoor pollution through a possible combination of bans and agricultural subsidies,” Avinash Kishore, a co-author of the study suggested.