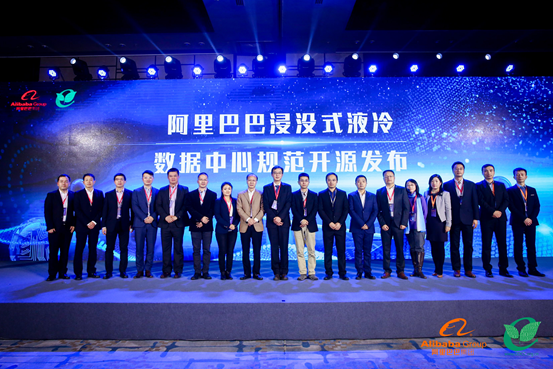 Immersion cooling systems sink server components in a dielectric coolant, with a secondary water circuit typically responsible for removing heat from hardware. This approach promises to improve cooling efficiency and reduce power consumption, but has yet to find mainstream popularity due to a lack of norms to standardize the industry. Alibaba's newly-released standards will focus on the design, construction, deployment and operation of an immersion cooling data center, and normalize the technical specs and parameters of the liquid-cooling subsystem as well as the processors, network devices and the supporting infrastructure, which is expected to outline a guidebook for how to build a new type of an environmentally-friendly and energy-efficient data center.

In recent years, Alibaba has been getting increasingly concerned about the environmental impact of its data center, hoping to reduce the energy consumption of its facilities by adopting new approaches to cooling. After wind and water, immersion cooling could reduce overall data center operations costs by as much as 70 percent. It is also easier to deploy than mechanical air cooling, since it doesn’t require additional equipment like air handling units, exhaust fans, dehumidifiers, chillers and CRACs, and there’s no need for raised floors.

"What is missing in China's data centers is not innovation, but craftsmanlike innovation," said Gao Shanyuan, chief architect of Alibaba Infrastructure Services.