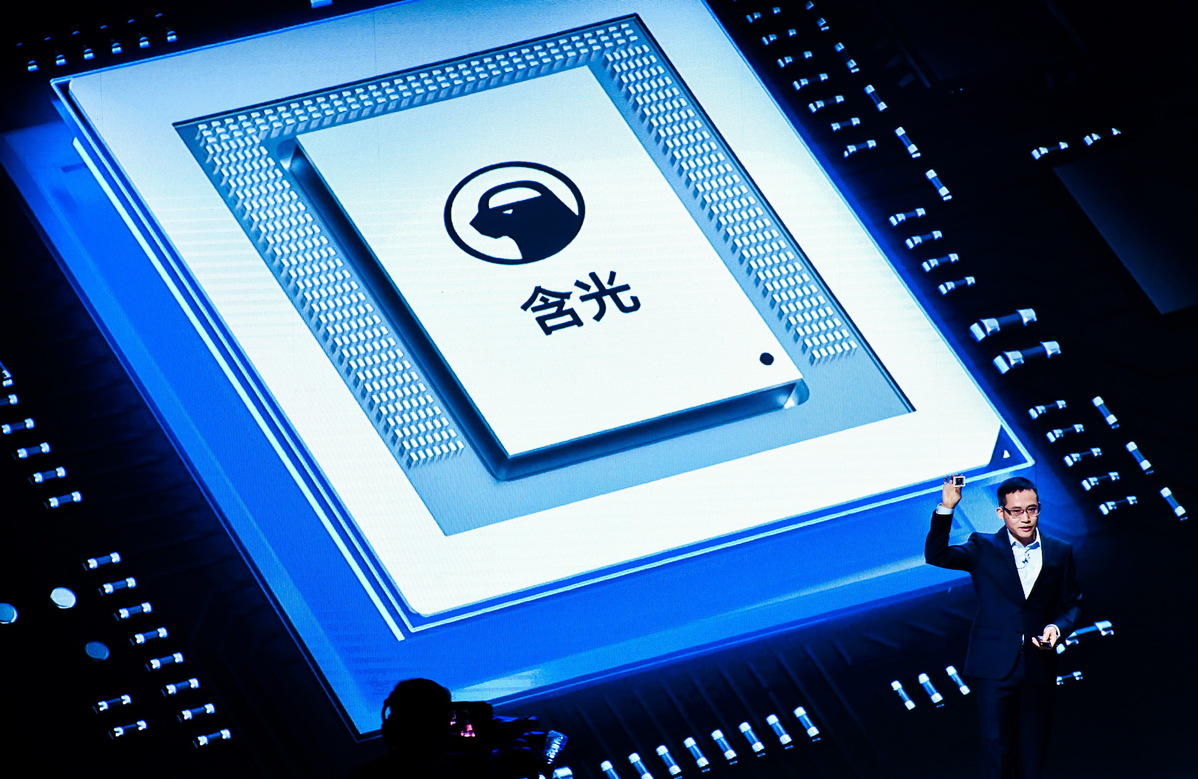 "The launch of Hanguang 800 is an important step in our pursuit of next-generation technologies, boosting computing capabilities that will drive both our current and emerging businesses while improving energy-efficiency," Jeff Zhang, Alibaba chief technology officer and president of Alibaba Cloud Intelligence, said in a statement.

"We plan to empower our clients by providing access through our cloud business to the advanced computing made possible by the chip, anytime and anywhere."

The chip was developed by DAMO Academy, a research institute Alibaba launched in late 2017, and T-Head, the company's specialized semiconductor division.

While not for commercial sales at the moment, the chip is currently being used in optimizing consumers experience such as product search and automatic translation on e-commerce sites, personalized recommendations, advertising, and intelligent customer services.

For example, around one billion product images are uploaded to Taobao, Alibaba's e-commerce site, every day by merchants. According to Zhang, earlier it used to take the machine an hour to categorize such a large volume of images for tailored searches and personalized recommendations for consumers. But with Hanguang 800, it takes just five minutes to complete the same task.

"The differentiator here is that algorithms are directly built into the chip. Alibaba is proving that its technological strength not only lies in software, but hardware as well," said a senior technology executive with over two decades of industry experience, who also attended the launch event.

Alibaba said its single-chip computing performance reached 78,563 IPS at peak moment, while the computation efficiency was 500 IPS/W during the Resnet-50 Inference test, both of which it said were "largely outpacing industry average".

Normally chips are largely classified into training-feeding algorithms to machines to recognize and categorize objects, and inference based on training, taking real-world data and quickly coming back with the correct answers, the source said.

"While traditionally GPUs enhance the capabilities to do the training, i.e. recognize items, NPUs are better at inference, i.e. enriching application scenarios," he said.

Alibaba had earlier released its first core processor IP based on RISC-V open-source chip architecture. Such architecture will provide the company an alternative to the dominant architecture supplied by ARM Holdings, the source added.