TECH All major cities to get 5G network by end of 2020: MIIT statement

All major cities to get 5G network by end of 2020: MIIT statement 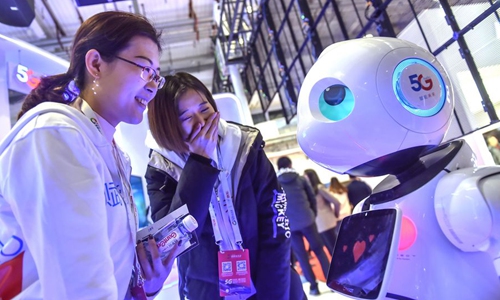 China, as a frontrunner of 5G technology, will strive to extend the next-generation network coverage to all prefecture-level cities by the end of 2020, according to a statement sent to the Global Times by the Ministry of Industry and Information Technology (MIIT) on Monday.

Experts noted that China maintains great advantages in the 5G race though other rivals have been ramping up efforts to compete.

China has officially launched 5G commercial services with 126,000 base stations in operation nationwide, the statement said.

The country will also keep improving the quality of network supply, and focus on providing extensive internet coverage in border and remote areas, said the statement.

2019 has been a crucial year for the large-scale deployment of 5G base stations across China.

In terms of the development of 5G, China maintains advantages in most aspects, including rapid development speed, strong telecom carriers, a sound network basis and full support from governments, Ma Jihua, a veteran industry analyst, told the Global Times.

Ma forecast that 5G-related infrastructure and services in China would experience a rapid development phase starting from the second half of next year.

Since Chinese technology companies have a competitive edge, they have been encountering crackdowns by global rivals, such as the US, which has restricted 5G technology giant Huawei from buying technology and parts from US companies, and overbearingly lobbying other countries to stand clear of Huawei.

"US' pressure has dragged down Europe's development speed of 5G… and the US itself has not seen obvious progress in 5G construction though its government has been urging its carriers and companies to speed up related research and development along with its crackdown on Chinese companies," Ma said.

In the US, the Pentagon is urging US telecoms equipment makers to join forces on 5G technology in a drive to offer a domestic alternative to China's Huawei, said a report by the Financial Times on Sunday.

Compared with China, the US has several obstacles in 5G development, such as dispersed inhabitants, refusal to cooperate with advanced developers and highly interest-oriented carriers that may not be willing to put in as much prior-period investments as Chinese carriers, Ma noted.