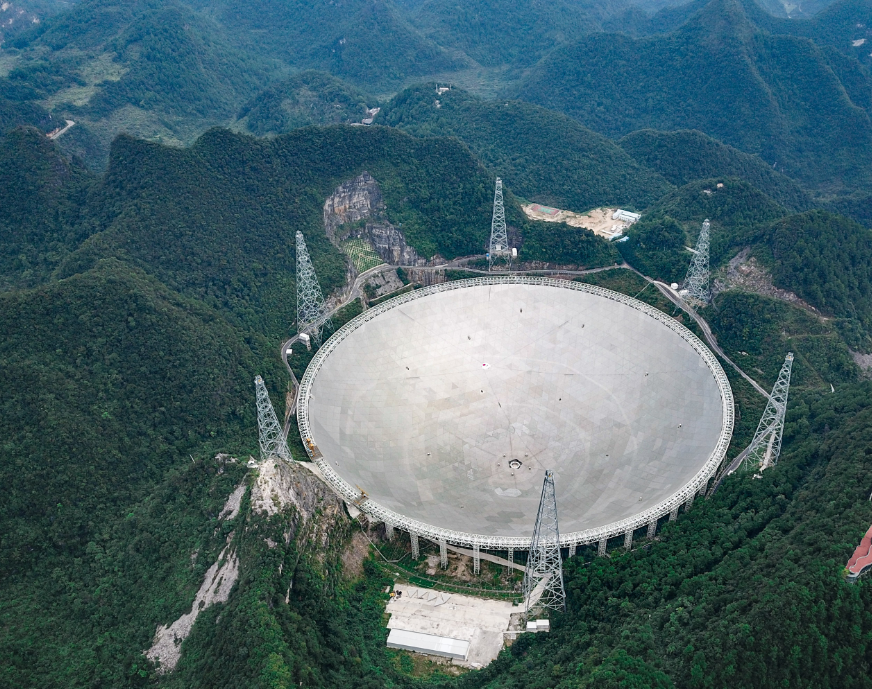 WASHINGTON, Feb. 17 (Xinhua) -- American and Chinese scientists have called for international collaboration in science research at the ongoing annual meeting of American Association for the Advancement of Science (AAAS) to build more trust between two countries.

It came after a Chinese elementary particle and accelerator physicist making a roadshow for China's megascience projects in high energy physics at a seminar.

Wang Yifang, director of the Institute of High Energy Physics (IHEP) of the Chinese Academy of Sciences, reviewed how China and the United States worked together to complete a neutrino experiment at China's Daya Bay Reactor and envisioned to have more such cooperation in a cosmic ray observatory project called LHAASO and a more ambitious circular collider in the pipeline.

"Actually, in past 30 years, no large-scale high-energy physics project was done by one country," Wang told Xinhua. "And now it is the time for newly developed emerging countries to contribute more to science."

Wang was echoed by Caroline Wagner, a science policy expert at Ohio State University. Wagner told Xinhua that the "openness" was critical for basic science research and the key to it was "to share," at all levels.

International collaboration is a major topic on this year's AAAS meeting with a theme of "Science Transcending Boundaries." It came against looming challenges for international scientific partnership.

Peter Michelson, a Stanford physicist, attributed them to an era of renewed nationalism and anti-globalization and of evidence-based research losing ground.

"The best collaborators may be in other countries, and former graduate students and postdocs are potential collaborators," said Michelson.

However, a memo released by the U.S. Department of Energy (DOE) last November restricted DOE-funded researchers working in "emerging research areas and technologies" from collaborating with colleagues from unspecified "sensitive" countries, which may block many foreign research cooperation and cast shadows on others.

Ali Khounsary, a research professor of physics at Illinois Institute of Technology, lodged his objection at a seminar, saying choosing collaborators by their citizenship "unbelievable."

"Cooperation in basic science should be immunized from politics and developed in a global way since we have common interest, common benefits and risks, common tools and methods and common issues," said Wang.

Michelson took delight in talking about a collaboration between China and the United States to have discovered the millisecond pulsar for the first time.

More than one-third of investment and researchers of Daya Bay Reactor neutrino experiment came from the United States, according to Wang.

Jonathan Adams, an analyst at Philadelphia-based Clarivate Analytics, told Xinhua that the top institutions, which are the major players in science research, "need to recruit talent globally" to gain their leadership.

Wang said that the competition between different groups and projects were incentives for science progress, but within a group or a project, researchers with diversified background could produce better results, or in Michelson's word "collaborate to compete."

The U.S. institutional authors collaborate most frequently with authors from China, currently the largest producer of publications. China accounted for 22.9 percent of U.S. internationally coauthored publications in 2016, according to the latest science and engineering indicator released by the U.S. National Science Board.

Some Americans are skeptical about U.S.-China cooperation, partly due to lack of trust, said Wagner, but "we should collaborate to build trust," "rather than stop it until we have trust."

AAAS is the world's largest general scientific society and its annual meetings promote communication among policymakers, researchers and the public.